With only 2.6 per cent of adults fully vaccinated, the country awaits promised doses.

With only 2.6 per cent of adults fully vaccinated, the country awaits promised doses. 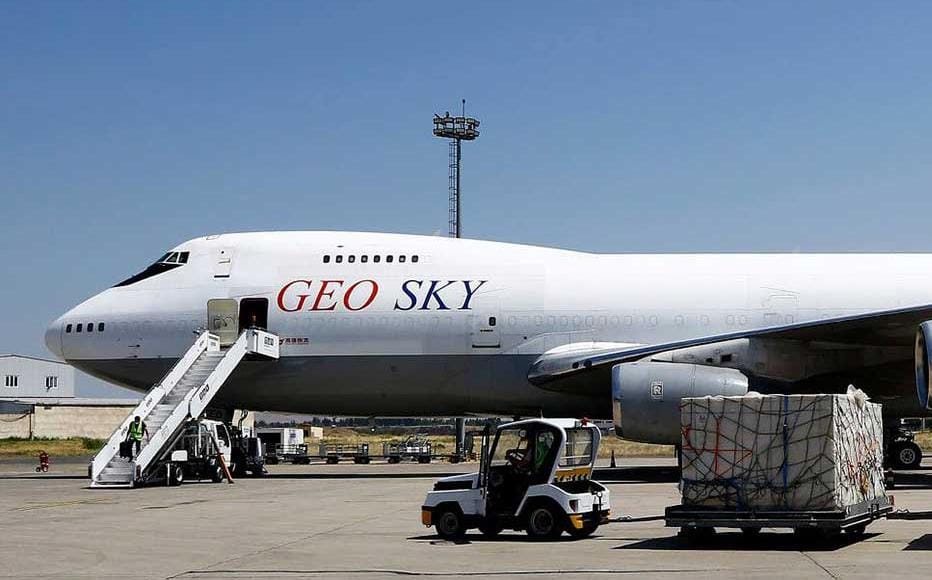 A million doses of the Chinese vaccine sinopharm and sinovac vaccine arriving to Georgia. © The Georgian Ministry of Health
The link has been copied

Georgia’s vaccination roll-out has run into trouble, with problems over availability and a high level of public scepticism in the entire programme.

Only 2.6 per cent of adults have been fully vaccinated, with more doses to be delivered soon from the global COVAX initiative. According to the National Center for Disease Control and Prevention (NCDC), the rate of vaccination is also dependent on the health system’s capacity to deliver them.

Although AstraZeneca and two Chinese vaccines, Sinopharm and Sinovac are theoretically currently available, the health system is struggling to administer all the available doses. In addition, the NCDC vaccine registration portal has repeatedly crashed.

The death of a nurse after she received the AstraZeneca jab just four days after vaccinations started in Georgia on March 15 also significantly undermined trust in the vaccine.

A spokesperson for the Medalpha clinic in the Ozurgeti municipality of Guria said that the nurse’s death, in the Samtskhe-Javakheti region, had had “a very negative impact” on locals.

“On the day of her death, we administered all the vaccines,” the representative explained. “But the next day, the 14 people who had booked vaccines all cancelled after they heard about the death. The next week we stopped the process altogether. We have had a certain increase in the last week, but some people still [preferred to wait for] Pfizer.”

We will have to work hard to restore trust

The nurse’s exact cause of death remains unclear, with suggestions that her anaphylactic shock was not treated fast enough. The Georgian Medical and Pharmaceutical Regulatory Agency has yet to issue its final report.

“We will have to work hard to restore trust,” said deputy health minister Tamar Gabunia at the time.

Vaccine skepticism had already been high before the nurse’s death, with surveys indicating that half of Georgians were reluctant to get the jab.

Following the nurse’s death, delivery of the AstraZeneca vaccine was paused until May 11, when it was approved for those aged 45 and older, though people continued to remain hesitant.

As a result, some turned to what was then the most readily available vaccine, the Chinese made Sinopharm, which began distribution on May 4. Sinovac also became available starting May 24.

However, due to a lack of transparency in the clinical data, many Georgians hesitated to register for the Sinopharm vaccine and preferred to wait for US vaccines approved by the Food & Drug Administration, which has been far more open with the public.

This was an unwise move, according to experts.

“I would not differentiate Covid-19 vaccines by their producers,” said Akaki Zoidze, associate professor at Ilia State University and the former head of parliament’s health committee. “All the vaccines recommended by WHO which protect us from chronic disease and death should be given equal amounts of trust. Maybe the AstraZeneca vaccine did not have as good a PR and marketing campaign as the American vaccines, but it is as good as they are.”

Another issue has been the lack of a robust campaign to encourage vaccinations. The Georgian government approved a national plan for vaccination in January 2021 which included a 1,662,800 lari (520,000) budget to “create and increase demand” for the jabs.

However, there has been no sign of a robust media campaign about the Covid-19 vaccine in particular or the importance of immunisation in general.

Popular national TV stations have not featured videos or animations encouraging people to be vaccinated, and billboards about the campaign only appeared on the streets of Tbilisi two months after the vaccination programme began.

A spokesperson for the ministry of labour, health and social defence told IWPR that the awareness campaign was the NCDC’s responsibility and was largely funded by foreign donors.

The NCDC Facebook page hosts daily updates about vaccinated citizens and occasionally features videos about immunisation, but has few likes or shares.

In March, NCDC deputy director Amiran Gamkrelidze told reporters that the vaccination campaign was not “aggressive” because “we did not have a tangible guarantee that we would get vaccine doses, though there was a close communication with COVAX”.

According to COVAX, Georgia will soon receive 129,600 AstraZeneca and 29,250 Pfizer doses. About six million doses are needed to fully vaccinate the whole population.

Tiko Tsomaia, a medical lecturer at the Georgian Institute of Public Affairs said that the delays were unfortunate but to be expected.

“The world has always been unfair,” she said.  It is very unfair and it actually shows a very unequal development of our planet. But still, as long as the pandemic is global, developing countries will still get the vaccines, it will just be a little later.