So far, Moscow has given only a guarded response.

So far, Moscow has given only a guarded response. 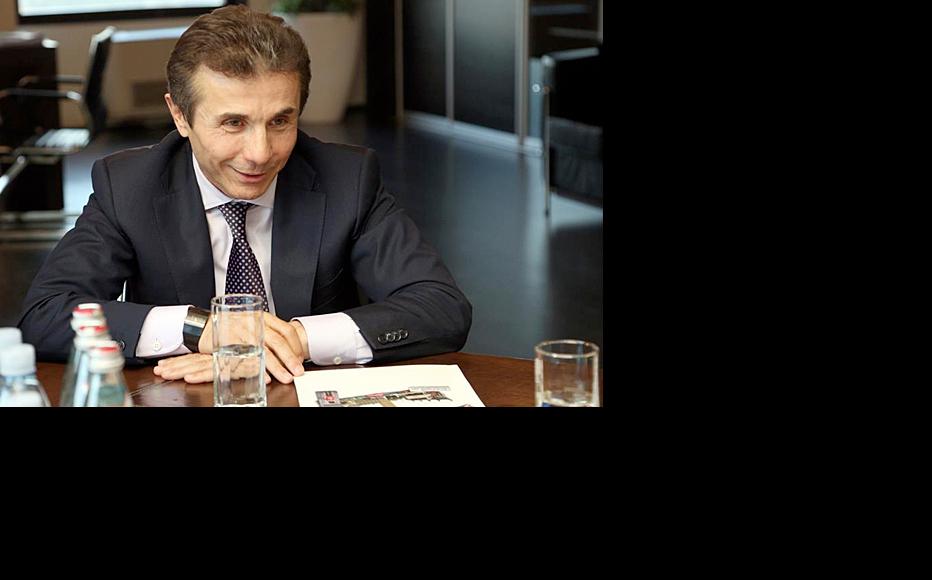 Georgia’s new government is reaching out to Russia after nearly a decade of troubled relations, but so far Moscow has responded coldly to the friendly overtures.

The new Georgian prime minister Bidzina Ivanishvili, who made his fortune in Russia in the 1990s, has appointed diplomat Zurab Abashidze as his special representative for relations with Moscow.

“In creating this position, Georgia has taken a first step towards fixing its relationship with Russia,” said Ivanishvili.

The main issues that divide Moscow and Tbilisi are the latter’s desire to join NATO and Russian, and Russia’s support for Abkhazia and South Ossetia, two breakaway regions which it has recognised.

With Bidzina in office, the personal enmity between presidents Vladimir Putin and Mikheil Saakashvili is likely to become less of an obstacle to relations. But his envoy still faces a difficult task one since neither government is prepared to retreat from its entrenched positions.

Abashidze has extensive experience in Russia, having served as ambassador there in 2000-04. Before that, he headed Georgia’s diplomatic mission to the European Union and NATO.

After years of verbal sniping, Russia banned imports of Georgian wine, mineral water and other products in 2006. Officially this was because they failed to meet hygiene tests and standards, but the move was interpreted as punishment for Saakashvili’s relentlessly pro-western course.

In August 2008, the two countries fought a brief war when Russia intervened to prevent Georgia regaining control of South Ossetia.

Immediately after this, Moscow recognised both South Ossetia and Abkhazia as independent states.

In its campaign for October’s parliamentary election, Ivanishvili’s Georgian Dream coalition promised that improving ties with Russia would be a top priority.

Ivanishvili underlined that as an aim when he appointed Abashidze.

“Our countries are linked by a long history. We lived together for a long time before the Soviet Union, during its existence, and after it collapsed,” he said. “Now we must first regulate matters and then move to a new kind of relationship.”

In other signs of a more conciliatory approach, Paata Zakareishvili, the minister for reintegration – responsible for dealing with Abkhazia and South Ossetia – has indicated that Georgia will take part in the 2014 Winter Olympics in Sochi. For Tbilisi, the location has been problematic since the games could be used to boost Abkhazia’s economy and political legitimacy – Sochi lies just across its northern border.

Georgian officials have also floated the idea of reopening the railway line running up the coast to Russia via Abkhazia.

Analysts in Georgia read these moves, together with Abashidze’s appointment, as initiatives to open up direct contacts with the Kremlin.

“The creation of the position [special envoy] looks like a goodwill gesture. Tbilisi is thereby saying it’s ready for serious consultations with Moscow,” said Kakha Gogolashvili, a researcher at the Georgian Foundation for Strategic and International Studies.

If Ivanishvili was hoping his initiative would get a warm response from Moscow, he was disappointed.

“I will say only that he is known here for his work as ambassador to our country and for the trips he’s made. He is personally well acquainted with Russia,” Lukashevich said.

While Moscow had taken note of statements coming out of Tbilisi, he said, “We are waiting for concrete, practical steps from the new Georgian government.”

During his first trip abroad since his election victory last month, Bidzina used a press conference in Brussels with European Commission president Jose Manuel Barroso to express his regret at Moscow’s lukewarm reaction.

“Our government… is disappointed by these statements. There hasn’t yet been an equivalent response from Russia. We’re waiting and hoping for the Russian authorities to analyse the situation and act accordingly,” he said. “An escalation between the two countries is not what either side wants.”

Akaki Minashvili, a member of parliament from Saakashvili’s defeated United National Movement, said he doubted the new envoy would make any progress.

“I don’t think that Abashidze will be able to improve relations with Russia. First, because the main problem is Russia itself. It wants to expand and increase its influence over Georgia. It wants Abkhazia and Tskhinvali region [South Ossetia] to be independent states,” he said.

While breaking with Saakashvili’s anti-Moscow policies, Ivanishvili reaffirmed that he had no plans to halt progress towards integration into NATO.

Some analysts argue, however, that Russia might use the prospect of offering a market to Georgian products as leverage to force the country to give up on its NATO ambitions.

Gogolashvili said that although Russia has joined the World Trade Organisation and is thus obliged to open its borders to Georgian goods, it still has ways of creating obstructions.

“Let’s not forget that Russia often violates the deals it makes with small countries and gets away with it,” he said.

He said a political will in Moscow to pursue a better relations with Tbilisi would be the “decisive factor” for change, but even then, the real motive might be merely to mute international criticisms of Russian support for Abkhazia and South Ossetia.

“The only thing Georgia has left is international pressure on Russia,” he said. “If we lose our international support, we have effectively no levers with which to oppose Russian pressure.”

Russia, Georgia
Diplomacy
Connect with us