Despite millions spent by the state and international donors, there is still poor access to proper sanitation.

Despite millions spent by the state and international donors, there is still poor access to proper sanitation. 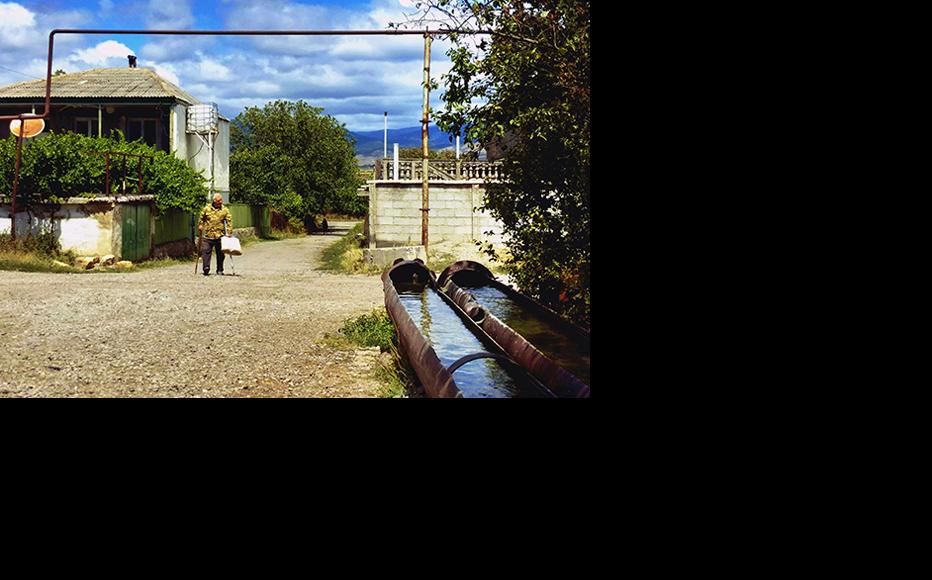 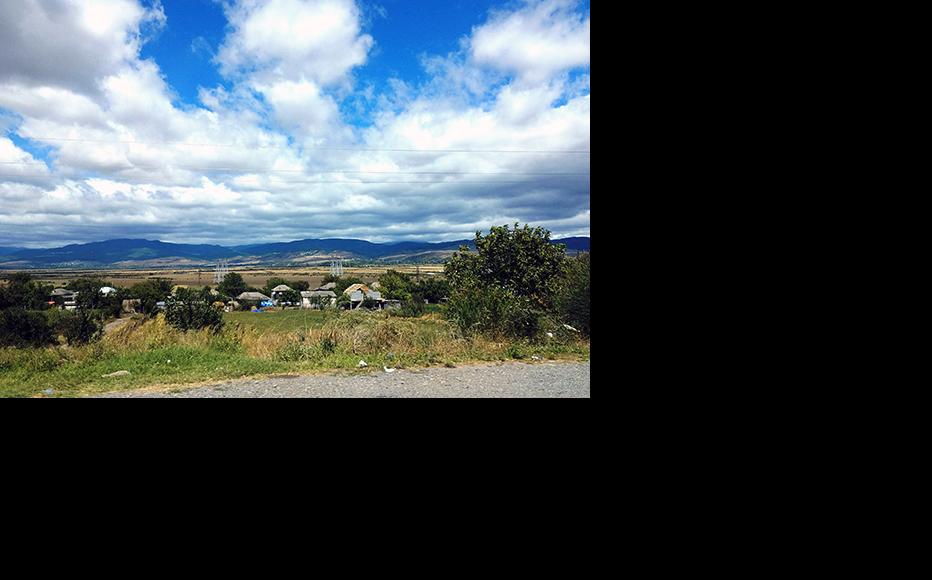 The village of Nadarbazevi is located in the so-called buffer zone within the occupied Tskhinvali region. However, the village is very isolated, despite its proximity to the main highway. (Photo: IWPR) 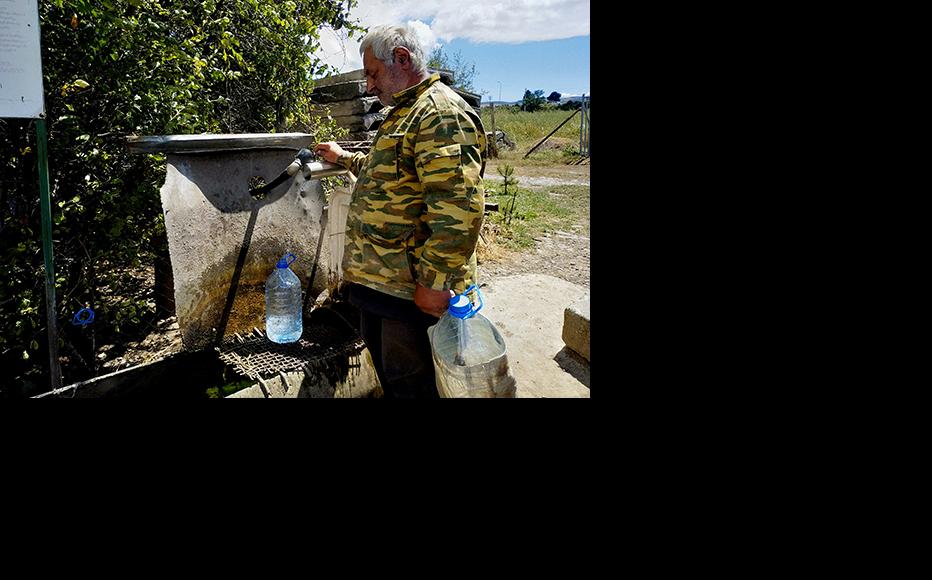 Spring water, which constantly flows from this handmade tap, is the only water source for the village of Nadarbazevi. (Photo: IWPR) Tamar Papiashvili’s family was lucky to have a water reservoir. (Photo: IWPR) 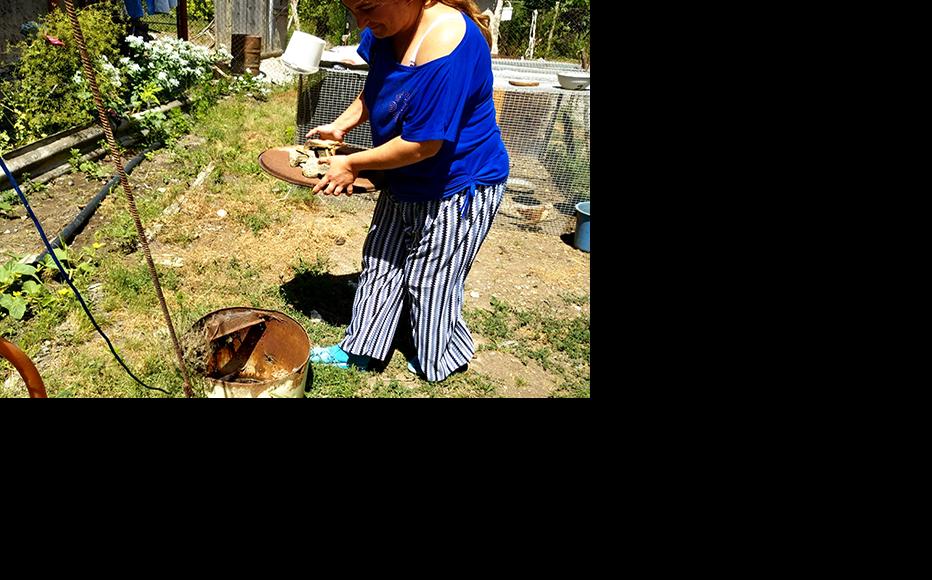 Some residents of Nadarbazevi cope with a lack of water by having water pits. Water is good only for bathing or washing. (Photo: IWPR) 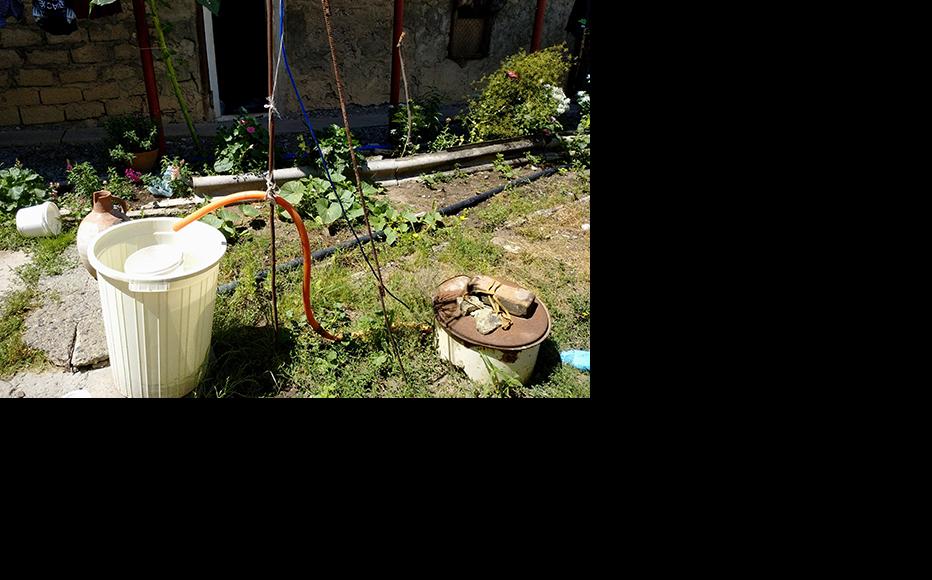 Water from the pits flows into a plastic tank, which the family uses for washing. (Photo: IWPR) 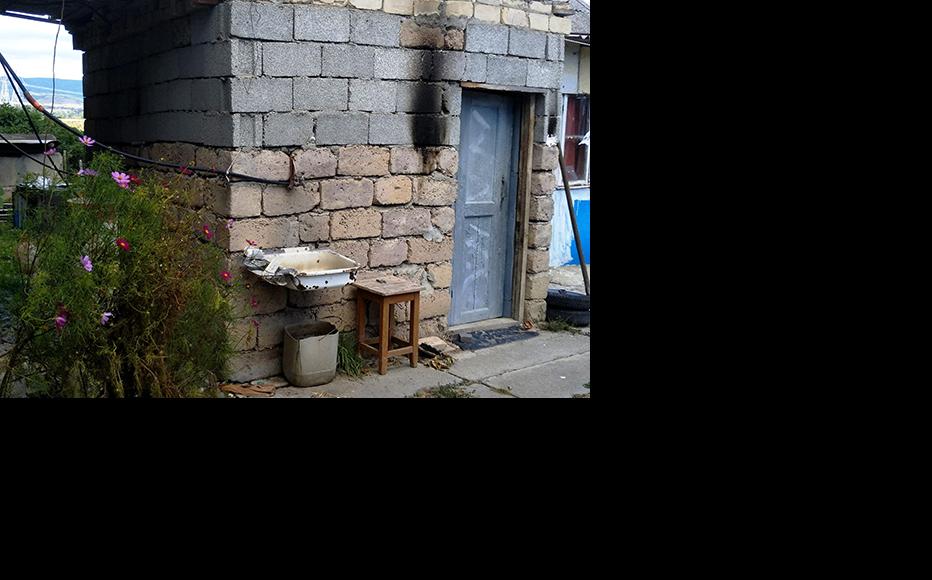 Outdoor washbasins are very common in the village. (Photo: IWPR)
The link has been copied

Nikoloz Datunashvili, a resident of the village of Nadarbazevi, spends several hours each day collecting water.

Nadarbazevi, in ​​the Gori region, lies in the so-called buffer zone between Georgia and the Tskhinvali region.  Decaying infrastrcure means that its 300 residents have not had running water in their homes for more than 30 years.

Nikoloz, who lives alone and walks with the aid of crutches, has to make his way to an improvised spring in the centre of the village.

“I have to come here several times a day, although it is not convenient, but thirst is more unbearable,” he said. “It takes a lot of time to come here and collect water, but thank God, at least we have this. Otherwise, we would probably die of thirst.”

Poor access to water and sanitation is a problem throughout Georgia, especially in rural areas. Some of the infrastructure is outdated or has been destroyed, while in other places it has never existed. Although the government has made improving the situation a national priority, officials said that the problem was complex and would be extremely costly and time-cosuming to solve.

National Statistics Agency figures show that 51 per cent of Georgians have no direct access to modern toilet facilities. Data published in 2018 showed that 1.81 million people, or less than half of the population, live in homes connected to the sewer system. People still use drop toilets and outhouses, which are neither hygienic nor convenient.

Vakho Kochoradze, a project manager for the environmental NGO CENN, said that the lack of clean water and sanitation had far-reaching effects.

“The socio-economic status of the population is directly related to access to safe water and sanitation,” he continued. “Imagine a family that spends half-a-day to collect water, while they can invest these resources in different directions, which would make them economically more active. Lack of water and sanitation are sources of various diseases. An unhealthy society cannot produce public welfare, and it costs the state dearly.”

CENN established WASH (water, sanitation and hygiene) councils in the regions to study and analyse the situation. Kochoradze explained that people were so inured to these poor conditions that they were simply unaware of the importance of proper sanitation.

“We heard cases where people asked the local government to fix outdoor lighting or a stadium, rather than repair drinking water or sewers,” he said. “Unfortunately, people do not think that access to safe water and sanitation is important to a healthy life. They are used to the conditions in which they have lived for many years.”

Out of this 19 per cent, 300 million GEL (103 million dollars) was put towards repairing water supply and sewerage systems.

Grigol Katsiya, the deputy minister of regional development and infrastructure, said that money was too tight to solve the problem all at once.

“Water supply and sanitation infrastructure is one of the most expensive to maintain,” he said. “To solve this problem, we need several billions GEL. Due to limited resources, we set priorities. In the short term, our goal is to provide a water supply and sewerage system in all cities of Georgia. After four or five years, we must achieve this goal. At the same time, we are trying to help municipalities solve the problem in the villages.

“In short, to provide water and sanitation for every locality in Georgia, we need huge resources, including experience and money that we don’t have at the moment.”

He said that septic tanks were a reasonable option for small villages, adding, "In villages anywhere in the world there is no central sewerage system, as it is very costly and also irrational. At this moment, we are conducting research to find solutions for the rural settlements."

Bondo Maruashvili, the head of the water supply service in Gori municipality, said that while a number of projects had been implemented with the help of the central government and international donors, the problem remained complex.

He said that 12.5 million GEL (4.2 million US dollars) was being spent on water restoration projects in the Gori region. The largest of these, costing 9.7 million GEL (3.3 million dollars) was funded by the Municipal Development Fund and would provide water to families living in 11 villages alongside administrative boundary line.

“Unfortunately, in the near future we do not have a promising estimate for the sewer system, but from the point of view of solving the problem of access to water, we are doing well,” he said. “We hope that soon all villages in the municipality will receive clean drinking water. Many people also cope with the problems by creating their own water wells; we provide them with free laboratory analysis to check the safety of the water.”

Nadarbazevi residents are not hopeful that their water issues will be solved anytime soon.

“We are still taking a shower as in the cave age; we don’t have showers or bathtubs, it’s even sometimes difficult to wash our hands,” said one villager, Eliso Datunashvili. “We have a small child, and for this reason we are making great efforts to have water at home.”

For a country that sought to join the European Union, she stressed, it was “embarrassing to have its citizens in such terrible conditions”.

Giving Voice, Driving Change - from the Borderland to the Steppes
Georgia
Water, Life
Connect with us