Georgians Call for Better Health and Safety at Work

Analysts say government will have to adopt laws to meet European standards sooner or later.

Georgians Call for Better Health and Safety at Work

Analysts say government will have to adopt laws to meet European standards sooner or later. 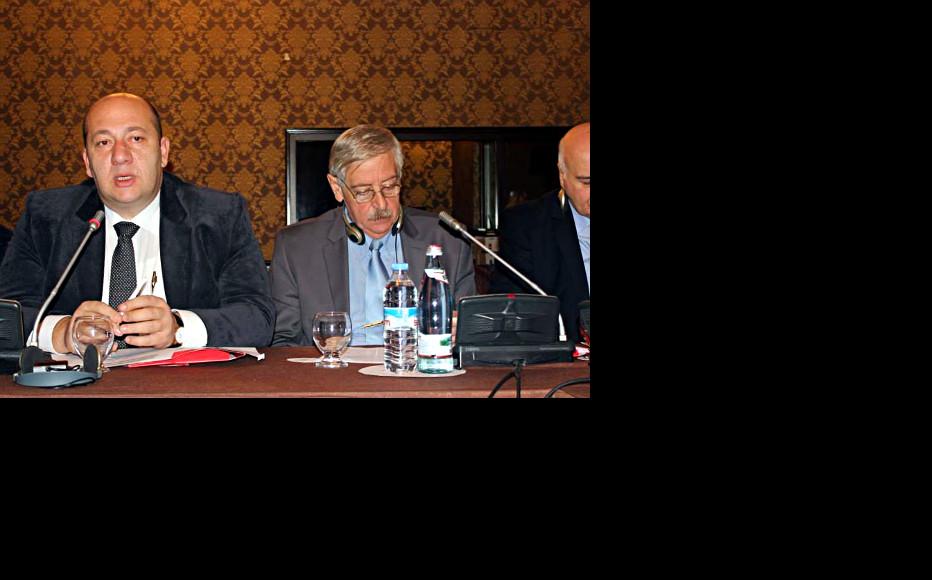 Against a backdrop of frequent workplace accidents, trade unions in Georgia are urging the authorities to push through legislation to improve working conditions.

The Georgian media carry frequent reports about people being killed or injured at work. According to statistics published by the Georgian Trade Union Confederation earlier this month, 46 people have died this year because of safety breaches in the workplace.

The union body accused the previous government of neglecting employees’ rights, and now it is levelling similar allegations against the governing Georgian Dream coalition.

One point of contention is that the government still does not keep official statistics for fatalities that occur in the workplace.

According to the Trade Union Federation, 273 people have been killed and 500 seriously injured in the last six years. But these figures do not tell the whole story, since not all employers are accounted for.

The confederation’s deputy chairman, Gocha Alexandria, says that safety records within Georgian industry are disastrous. The highest incidences of death and serious injury occur in mining and construction, as well as in the transport sector.

Georgia’s official ombudsman or Public Defender, Ucha Nanuashvili, has called for closer oversight of working conditions and safety. Pointing to the alarming statistics for injuries, his annual report published in May noted that despite changes to labour laws brought in after Georgian Dream came to power in 2012, nothing had really happened to improve workplace safety, including at the legislative level.

"An integral part of the right to work is the right of those employed to have as safe and healthy working conditions as possible,” the report said. “Unfortunately in Georgia, the state has not developed a consistent policy on employment, health and the working environment. Nor is there a mechanism to monitor safety in the workplace environment."

The Trade Union Confederation says this has been the case ever since 2006, when the then president, Mikheil Saakashvili, abolished the government’s labour inspectorate.

The present government appears to be in no hurry to adopt laws on occupational safety and reinstate workplace inspections.

"There is only one way to remedy the situation - the government must re-establish the labour inspectorate,” Alexandria told IWPR. “There is currently no institution to oversee safety measures at work. Although the labour code now includes changes for the better, these have not been put into practice, since there are no structures to monitor everything. We continue to see the same policy as under the previous government, which was afraid that safety checks and inspections would scare investors out of the country. No one thinks about the rights of workers.”

The idea of reinstating the labour inspectorate was a central theme at an international conference on workplace safety held in the capital Tbilisi on November 18-19.

The chairman of the Trade Union Confederation, Irakli Petriashvili, believes that guaranteeing safe working conditions is a huge challenge.

"Businessmen have neither the will nor the ambition to invest in safety,” he said. “Under the current legislation, they hardly lose out at all unless the unions intervene and bring cases to court."

Kakha Gogolashvili, a political analyst with the Centre for European Studies in Tbilisi, said that while the government may be in no rush to require workplace inspections, it will have to do so eventually. He pointed to the Association Agreement which Georgia signed with the European Union in June, which lists EU directives on employment regulations and requires Georgia to improve its labour legislation.

"They include directives relating to health and safety in the workplace,” Gogolashvili said. ”They are very specific and must be complied with within five years. They include the requirement to have the right safety equipment and so on.”"

Georgia’s ministry of labour, health and welfare insists that it has drafted the legislation needed to comply with EU standards but says consultations with international organisations and other government partners are still ongoing.

"The documents are still being finessed and we haven’t  yet sent them around government departments, but both bills are ready,” ministry spokesman, David Ivanidze told IWPR. “A state labour inspection department is to be established within the ministry.”

Ivanidze added that when the laws did come into force, there would be a grace period for companies to comply with them.

“There will be sanctions, but they won’t be applied immediately,” he said. “Employers will be given a reasonable time in which to improve working conditions, and only after that will they be fined."

Gia Jorjoliani, a Georgian Dream member of parliament, similarly insisted that the government was keen to adopt the laws and could even do so by the end of this year. He said that investing in the required oversight would boost business in Georgia.

"It will benefit entrepreneurs to create conditions that contribute to effective economic activity, and in the long run this will make their products competitive," Jorjoliani told IWPR.

Nana Kurashvili is a freelance journalist in Tbilisi.