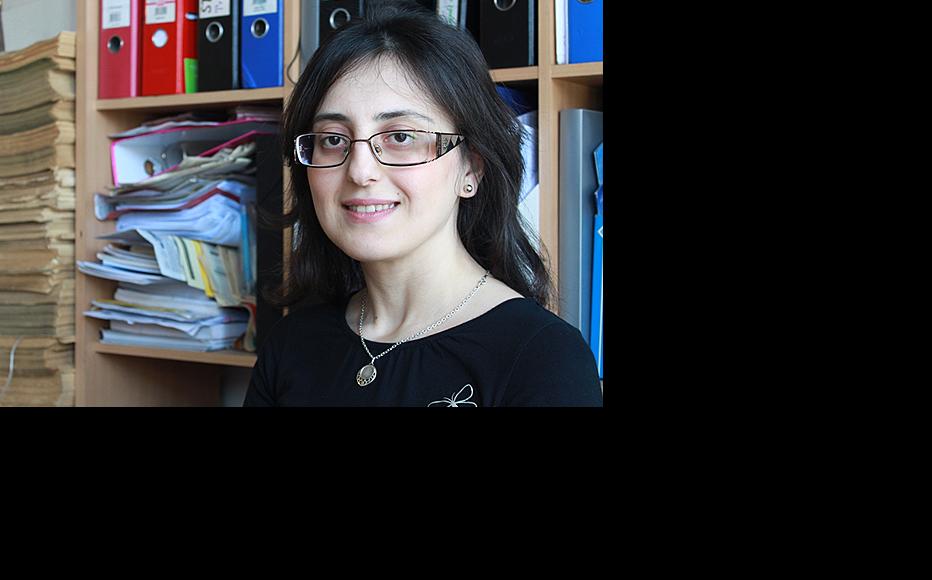 Tamar Avaliani from the Human Rights Centre in Tbilisi. (Photo courtesy of T. Avaliani)
The link has been copied

Rights activists in Georgia have welcomed plans to make the country’s labour legislation more employee-friendly, although they would like the changes to go much further in protecting women in the workplace.

A bill currently before parliament reverses some of the reforms brought in by the previous government, which was led by allies of President Mikheil Saakashvili. Those reforms allowed employers to sack staff without giving them advance warning or a reason, and provided few means of redress.

Amendments passed in a first reading on April 19 in parliament – dominated by the Georgian Dream coalition since an October election – set out stronger contractual obligations and outlaw discrimination. If passed, they will make it illegal to summarily dismiss a female employee during pregnancy and maternity leave.

Several pressure groups have appealed to the justice ministry, which initiated the changes, to ensure that the final law contains stronger protections for female employees.

“Despite the positive changes, the current version of the bill still needs work,” they said in a joint statement.

Raisa Liparteliani, head of legal services at the Union of Georgian Trade Unions, said the law needed to address a broader set of issues affecting women.

“The draft law includes only one amendment specifically concerning women – that they can’t be sacked once they inform their boss that they are pregnant. We need other changes, for example addressing the insufficient duration of maternity leave, and reviewing the ways it is paid,” she said.

The bill before parliament does not address the current terms of maternity leave, which give women the right to 477 days, 126 of them paid. Over the whole of that period, they are eligible for a total of 600 laris, about 350 US dollars, in maternity pay from the health ministry’s welfare division.

Tamar Avaliani, a lawyer from the Human Rights Centre in Tbilisi, says that money is not enough to live on.

“The government hasn’t factored in rising food prices… altering the purchasing power of that sum,” she said. “In addition, women employed in the private sector face discrimination when compared with those in the public sector, who receive not just statutory maternity pay but also a salary.”

Ana Arganashvili, head of the mother-and-child centre in the office of Georgia’s ombudsman, said it was important to protect women’s employment rights before and after birth, particularly in a difficult economic period like the present.

Arganashvili agreed that private-sector provision was a particular area of concern.

“The [state-provided] compensation is not linked to salary, and is just 600 laris. That frequently leads to women not being able to enjoy one of their most important rights – the right to motherhood,” she said.

Irakli Petriashvili, head of the Union of Georgian Trade Unions, agreed that the bill only went part of the way towards what was needed.

“At this point, unfortunately, we have been unable to regulate maternity leave and protect the rights of women at the level they deserve,” he said, adding that current maternity pay levels were likely to make women hesitant about taking time off.

Georgia’s deputy justice minister, Alexander Baramidze, said this reform was only the beginning of a series of changes.

“At this stage, we’re amending the code to include key changes to labour relations. We will work separately on extending women’s rights, and we will include all interested parties in that process,” he said.

Any future improvements will come too late for Nino, a Tbilisi resident who gave birth to her second child two months ago. She was forced to forego extended maternity leave, and returned to work a month after having the baby.

“The state payment of 600 laris is too miserly a sum to live on for four months. It isn’t even enough for food and the things a baby needs,” she said.