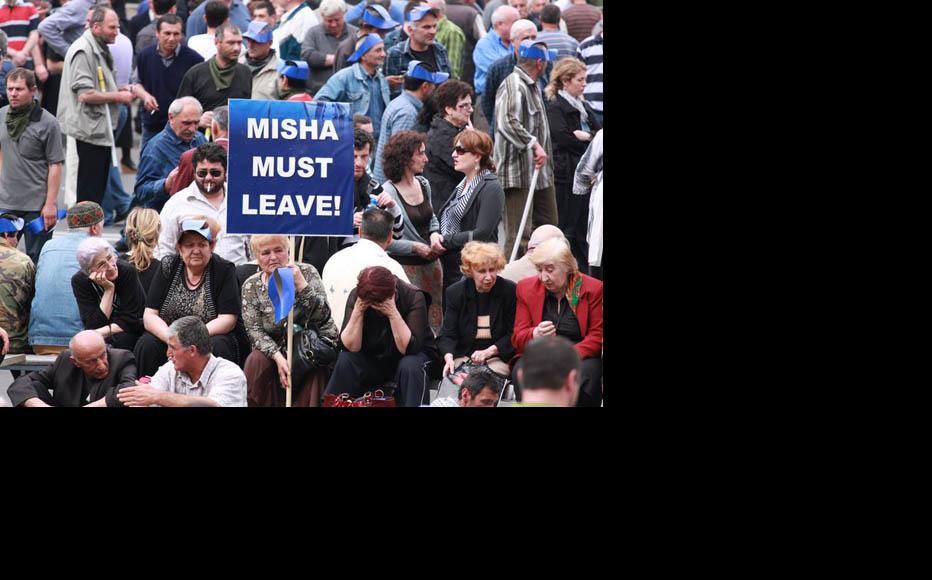 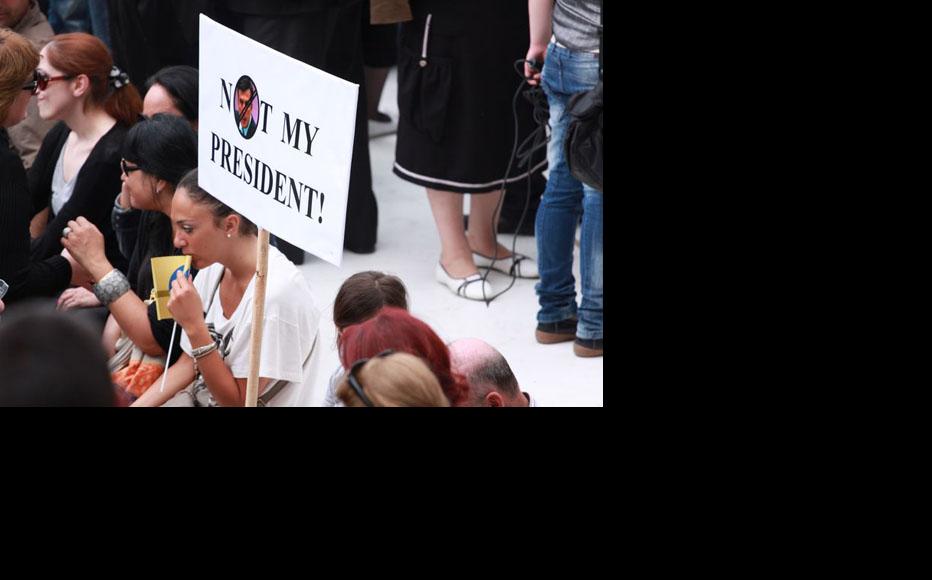 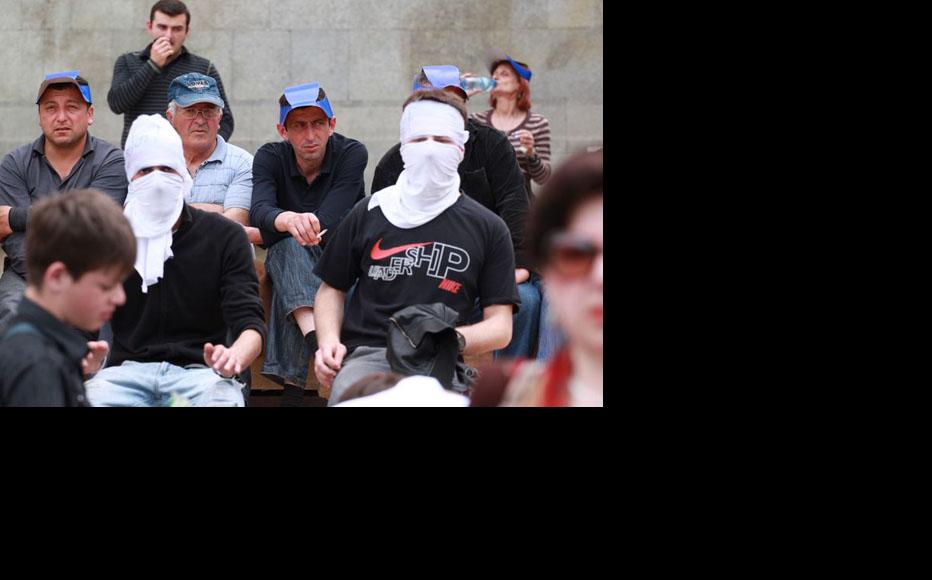 Georgian opposition protesters in Tbilisi. (Photo: Mirian Koridze)
The link has been copied

A protester and a policeman died this week as authorities broke up an anti-government demonstration in Tbilisi, but opposition leaders conceded they were too divided and weak to threaten President Mikhail Saakashvili’s position.

This was the second time the authorities have sent in police armed with tear gas and rubber bullets to disperse protesters. In 2007, public anger at the move forced Saakashvili to call new elections.

This time, the opposition had permission to protest outside parliament until May 26, when the government planned a military parade to mark Georgian independence. When activists refused to leave, the police moved in.

“I will say just this, the fight does not end with this. With this a new stage of the fight has begun,” said Nino Burjanadze, a former speaker of parliament turned opposition leader, after the protest was dispersed with dozens injured and around 100 people arrested.

Many of the protesters were themselves armed with sticks and shields. They closed off all roads to parliament with metal barriers.

“We stood against the Soviet troops on April 9, 1989, so how can we not deal with Saakashvili’s police?” asked one middle-aged man who was smashing up the stage prepared for the parade and giving out poles to other protesters.

A representative of city hall came and asked the protesters to move, saying they could hold their demonstration anywhere else in the capital, but the opposition leaders refused to move. Burjanadze even whipped up the crowd.

“Today it will become clear what Georgians can achieve,” she said. “We will be damned if we don’t leave here and show the world that the parade is not being held by the coward Saakashvili but by the whole Georgian people.”

After midnight, police moved in. A woman demanded through a megaphone that the protesters leave. Officers then used water cannon, plastic bullets and tear gas to disperse the crowd, violently beating many protesters even people who offered no resistance, and had the area outside parliament under control within 20 minutes.

Police Lieutenant Vladimir Mansurashvili and protester Nodar Tskhadadze died after being hit by speeding cars. The interior ministry said Mansurashvili was killed by Burjanadze’s Ford Escort as she sped away from the scene, though Burjanadze herself strongly denied the charge.

Within a few hours, Saakashvili stood at the site of the protest to review Georgia’s troops. He made his first comments on the events, linking the protesters to unfriendly foreign powers.

“We must be careful since these provocations are not being prepared inside the country,” he said, saying the protesters were following a “scenario written outside Georgia’s borders”.

Most observers said the police was to blame for the injuries.

“In breaking up the protest it is clear the police used excessive force and thus there are signs of a crime,” said a joint statement from the Association of Young Lawyers of Georgia and TI-Georgia.

“Even if the decision on dispersing the protest was legitimate, the media images clearly show signs of excessive force by the police, which is a crude violation of the law. This fact must not be left without effective investigation and legal reaction.”

Other opposition leaders recognised, however, that the disunited and fragmented anti-Saakashvili camp just made it easy for the president to crush their protest.

“We should have been marking 20 years of independence, but we are just stuck in the same place: violence and deaths. Once and for all, everyone has to understand that the only correct way to change the government is through fair elections and these elections are worth fighting for,” said Irakli Alasania, Georgia’s former ambassador to the United Nations and now an opposition leader.

He had harsh words for Saakashvili, calling the police operation a punitive action, but also for the politicians who called the protesters onto the streets.

“It is not worth fighting for irresponsible politicians…. The people there could not have brought about a change in government and the organisers knew it,” he said.

Levan Ganchechiladze, leader of the opposition Georgian Party, said the protest had been too small to achieve anything, and that was partly a consequence of opposition leaders’ failure to unite into a single movement.

“There is no unity, and no agreement. The interests of the people are in second place and personal ambitions are put first. We want to remain in white gloves while calling a lot of people onto the street. Our main duty now is to stand together. If there is no solidarity the people will vanish.”

And Ghia Nodia, a former education minister and now the director of the International School for Caucasus Studies at Ilia State University, said the protest leaders appeared to be deliberately trying to draw a violent response from the authorities.

“The word revolution sounds funny, since they have no mechanisms to achieve their political goals,” he said.

“The radical opposition, the parties of Burjanadze and the Georgian Party, don’t have the support from wide sections of society. They can only provoke the government to the use of force so as to discredit it, so as to get more support.”

The day after the meeting was broken up, the interior ministry released a tape that they said showed Burjanadze and her 26-year-old son Anzor Bitsadze discussing how the protest might turn out, and hoping for an “Egyptian scenario”.

“If you take responsibility, then it is worth going for civil war. It is worth the lives of 100 people, even 500. Yes, that’s right. All peoples that have managed to achieve something have seen their lands soaked in blood,” Bitsadze allegedly said in the recording.

Interior ministry officials said the tape proved Burjanadze was planning a revolution, but she said she doubted the authenticity of the tape, saying it could have been edited from previous recordings.

Nana Kurashvili is a freelance journalist