Mountain villagers whose farms would be flooded by proposed scheme say they aren't going anywhere.

Mountain villagers whose farms would be flooded by proposed scheme say they aren't going anywhere. 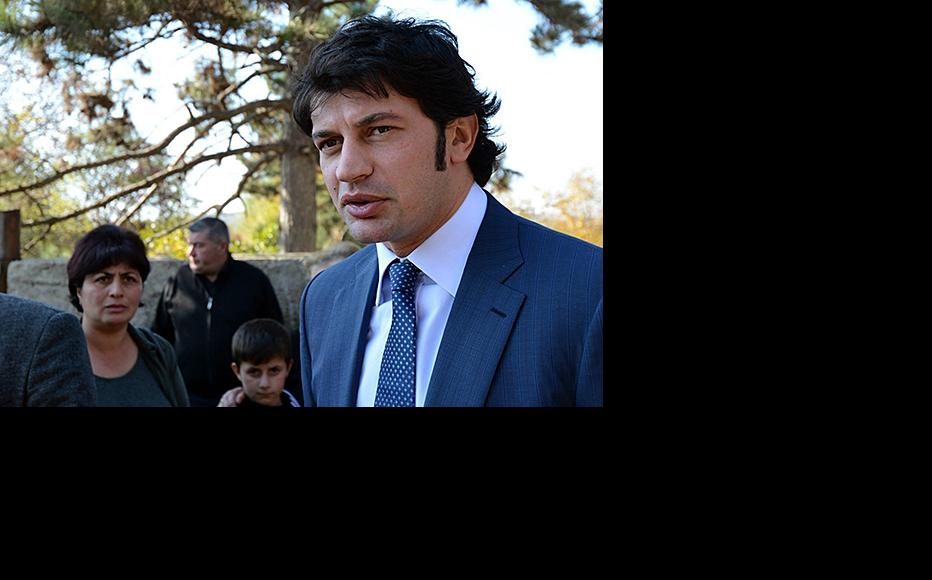 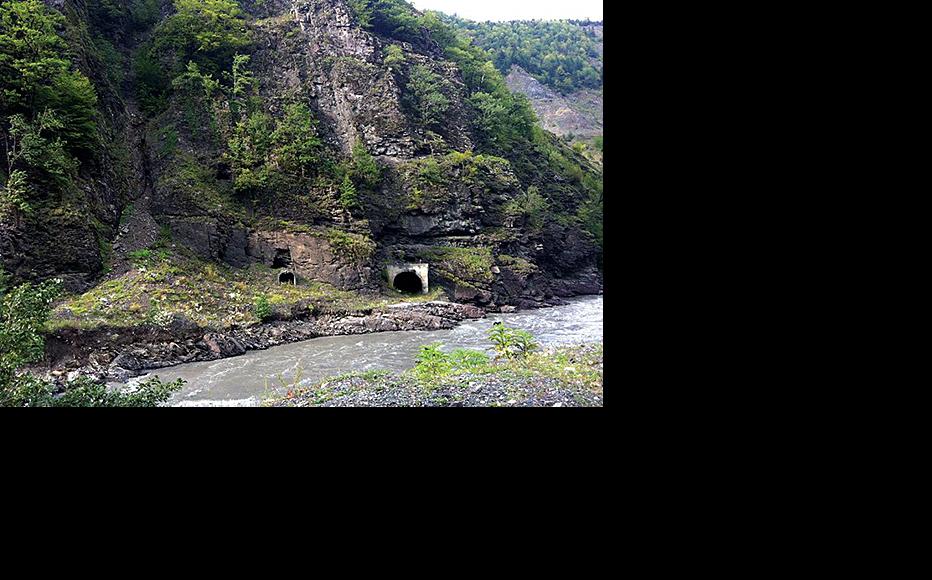 Work on the Khudoni dam was halted in 1989 but the government now plans to restart it. (Photo: Liberali magazine)
The link has been copied

Georgia’s government is facing implacable opposition from residents of the mountainous Svaneti region as it attempts to revive a Soviet-era plan for a hydroelectric plant there.

Officials are supposed to take a final decision in November on whether to finish construction of the Khudoni hydroelectric plant, started and then abandoned in the 1980s. The Indian company Trans Electrica is interested in carrying out the job, which would add a third dam to the river Inguri.

The completed scheme would save Georgia 5.5 million US dollars a year on imported electricity, but the reservoir built up behind the new dam would flood the village of Khaishi and surrounding hamlets, home to 184 farming families from the Svan ethnic community.

“The Svans are not going to allow the construction of the Khudoni power station,” said Zurab Nijaradze, a maths teacher at Khaishi’s school.

Nijaradze’s family has lived here for centuries, and the graves of their relatives are nearby. He is adamant they are not moving.

“If it’s on the scale they are talking about, we will not agree to the construction of Khudoni – not in return for any compensation or on any terms – even it costs us our lives. That’s our last word, and we won’t budge on it. They can move us out of here only if we’re dead.”

The Khudoni dam was first proposed in 1979, and construction began in 1986 despite local opposition. As Soviet society began opening up in the late 1980s, the project became a focus for the increasingly assertive Georgian nationalist movement.

“It was more of a struggle against communism than for the environment,” Anzor Chitanava, the dam’s designer, told IWPR.

After the 1998 earthquake in neighbouring Armenia, scientists warned that the Khudoni dam would not be safe, and thousands of people marched against it in Tbilisi. The government officially halted construction work in 1989.

Work to finish the dam is expected to cost one billion dollars, and will take six years to complete.

“Of that sum, 600 million dollars will be spent on building the dam, and 400 million will go towards resettling the residents and meeting their social needs,” said David Mirtskhulava, a former Georgian energy minister who now represents Trans Electric.

After he was first elected in 2004, President Mikheil Saakashvili championed hydropower as a way for Georgia to source its own energy and become less reliant on Russian gas.

In last year’s election campaign, the Georgian Dream coalition – which went on to win and to unseat Saakashvili’s allies – promised to review all plans for large-scale dams. On coming to power, however, the new government gave them the green light.

Earlier this month, Prime Minister Bidzina Ivanishvili attended a ceremony to mark the construction of the Shuakhevi hydropower plant in the Ajara region of southwestern Georgia, and stressed that the government wanted to build as many big power stations as possible.

“That will create the conditions for a lot of companies and jobs. Soon we will be looking at the Khudoni power station, and I’d like to appeal to my dear friends the Svans to approach this issue in a calm and understanding manner,” he said in televised comments. “It will undoubtedly develop the Svaneti region…. It will not damage the environment.”

His comments did nothing to change the minds of people whose houses and land would be flooded by the new reservoir.

Villagers took an oath on a Christian icon to stop the work going ahead.

“I swear that I will do my utmost to stop the Church of St George, the cemetery, the village of Khaishi and the hamlets around it ending up underwater,” said the pledge they signed.

Energy Minister Kakhi Kaladze acknowledges that changing their minds is the biggest problem he faces. He said they would be offered compensation, although it is not yet clear where they would be relocated.

“The compensation will be worked out in line with an assessment conducted on the ground. There’s a possibility of building a new village there,” he said in a television interview on October 15.

At the moment, Georgia generates 80 per cent of its electricity from hydropower and the rest from power stations fuelled by imported gas. Experts studies indicated that Georgia’s rivers have the potential to produce far more power, but only three are suitable for the kind of large-scale dam planned for the Inguri, the others being the Rioni and the Mtkvari/Kura.

Environmentalists are concerned that in the dash for hydroelectricity, officials are ignoring the damage that dams would do to fragile mountain ecosystems and to the communities living there.

Manana Kochladze, head of the Green Alternative group, told IWPR that the proposed dams could “have very serious consequences for the environment, radically change the social and demographic situation in mountainous areas, and inflict cultural destruction”.

Sofo Bukia is an IWPR-trained journalist who works for the Rustavi-2 broadcasting company in Georgia.