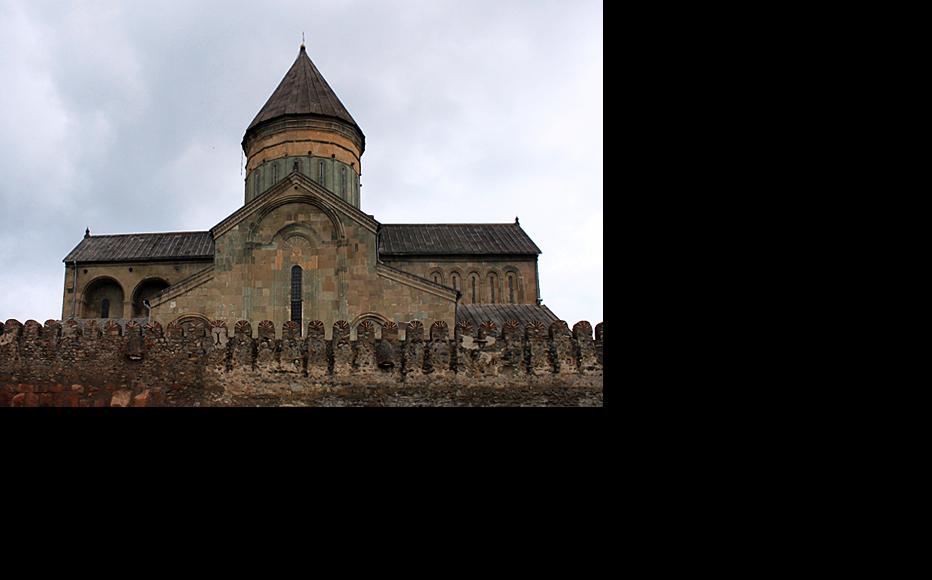 Svetitskhoveli Cathedral in Mtskheta, one of the most important Georgian Orthodox churches, and seat of Patriarch Ilia II. (Photo: Mirian Koridze)
The link has been copied

Opposition parties in Georgia have seized on tensions between the government and the influential Orthodox church, and are using the split as an opportunity to attack President Mikhail Saakashvili.

The dispute took off on July 5 when parliament passed legislation that allow any faith community to register for an organisational status previously exclusive to the Orthodox Church.

Georgia’s western allies have long been demanded equal rights for all religions.

The ancient Georgian Orthodox Church is the country's dominant faith, with more than 80 per cent of the population describing themselves as adherents.

The legislative changes merely allow other faith groups to apply for recognition as legal entities rather than as non-governments. But they were enough to provoke several thousand people to gather in central Tbilisi on July 9 and 10 to voice their anger at what they saw as an attack on their church.

“Now other religions have got legal status. Even without it, they were demanding to be given some Georgian churches, so in future they’ll probably be given them,” one of the demonstrators, Lamara Gogua, said. “This is a measure directed against Orthodoxy, and I cannot remain silent.”

The church’s ruling Patriarchate gave a guarded response, urging people to remain calm “despite the presence of reasons for alarm”.

The church synod, meanwhile, issued a statement asking political leaders to consult the Patriarchate in advance of any future decisions of this kind.

The head of the church, Patriarch Ilia II, enjoys more public trust than any political figure in Georgia, surveys show.

Father Daniel, Metropolitan or bishop of Chiatura and Sachkhere, said, “We must definitely say what we have to say, we must definitely make the authorities understand what we are saying, and we must believe that they will pay heed,” the metropolitan said.

Opposition leaders, who have been struggling to capitalise on Saakashvili’s unpopularity over recent months, seized this opportunity, demanding that the president exercise his powers to veto the changes and stand up for the Georgian church. (See Georgian Voters Wary of All Parties on the opposition.)

“The president must use his veto on this initiative, which was discussed behind the patriarch’s back,” Irakli Alasania, leader of the Our Georgia – Free Democrats party, said.

Levan Vepkhvadze, a Christian Democrat member of parliament, went further on the offensive.

“We’re under no illusion that this decision was drafted and pushed through without the approval or permission of the Georgia president. So we will not ask him to veto it, as we are not that naïve,” Vepkhvadze said. “Passing this law in an unprecedentedly short space of time, without considering the views of the patriarch or the public, is a dangerous step for a state to take.”

Faced with such a heated response, and the danger of being outflanked by the opposition, the authorities were forced to restate their loyalty to the church.

The speaker of parliament, David Bakradze, was quick to remind everyone that in 2002, legislators awarded special status to the Orthodox Church.

He said all that had happened now was that other faith groups had been granted rights to apply for the same “legal entity” status as was currently held by institutions ranging from kindergartens to universities and clinics. Meanwhile, “the only legal entity with constitutional status in this country is the Georgian Orthodox Church”, he said.

Saakashvili’s spokesperson Manana Manjgaladze also sought to calm the tensions, saying, “The Georgian state would never take any step that ran contrary to its relationship with the Georgian Orthodox Church”.

None of this was enough to dispel the angry mood, and opponents of the changes vastly outnumbered supporters in media and internet discussions. In a Facebook poll, more than 90 per cent of the 11,000 people who responded said they were against the changes.

Analysts say the level of outrage is likely to damage Saakashvili.

“It’s a really delicate issue, and the more politicians steer clear of it the better,” Giorgi Khukhashvili, head of the Centre for Civic Projects, said. “Political interference in these matters can only do harm and spoil the current atmosphere of tolerance.”

Paata Zakareishvili, director of the Institute for Nationalism and Conflict Studies, pointed out that the changes to the law could win the authorities a few more friends among Georgia’s various minority groups.

Some 6.5 per cent of the country’s inhabitants are Armenians with their own unique Christian church, and 5.7 per cent are Muslim Azerbaijanis. (See also Concerns Over Anti-Muslim Discrimination in Georgia.)

“The government’s negative rating among the electorate has already peaked – it could not deteriorate any further,” Zakareishvili said. “This decision could even help raise its approval rating among ethnic and religious minorities.”

Fati Mamiashvili is a freelance journalist in Georgia.