Georgia: Who's Been Bugging Who?

Georgia: Who's Been Bugging Who? 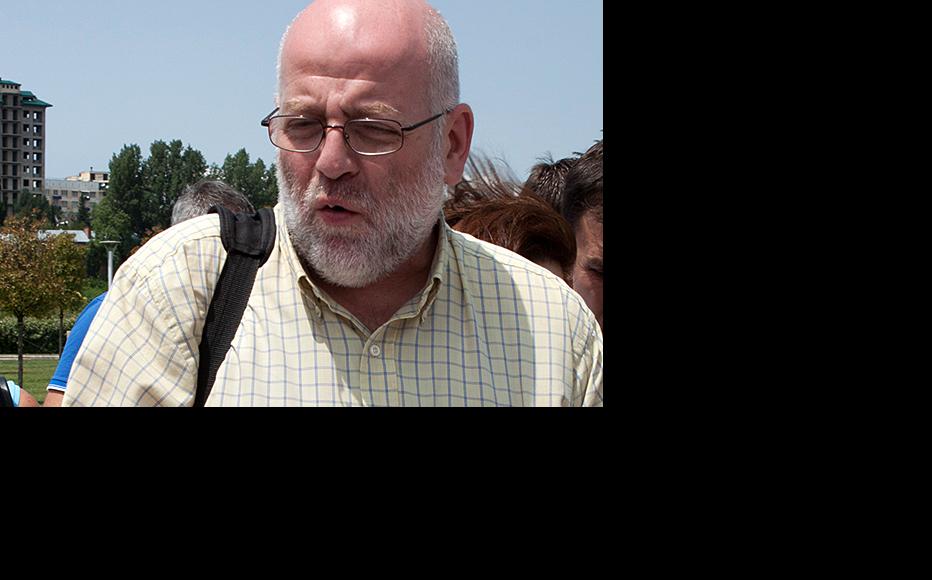 Zviad Koridze, from the Georgian Charter of Journalism Ethics. (Photo: IWPR)
The link has been copied

Georgia’s ruling party and the opposition have accused one another of being behind the surveillance of top officials that was revealed by Rustavi-2 television.

Earlier this month, the TV channel broadcast an audio recording of politicians and businessmen which it said the government had made by covert surveillance means last year. The recording included the voices of parliamentary speaker David Usupashvili and Defence Minister Irakli Alasania, both from the ruling coalition, and former Security Council secretary Giga Bokeria, from the opposition United National Movement (UNM).

The implication was that the current government, led by the Georgian Dream coalition, was engaged in widespread surveillance.

Before broadcasting the recording, Rustavi-2’s head Nika Gvaramia disclosed that he had been given footage from hidden cameras both in his own office and in that of his deputy Nino Shubladze, showing them engaged in private and business conversations.

Georgia’s prosecution service launched a criminal investigation into the “illegal acquisition and distribution” of recorded private communications. That could potentially lead to legal action against Rustavi-2 as well as anyone else found to have handled confidential recordings.

Prosecutors and the interior ministry also argue that the surveillance equipment at Rustavi-2 could well have been installed under the UNM-led government, which was ousted in October 2012. They said police placed hidden cameras in various locations in 2010-11, and many of them had since been “lost”.

“There is a high probability that this technology is being used by individuals under the influence of representatives of the previous government,” a joint statement by the interior ministry and prosecution service said.

Some UNM parliamentarians admitted that the last government used secret recording equipment, but said it that prosecutors now appeared to be determined to shift the blame onto them rather than actually investigate what had happened.

“Irrefutable evidence of total surveillance has been broadcast by one of our television companies. That suggests the crime is systemic, and a violation of the fundamental rights of our citizens,” Nugzar Tsiklauri, a UNM member of parliament, told reporters. “The bugging of the speaker, the defence minister and the Security Council secretary, and then these recordings being put into general circulation, suggest we are dealing with a total failure on the part of the state institutions responsible for ensuring state security.”

On May 14, UNM politicians proposed setting up a special parliamentary commission to investigate recorded material aired by Rustavi-2.

The motion was blocked by the Georgian Dream majority in parliament.

“There is no need to create a separate commission, since prosecutors are conducting an investigation,” she said. “That investigation has started – let’s await its results.”

The issue of surveillance is extremely topical as the Georgian parliament is currently debating a package of legislative amendments designed to ensure that covert wire-tapping takes place only when a serious crime is being investigated.

Current legislation requires police to obtain a court order before carrying out secret recording, but they have constant direct access to mobile phone networks by controlling the “keys” to telecoms surveillance systems.

Shalva Shavgulidze, a Georgian Dream deputy who was among those who drafted the bill, said, “I am 90 per cent sure that this issue will be resolved and that the police won’t keep their keys.”

Meeting on May 16, parliament postponed the discussion for a week, and put off a decision on the controversial “keys” question until November.

Zviad Koridze from the Georgian Charter of Journalism Ethics, with two other civil society activists, helped Shavgulidze draft the law.

Human rights groups like his are lobbying for access to surveillance systems to be curtailed, as they argue that the new government has not done enough to stop the police ministry falling back into the bad habits of its predecessor.

“We have information about what’s happening in the interior ministry, and that’s why we are doing this,” Koridze told IWPR.

Aside from the legislative change, Koridze wants to see a full investigation into the material broadcast on Rustavi-2.

“This case must be investigated so that everyone’s doubts are satisfied. Illegally recorded material has ended up in the media. It isn’t important why,” he said. “This process has harmed the stability of Georgian society and the country’s security, and the government must respond to this.”

Georgia
Free expression
Connect with us