Tbilisi considers the possibility of mediating between the warring parties.

Tbilisi considers the possibility of mediating between the warring parties. 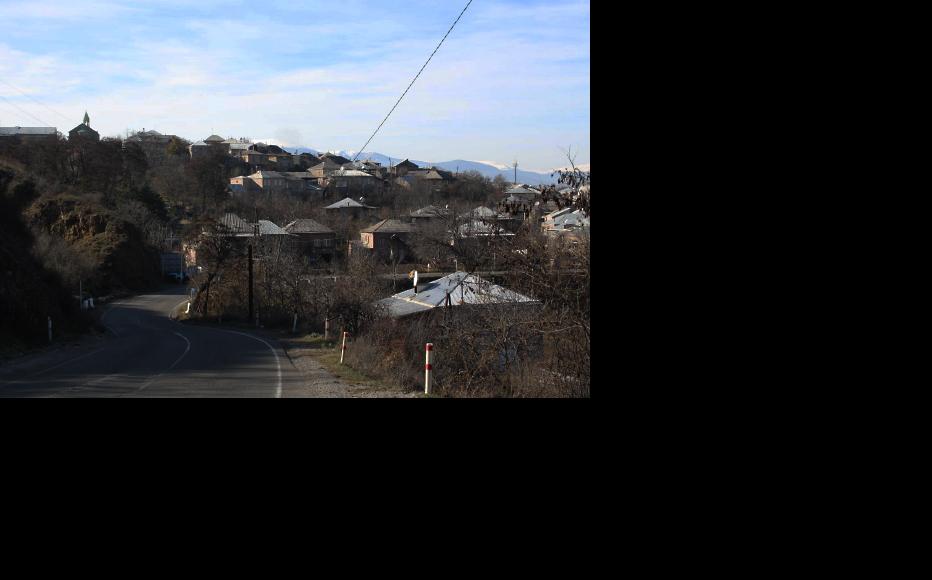 Skhvilisi village in Samtskhe-Javakheti region of Georgia with Armenian population. (Photo: Samkhretis Karibche newspaper)
The link has been copied

The recent spike in hostilities between Azerbaijani forces and the Armenian-backed Nagorny Karabakh army has caused serious concern in Georgia.

Tbilisi has close political, economic and energy ties with both Yerevan and Baku, as well as sizeable ethnic Armenian and Azerbaijani communities.  This makes the country highly sensitive to the fallout of the worst violence since war in the early 1990s left a local Armenian administration in control of the enclave of about 150,000 people inside Azerbaijan.

The latest outbreak of fighting ended with a fragile ceasefire on April 5 and resulted in a total of 191 people dead and dozens injured on both sides.

It has also left politicians and analysts arguing that Georgia needs to be better prepared for any future escalation and the possible domestic consequences.

A suggestion by the head of the Georgian armed forces that Tbilisi could act as a mediator to avoid future escalation was broadly welcomed.

“We are carefully following the development of events and we have very close ties with our colleagues in Azerbaijan and in Armenia,” said the chief of the general staff Vakhtang Kapanadze.

“I hope the parties will move to a peaceful solution of the conflict.  We probably have to assume the role of mediator, as we are one of the countries that have good relations to both neighbours,” he concluded.

David Bakradze, a leader of the opposition United National Movement, agreed, adding, “We, Georgia, are in a unique position to take on the additional role of mediator for these two nations closest to us.”

Years of negotiations have thus far been mediated by the OSCE’s Minsk Group led by three co-chairs – diplomats from Russia, the United States and France – but have had very few results.

However, some experts doubt that Georgia could take on such a role, as it has its own unresolved territorial conflicts in Abkhazia and South Ossetia.

Georgia firmly upholds the principle of territorial integrity, which is contrary to the position of Nagorny Karabakh and Armenia.  Thus, the country might not be seen as fully neutral or balanced.

“In the 1990s, Georgia successfully pursued a policy of so-called active neutrality which suited our two neighbouring states,” said Soso Tsiskarishvili, president of the Club of Independent Experts. “Tbilisi hosted meetings of representatives of the conflicting parties, professionals from different areas.”

However, policy changes following the 2003 Rose Revolution meant that this peace-keeping function was lost, he added.

According to Irakli Porchkhidze, vice president of the Georgian Institute for Strategic Studies, the format of any future mediation would be key.

“When it comes to the use of Georgia´s territory for talks and mediations, it is necessary to clearly specify the format.  Because mediation where Russia will play a leading role will be against the interests of Georgia, which is to keep a balance between the two sides.”

Russia is Armenia´s strategic ally, but has been selling weapons to both Armenia and Azerbaijan to keep what Moscow has called parity in the region.

Hundreds of Armenians protested in the Armenian capital Yerevan against Russia´s weapon sales to Azerbaijan on April 13, which they claimed were a factor in the recent outbreak of fighting over Nagorny Karabakh.

According to Porchkhidze, the events around Karabakh have direct political, economic and military risks for Georgia.

“Turkey and Azerbaijan, like Russia and Armenia, have a close military-political cooperation, where using Georgian airspace or even the land corridor on its territory can become an issue.  In this case, there should be a clear position from the start that the Georgian government should strictly uphold.  I do not know to what extent the Georgian government is ready to meet these challenges. In this regard, there are certain questions,” he said.

The escalation between Armenia and Azerbaijan has put Georgia in a delicate position.  Turkey openly supports Azerbaijan and is one of Georgia´s main trade partners.  Russia is Armenia´s strategic ally, which since the Georgian-Russian war in August 2008 has had military bases in Georgia´s breakaway regions of Abkhazia and South Ossetia.

Should escalation continue, Georgia might find it hard to preserve a balance.

According to the state department of statistics, Azerbaijan was the largest foreign investor in Georgia in 2015 and the source of eight per cent of its imports in January-February 2016.

Azerbaijan´s main oil and gas export routes go through Georgia via the Baku-Tbilisi-Ceyhan and Baku-Supsa oil pipelines and the Baku-Tbilisi-Erzurum gas pipeline.  The parties are implementing a joint project for the opening of a railway route from Baku via Tbilisi to Kars, which will connect Azerbaijan, Georgia and Turkey.

As Armenia’s borders with Turkey and Azerbaijan are closed, a significant share of its transport to Armenia also goes through Georgia. Six percent of Georgian exports went to Armenia in January-February 2016

Porchkhidze said that the Georgian government response to the Karabakh fighting had been too “passive”. An action plan was needed in the event the situation deteriorated, he said, adding that Tbilisi also needed to work actively with its own Armenian and Azerbaijani communities to prevent any domestic turmoil.

Ethnic Azeris and Armenians are Georgia´s two largest minorities and make up about 12 per cent of the country´s population, according to the 2002 census.  The final results of the 2014 census have not yet been published.

Many of the nearly 300,000 ethnic Azeris and 250,000 ethnic Armenians live in small towns and villages, often in cultural isolation from Tbilisi and with little knowledge of the Georgian language.  The Azeris largely live in the Kvemo Kartli region of southern Georgia, on the border with Azerbaijan.  Armenians are predominantly in the Samtskhe-Javakheti region in the southwest of the country, near Armenia.

Natia Kuprashvili, the executive director of the Georgian Regional Broadcasters´ Association, warned of potential trouble in Kvemo Kartli and Samtskhe-Javakheti, based on the feedback she has received from television viewers in these regions.

“The situation is tense,” she told IWPR.

Georgia´s national broadcasters had not covered the conflict properly, she said, thereby risking trouble amongst their own Armenian and Azerbaijani communities.

“The large national broadcasters of Georgia … have their own correspondents in Europe, Russia, the United States, but do not have them at a distance of a few hours´ drive – in Armenia and Azerbaijan,” Kuprashvili said.

This was evident during the time of the fighting when local media covered the events citing foreign sources.

“Without receiving balanced information about the events, [ethnic Armenians and Azerbaijanis] were forced to rely only on information from Armenian, Azerbaijani and Russian channels,” said Kuprashvili.

Tskiskarishvili agreed, adding, “I would like to hear in the coming days that the Georgian National Security Council is going to meet to discuss this topic.

“To preserve relations we need to constantly discuss the current problems and situation rather than what the tabloid press is publishing, like we do now.”

Porchkhidze also said that the government needed to dedicate more resources to working with the Armenian and Azerbaijani communities in Georgia to prevent further tensions within the country.

“There are forces – frankly, it is Russia - which are interested in the internal destabilisation of Georgia and that Georgia remains a fragmented state,” he continued. “It is necessary to keep a finger on the pulse [of tensions] in the locations where the local ethnic minorities live, since those bearing ill-will will certainly try to exploit the situation for internal destabilisation.”