Georgia Tightens Up on Early Marriage

Parliament bans marriage for under-18s except with court’s assent, but rights activists say this won’t be enough to effect change.

Georgia Tightens Up on Early Marriage

Parliament bans marriage for under-18s except with court’s assent, but rights activists say this won’t be enough to effect change. 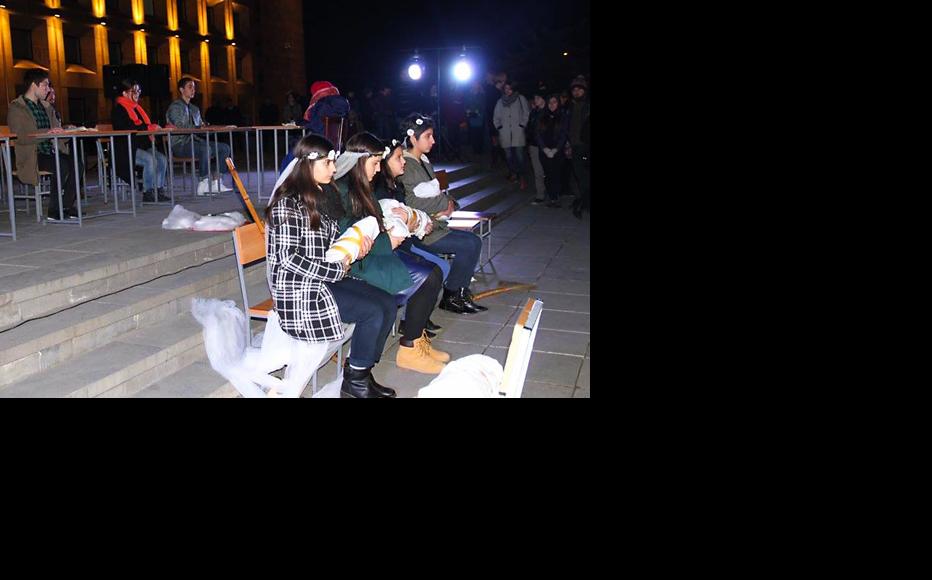 Although the minimum legal age for marriage in Georgia is 18, young couples have so far been able to marry at 16 with parental consent. This rule changed on November 26, when Georgia´s parliament amended the law to require a court’s approval before 16-year-olds can get married, and then only for good reason – either pregnancy or the birth of a child.

Georgia has one of the highest rates of early marriage in Europe. Data from the United Nations Population Fund (UNFPA) show that up to 17 per cent of Georgian women are married before the age of 18, compared with 19 per cent in Moldova and 14 per cent in neighbouring Turkey.

According to the office of the Public Defender – Georgia’s human rights ombudsman – 265 marriages between persons aged 16 to 18 were recorded in the first half of 2015. Since the number of births involving mothers under the age of 18, of which 1,500 were recorded in 2014, the rate of cohabitation is believed to be significantly higher.

There is a strong correlation between early marriage and girls leaving education. Between 2011 and January 2013, 7,367 girls dropped out of school, according to a report by the Public Defender. Girls who lose out on an education have fewer prospects of getting a job and may be more vulnerable to abuse.

“The United Nations Committee on the Rights of the Child, which, one might say, is the highest authority in the protection of children´s rights, clearly emphasises that early marriage, whether voluntary or forced, is sexual violence against a minor,” Ana Abashidze of the Georgian Women's Movement said at one of a series of demonstrations against early marriage the day before the law was passed.

Marriage involving under-18s occurs throughout Georgia, but is commonest in Kakheti region in the east, Kvemo-Kartli in the southeast, and Ajara and Guria in the west, especially among religious and ethnic minorities.

Marrying someone under the age of 16 is illegal. The latest change to the marriage law follows a criminal code amendment passed in April which specifically makes forced marriage an offence.

The Georgian government is committed to stricter legislation to protect minors as part of the reforms required for closer ties with the European Union. An Association Agreement signed with the EU in 2014 obliges Georgia to accept and protect human rights, including child protection measures, in line with European standards.

Human rights activists and experts say that while legislative reform is necessary, it can only be part of the solution.

According to Lela Bakradze, UNFPA´s assistant representative in Georgia, “Many early marriages, where the bride is not 16 years old, are performed by the church or the mosque and are often not officially registered [later on].”

Tamar Dekanosidze, a strategic litigation lawyer with the Georgian Young Lawyers´ Association, adds that the widespread practice of cohabitation, where marriage is not registered with the civil authorities, leaves the government without a full picture, especially concerning minors.

“The amendments passed on the marriage law are important steps,” said Dekanosidze. “But this is only a beginning. In the future, the number ‘16’ should not remain in the law. The legislative base needs to eliminate even the slightest possibility of underage marriage.”

Some politicians agree that marriage under 18 should be banned.

“In the future, marriage under 18 will be completely prohibited in Georgia,” said Tamar Kordzaia, a member of parliament from the ruling coalition Georgian Dream who helped draft the amendments. “We are on the way towards that.”

Leila Suleymanova, chair of the Union of Azerbaijani Women in Georgia, says that making the law effective will require preventive measures together with monitoring and enforcing the rules around the country. She argues that the public needs to be informed about criminal-law liability, and about the consequences of early marriage including health problems affecting young girls.

Suleymanova said Kakheti was the most problematic region, a cases of bride-kidnapping occurred there. This involves abducting a girl without her consent in order to force her into marrying one of her captors.

Early marriage also occurs in the Pankisi Gorge, a mountain area in the northeast inhabited by Kists and by Chechens, a related group who came here as refugees from conflict in the Russian North Caucasus.

One woman who holds a leading position in Pankisi, but did not want to be named, told IWPR that poor education and early marriage were a major cause of domestic violence.

“Nine out of ten married women in this area are faced with this to a greater or lesser extent. Men often take quite young girls as wives, right out of school. They justify it by citing [Muslim] faith and tradition,” she said. “Such young girls quickly become mothers, housewives and wives, and of course they have to forget about school immediately. Later on, there is tension in families like this. What kind of wife can a 14-year-old be?”

One contributory factor in early marriage is the traditional expectation that brides should be virgins.

Young couples may have little alternative to “legalising their intimate relationship”, says Ekaterine Skhiladze, head of the gender equality department in the Public Defender's Office.

Representatives of non-government organisations that have worked on the issue for years argue the case for a strategy for reducing the scale of early marriage as well as specific preventive mechanisms.

Elene Rusetskaia, director of the Women´s Information Centre in Georgia, sees legislative changes as both important and necessary, but says it would have been better if they had been designed to match the International Convention on the Rights of the Child right away. This document calls for a ban on child marriage, with a child defined as anyone “below the age of 18 years unless, under the law applicable to the child, majority is attained earlier”.

“The state should not only legislate but also provide an information campaign throughout the whole country,” Rusetskaia told IWPR. “The public must understand both the problem and the laws.”