Tbilisi continues to dream, but membership remains a long way off.

Tbilisi continues to dream, but membership remains a long way off. 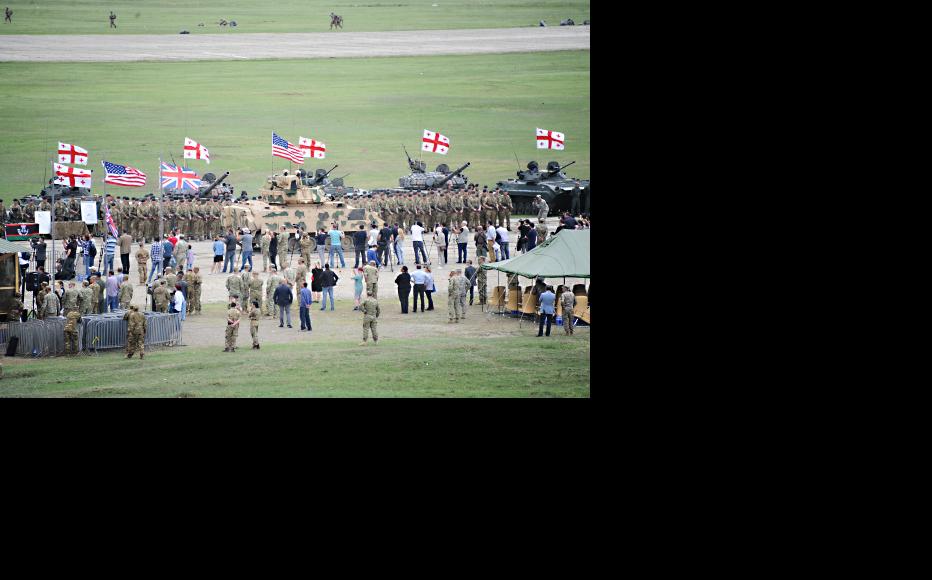 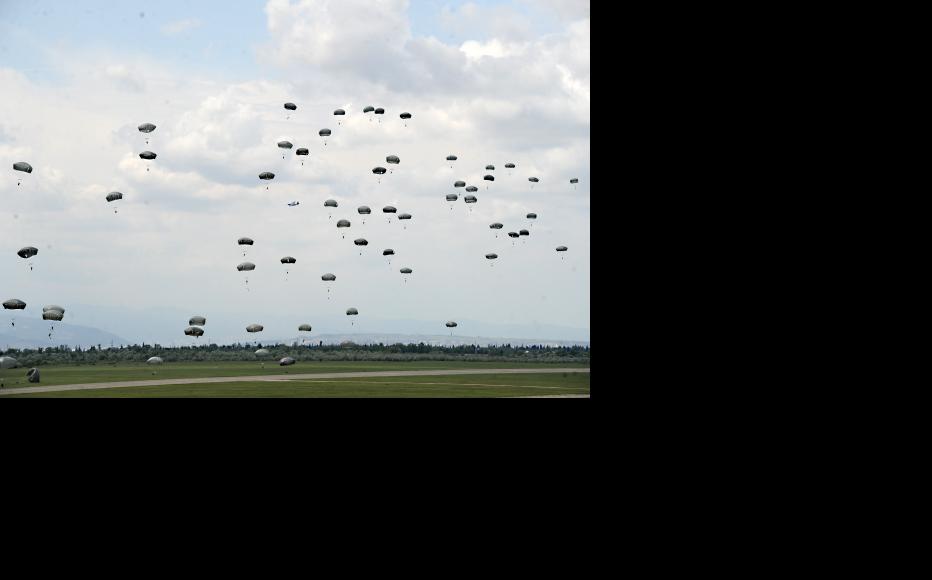 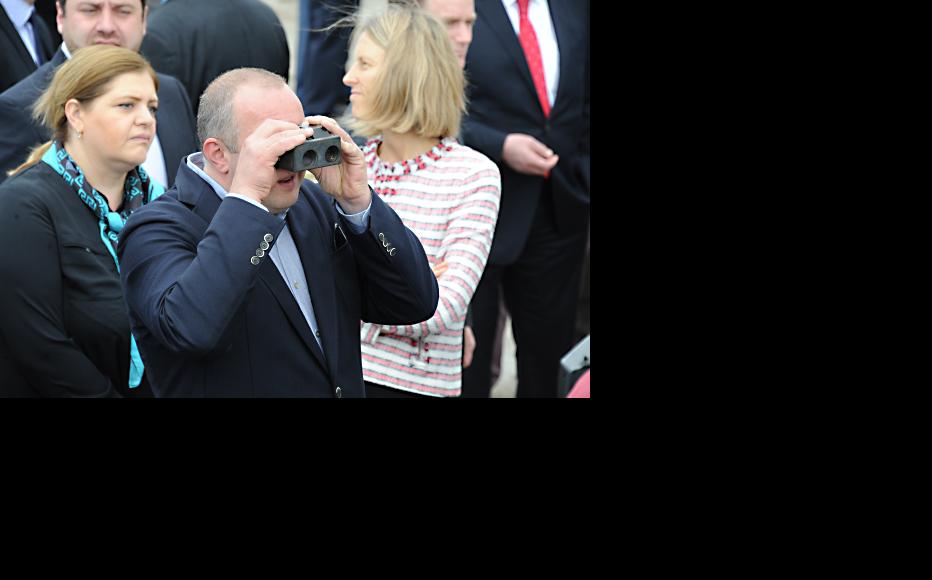 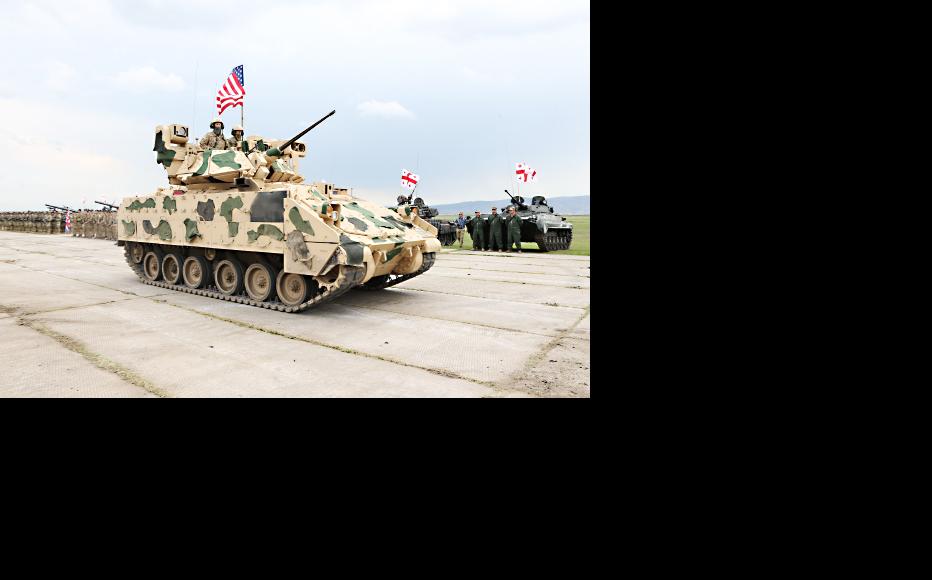 The Noble Partner training exercise held recently in Georgia. (Photo: Georgian ministry of defence)
The link has been copied

Analysts say that Georgia can expect little progress regarding its aspirations to join the North Atlantic Treaty Organisation (NATO) at an upcoming July 8-9 summit in Warsaw.

The alliance has previously promised that Georgia would eventually join its ranks, and Tbilisi has made considerable efforts to comply with all prerequisites.

It has worked particularly hard on NATO principles of “interoperability”, which means the forces of all member states should be able to operate to the same standards.

But Georgia remains a controversial candidate.

A fifth of its territory has been under Russian control since 2008, when Moscow annexed Abkhazia and South Ossetia. NATO has clear concerns about giving security guarantees to a country not fully in control of its territory and thereby risking antagonising Russia.

“For the foreseeable future, the uncomfortable fact is that Russia's attack and its annexation of Georgian territory in 2008 effectively bombed the prospect of Georgian membership off the table,” said James Nixey, head of the Russia and Eurasia programme at the Chatham House think tank in London. “This is an instance where Russia's bloc mentality has succeeded.”

In 1994, Georgia was one of the first former Soviet republics to join NATO’s Partnership for Peace programme. The scheme now has 22 members and is aimed at creating trust between NATO and non-member states in Europe and the former Soviet Union; some former members have subsequently joined the alliance.

Georgia has actively participated in NATO operations since 1999. It is the biggest non-NATO contributor of troops in Afghanistan, and its contingent is the third largest after the United States and Germany.

At the NATO summit in Bucharest in April 2008, members did not reach a consensus on offering Georgia a Membership Action Plan (MAP) but issued a guarantee that it would eventually join the alliance.

Montenegro was granted MAP status in 2009 and has been in negotiations since then, which is viewed in Georgia as an encouraging signal for NATO’s continued policy of expansion.

Most recently, at a Brussels meeting of NATO foreign ministers in December 2015, the allies decided to develop new areas of practical cooperation with Georgia at the July 2016 summit.

Nonetheless, Nixey stressed that Georgia had always had unrealistic expectations with regard to NATO.

“This in part is because it has always felt itself to be more ready - more interoperable - than it is,” he continnued. “This, in turn was given momentum by the considerable Georgian contribution to the war effort in Afghanistan. But NATO membership expectations were also encouraged, prior to 2008, by several senior US administration figures.”

In May, Georgia´s army held two weeks of joint exercises, named Noble Partner, with the United States and Great Britain at the Vaziani military base 25 kilometres from Tbilisi.

These were widely reported in Georgia, further fuelling hopes that NATO membership was drawing nearer.

They involved more than 500 Georgian, 650 US and 150 British troops and were aimed at training Georgia´s military to participate in the NATO Response Force.  The exercises included the use of M1A2 Abrams main battle tanks and Bradley infantry fighting vehicles.

On May 23, the Alpha Company of 12th Light Infantry Battalion of IV Mechanized Brigade became the first Georgian platoon to be certified as fully compatible with NATO forces.  This is one of the requirements for joining the alliance and means that the unit can participate in NATO´s Rapid Response forces for a three-year period.

“This process will continue until all infantry companies pass the assessment,” Omar Begoidze, first deputy chief of the general staff, told reporters.  “This assessment will be reflected in NATO documents, which are being prepared for the Warsaw Summit…  The Georgian armed forces are ready to become full members of the troops of the great Euro-Atlantic family.”

Vakhtang Kapanadze, chief of general staff of Georgia´s armed forces, told IWPR that he had high hopes for progress. Georgia was important to NATO because of its geographic location, he stressed.

“As a matter of fact, Georgia is the front southern flank of the alliance.  The joint exercises Noble Partner 2016 this past May, one can assume, are an integral part of the plans of the NATO military committee,” he said.

While Georgia´s leadership is realistic enough not to expect a breakthrough, the authorities are clearly hoping for significant progress at the July summit.

Georgia´s ambassador to NATO, Alexander Maisuradze, told IWPR he believed that the country “will receive a message of strong political and practical support from the alliance in Warsaw”.

Levan Dolidze, executive director of the Georgian Centre for Security and Development and former ambassador to NATO, also said that Georgia was ready for the next step.

“Today the allies agree that Georgia has almost all the practical tools for joining the alliance.  It is time for a political decision,” he continued. “When it comes to the results of cooperating with NATO, it must be emphasised that NATO is not only a military-political organisation, but also based on values.  Accordingly, the integration process has significantly strengthened Georgia´s democratic institutions.”

Georgian experts agreed that accession largely depended on geopolitical factors, particularly on any resolution of the conflict between Russia and Ukraine.  In the meantime, Georgia needed to prepare by being active on the international stage and strengthening its state and democratic institutions.

“If you look at it objectively, Georgia´s expectations of the summit are not high,” said Korneli Kakachia, director of the Georgian Institute of Politics. “The government and the general public have accepted that there will not be a decision on MAP or other important questions at this summit on the basis of the geopolitical situation in the post-Soviet space today.

“Therefore, the task of the authorities is to manage expectations, so that parts of society will not become frustrated about the Euro-Atlantic course.”

Giorgi Kvirikashvili, prime minister of Georgia, seemed to hint at this at an event in Berlin on June 16.

“Of course, we should be realistic,” he said.  “Georgians start to understand more and more that the process itself matters... the process towards a very ambitious goal.  You can´t deprive Georgians of a rightful dream.

Moscow has repeatedly expressed dissatisfaction about NATO expanding to the borders of its territory. But Russian analysts see no danger imminent change.

“As far as I know, NATO does not accept any countries with unresolved conflicts,” said Alexander Khramchikhin, deputy director at the Institute for Political and Military Analysis in Moscow. “That is why there are no prospects for Georgia to join NATO, as long as she does not officially recognise the independence of Abkhazia and South Ossetia,” he told IWPR.

“With regard to enhanced cooperation and greater NATO presence in Georgia, I do not see it [as likely].  But if it should happen, Moscow will respond accordingly.  That is, the greater such a presence will be, the more troops will be in Abkhazia and South Ossetia, as well as in Russia´s North Caucasus.”

“I do not think that Georgia will become a member of the alliance in the foreseeable future,” added Evgeny Buzhinskiy, chairman of the executive board of the Moscow-based PIR Center.

“You see, no one can guarantee that there won´t be another [2004-2013 Georgian President Mikhail] Saakashvili that comes to power in Georgia who will then go to recapture the so-called occupied territories.  In this case, a military confrontation with Russia is inevitable.  And if Georgia is a member of the alliance, then there will be a military confrontation between Russia and NATO with all its consequences.

“This is why both in Warsaw and at subsequent summits, the part referring to Georgia in the final communique will be about the same: we note significant progress and contribution, but there is a little more to be done.”

“Georgia will see no progress in Warsaw,” agreed Nixey of Chatham House.  “There is indeed a danger here – disillusionment with not being granted admittance into western clubs.”

This, he warned, could cause Georgia to drift away from progress on democratic norms and standards.

“Ultimately, the more Georgia does to conform to bring its institutions in line with those of the West, the more difficult it will be for NATO to reject its application; yet, not that difficult,” Nixey said. “The West will do its best to avoid the question and – or - fudge the answer.”