Regulation remains a challenge in a country of small producers.

Regulation remains a challenge in a country of small producers. 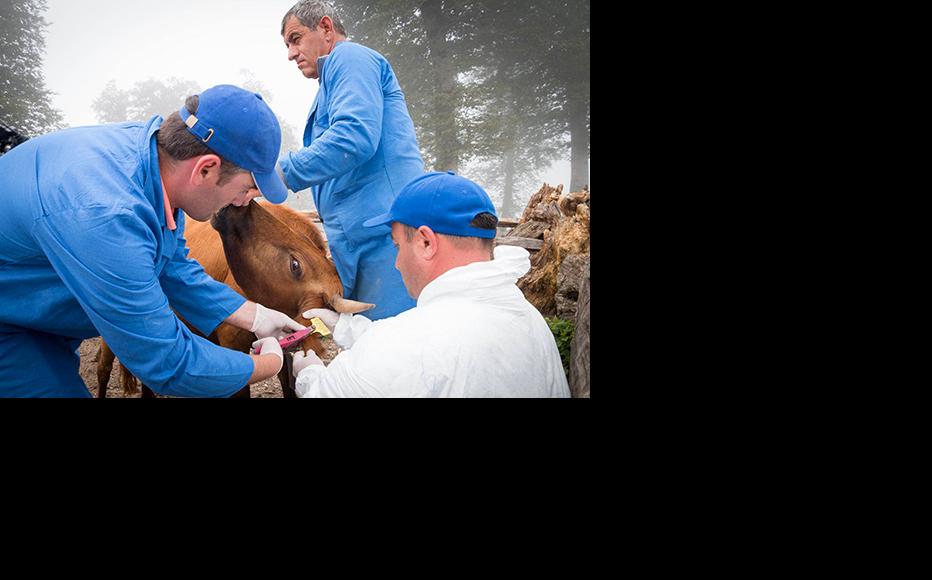 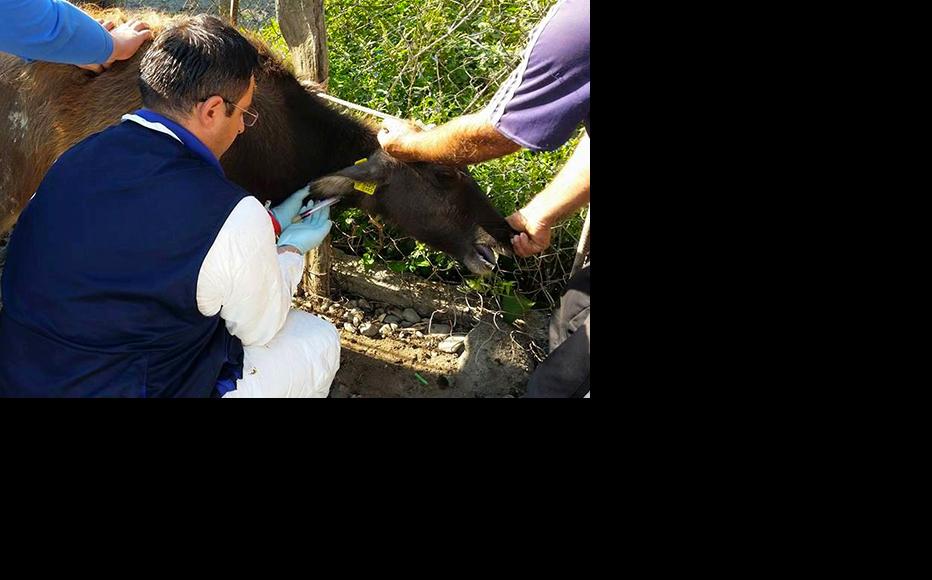 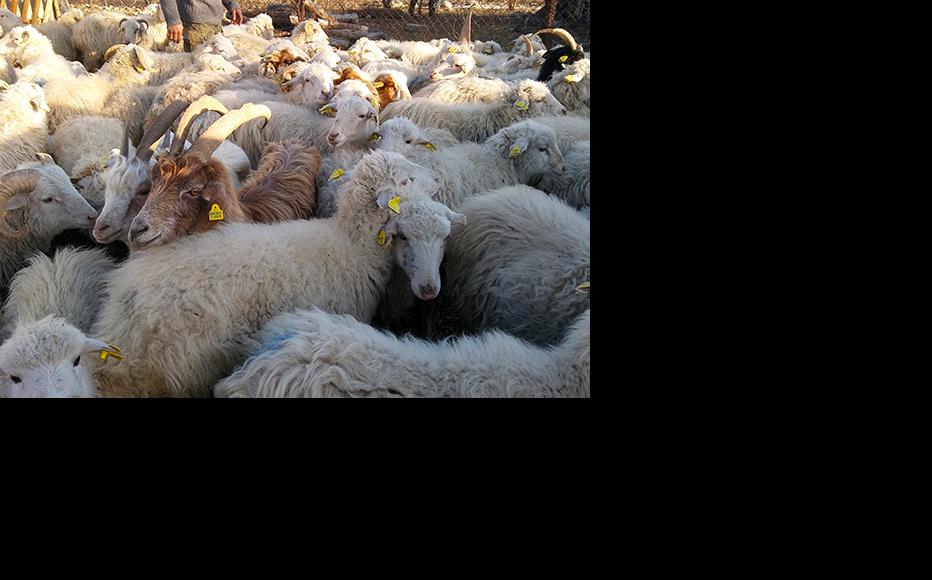 Sheep dipping carried out by vets. (Photo: Zviad Asanishvili)
The link has been copied

Manana Parkosadze, 65, always buys her meat from a local butcher rather in Tbilisi’s better-regulated but more expensive supermarkets A retired biologist, she said that she was well aware of the dangers of consuming contaminated food products but judged the risks to be low.

“I regularly buy beef from one and the same butcher,” she said. “He might not have documents to prove the product’s origins, but I trust him as he sells meat in this market on a regular basis. Besides, compared to the supermarkets, the price difference is at least three to five GEL ( one to two US dollars) based on the cut, therefore it’s more convenient for me.”

Many Georgian consumers like Parkosadze prefer to buy products from small producers, viewing them as higher quality than more processed goods. And in Georgia, where roughly 350,000 households own at least one animal, farm-level production is widespread.

But those operating on this small scale fear that legislation to be introduced next year may price them out of existence. Currently, only registered producers have to comply with food safety regulations and undergo inspections.

According to new measures planned for 2020 to bring Georgia into compliance with EU standards, even small producers will have to be regulated and pay tax.

Those in the business agree that the new regulations will increase prices. Beka Gonashvili, a sheep farmer in Kakheti who also produces meat products, said he feared it would be the end for many small producers who will not be able to afford the new overheads. Services such as laboratory checks, for instance, cost around 300 GEL (105 dollars).

“If farmers are not able to satisfy production standards they will be unable to sell their goods in markets,” Gonashvili said. “In addition, larger producers will not purchase their goods, so either they will develop small enterprises in line with all food safety regulations and standards, which is rather costly, or, most probably will quit their activities. Surely this regulation will harm them.

“When it comes to honey, it is important to highlight that the Georgian market is saturated with the product, so the price is sometimes rather low,” she said. “In order to satisfy this new regulation, producers will have extra expenses, which will be reflected in the price of the product. When a small farmer has extra production costs with a high selling price, they can’t expect to make a profit, so there will be no point to produce at all.”

Although Georgia has a relatively low incidence of serious food-borne illness, the National Center for Disease Control (NCDC) reported that in 2017-2018 Georgia experienced 60 anthrax cases, two of which were fatal, as well as 394 instances of brucellosis and 232 of salmonella for every 100,000 inhabitants.

The agency recorded around 51,400 cases of intestinal infection - mostly food poisoning - in 2017, down from more than 66,000 cases in 2015, although the real figures are likely to be higher.

The National Food Agency (NFA) carries out inspections regulated by a government decree adopted as part of the Deep and Comprehensive Free Trade Agreement (DCFTA) that Georgia signed in June 2014 with the EU.

According to the decree the NFA must check meat, eggs, fish, milk and dairy products for all major foodborne diseases. In addition, they carry out unplanned inspections based on reports from consumers, or if the business fails to meet the standards of previous checks.

In theory, all those who produce and sell such products have to register. But in reality, the state has little leverage to track down or monitor unregistered companies.

This year the NFA is expected to carry out 6,580 inspections nationwide, a challenge in itself as there it has only 94 inspectors. Each must complete 70 planned inspections this year, with unspecified number of unplanned inspections to be performed in addition to that. It remains unclear how the agency will handle the challenges of inspecting all the newly registered business too.

Although small producers fear the impact on their part of the food sector, others argue that the measures are necessary to improve standards in Georgia and provide a level playing field for all farmers.

Gocha Ghalashvili founded the cheese factory Tsivis Kveli in 2008 and produces traditional varieties of the mozzarella-like sulugun. His products are distributed across Georgia and also exported to the US.

He said that the government currently applied double standards towards registered and unregistered producers.

“We compete with unregistered producers who check neither milk quality nor follow food safety standards, whereas registered produces provide laboratory checks of raw materials, pay taxes, implement HASP [hazard analysis and critical control points] - these all is connected to expenses. While we refuse to buy unhealthy, contaminated milk, non-registered individuals collect everything and produce cheese which is unsafe for consumption.”

The prevalence of farm-level production, he continued, was “a major reason why the country can’t improve milk quality. Seventy per cent of the Georgian market is saturated with such products”.

Experts note that improving food standards is also essential if Georgia wants to move forward with free trade agreements with the EU.

“The awareness of Georgian consumers and farmers about food safety, as well as their habits is linked on the one hand to lower sensibility towards food safety standards and, on the other hand, to the country’s socio-economic reality,” said Mikheil Sokhadze, of the UN’s Food and Agriculture Organisation (FAO).

He head’s Georgia’s Animal Identification and Traceability System (NAITS) programme, which collects data on all animals intended for slaughter.

“NAITS is crucial for any country that is intended to have free trade with the EU,” explained Sokhadze. “The programme guarantees overall control from the farm to the table, starting with checking animal health and ending with the ready food that is served on our plates.”

As a result of the 2014 approximation agreement Georgia must implement more than 250 EU food safety standards before 2027.

Giving Voice, Driving Change - from the Borderland to the Steppes
Georgia
Life
Connect with us