Political leaders say membership plan should be agreed this year if NATO is serious about inviting Georgia to join.

Political leaders say membership plan should be agreed this year if NATO is serious about inviting Georgia to join. 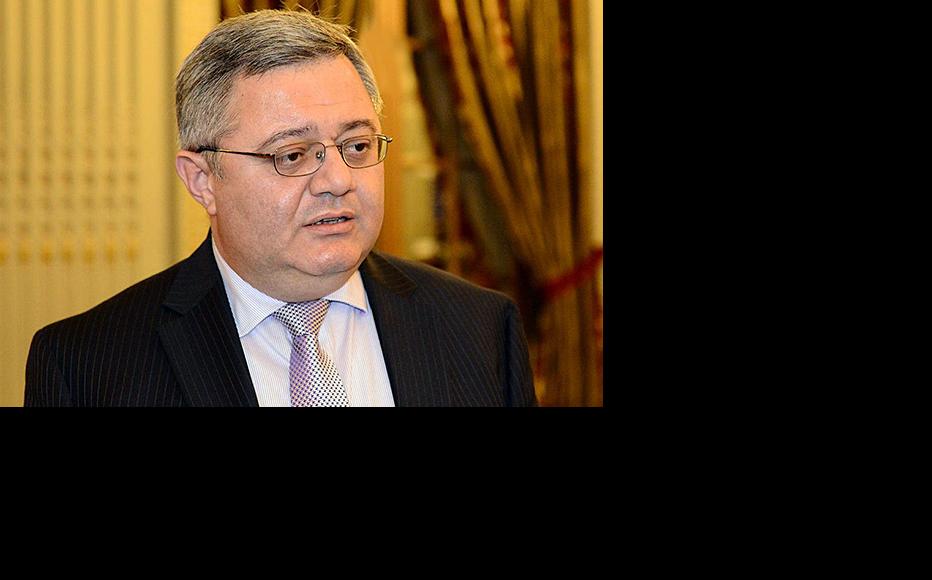 Georgia has long harboured ambitions to join NATO, but progress has been halting. Now politicians are urging the alliance to give a clear sign that Georgia would be welcomed as a member, if only to prevent its citizens becoming disheartened and drifting away from pro-Western policies.

At an event organised by the Estonian Centre for Eastern Partnership on January 13, David Usupashvili, the speaker of parliament and a senior member of the ruling Georgian Dream coalition, called on NATO to grant his country a Membership Action Plan (MAP) at a NATO summit scheduled for early September.

“If it’s a no…. this is going to ruin and undermine political stability in the country,” he told reporters in Tallin. Anything less than the MAP would be taken as a snub in Georgia and would embolden anti-Western forces there, he said.

After meeting a visiting NATO delegation on February 11, Georgian president Giorgi Margvelashvili expressed hope that the MAP would be forthcoming.

“Georgia’s progress on democratic reforms, military construction and defence will be assessed properly at the 2014 summit in Britain, and it will raise our cooperation to a new level,” he told reporters.

The delegation from NATO’s Military Committee was in Georgia to find out whether the country was ready and willing to move towards further integration, and advise member governments accordingly.

Committee head General Knud Bartel praised the defence-sector reforms under way in the country, and said that “NATO stands side by side with Georgia on its path towards Euro-Atlantic integration”.

Whether the relationship is close enough to produce the MAP in September is, however, unclear.

In 1994, it joined NATO’s Partnership for Peace programme. Moves towards integration accelerated after Mikheil Saakashvili became president in the wake of the 2003 revolution.

In 2004, Georgia signed an Individual Partnership Action Plan, and discussions began on a MAP – the first step towards accession – two years later.

In a referendum held in January 2008, 77 per cent of Georgians backed plans to join NATO.

Hopes that the MAP would be agreed at a NATO summit that year were dashed, largely because a number of European states were reluctant to move on it.

The Georgian-Russian war of August 2008 made many people in the country even keener to press ahead with the NATO accession process.

Georgia contributes more troops to the NATO-led force in Afghanistan than any other non-member. They will leave Afghanistan together with other international troops this year, but the Georgian military will contribute soldiers to NATO’s rapid-reaction force from 2015.

Georgian enthusiasm has not been entirely reciprocal, as many NATO states remain cautious about admitting the country. But the tide may be turning. Some analysts believe the preconditions for winning a MAP are better than they have been in years.

A group of 42 United States Congressmen recently wrote to Secretary of State John Kerry asking him to approve an action plan for Georgia this year.

According to Kakha Gogolashvili of the Centre of European Studies in Tbilisi, “The United States is more motivated about Georgia eventually becoming a member of NATO…. The issue of accepting Macedonia and Montenegro is being discussed, and Bosnia and Georgia will come next.”

“At the moment, there is a clash between the geopolitical interests of Russia and the West, including in Ukraine,” Gogolashvili continued. “It is an opportune moment, but nevertheless, no one can say what decision will be taken at the summit.”

The lack of tangible progress towards NATO membership has dampened public enthusiasm for it and strengthened anti-Western sentiment over the last two years. That has not been helped by casualties in Afghanistan. A truck bomb in June 2013 killed seven Georgian servicemen, bringing the total number of deaths to 29.

“The more people grow tired of waiting for a MAP… the harder it gets to campaign for it. Scepticism grows,” Gogolashvili said. “It appears that those groups that speak out against Georgia joining NATO have been exploiting this. The delay in granting Georgia a plan is an added argument for their propaganda against integration and involvement in international operations.”

Tinatin Jvania is a freelance journalist in Georgia.

Georgia
Diplomacy
Connect with us