Georgia at a Crossroads: Why the West Should Care

This vote is significant for the wider region and the whole of Europe.

Georgia at a Crossroads: Why the West Should Care

This vote is significant for the wider region and the whole of Europe. Elene Khoshtaria with symbolical gesture in support of Georgians who lost their eye after being hit by rubber bullets during the brutal police crackdown of the peaceful protests on June 20, 2020. (Photo courtesy of E. Khoshtaria) 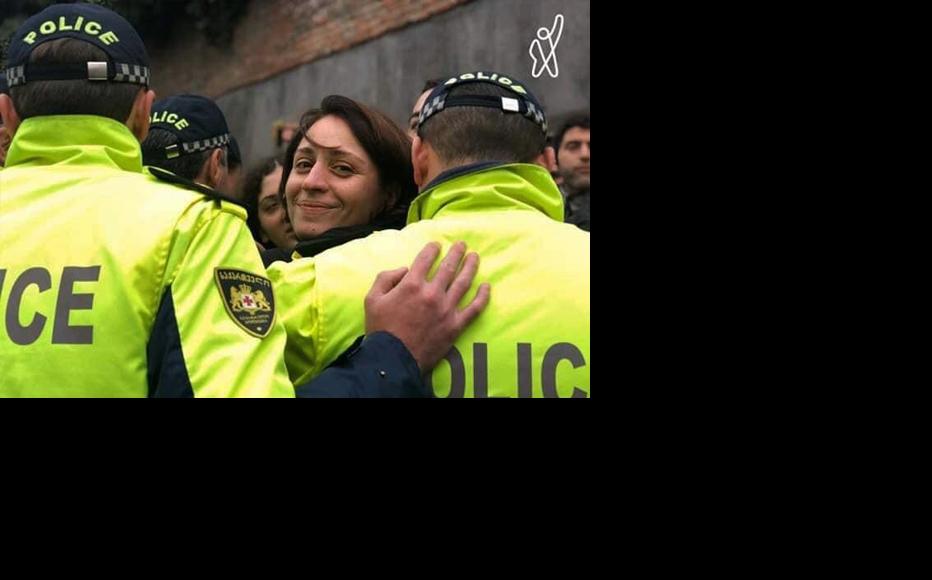 Elene Khoshtaria being taken away by the police after protesting for the proportional election systems. (Photo: E. Khoshtaria's Campaign)
The link has been copied

In the midst of a global pandemic, an economic crisis and an upcoming US presidential election, Georgia’s 2020 parliamentary elections have been somewhat overshadowed in the global scheme of things. Despite this, it is vital that Georgia is not forgotten by the West during a period that is critical for the consolidation of democracy in our country.

On October 31, Georgia will have its first predominantly proportional elections. This milestone was achieved as a result of months of protests that began in June 2019, driven by civil society and a strong push from a united opposition and our international partners. The change to a proportional system is an opportunity for Georgia to gravitate from a one-party to a multiparty system towards a representative, pluralistic and consensus-based parliament. It is an opportunity for Georgia to bid farewell to the legacy of the ‘winner-takes-all’ Soviet-style system in which the ruling party has complete control over the country’s institutions, and a politicised judiciary is used as a political weapon against their opponents. And it is an opportunity for Georgia to take the first step to adopting a system of governance in which checks and balances and strong institutions dominate.

For the thousands of people who demonstrated in the streets for months for this change, and for a country that has been striving for democratisation and Euro-Atlantic integration for the past 30 years, this is a vital domestic change. The elections are equally significant, however, for the region and the whole of Europe.

In a transitioning region at a crossroads between Russia and the West, Georgia’s upcoming elections carry a particular weight. Conducting free and fair elections here can send a strong signal that the post-Soviet system - where rule of law and democratic elections act as window dressing for authoritarian regimes - is not the region’s destiny but a historical anomaly. By establishing a tradition of a peaceful transition of power through the ballot box rather than violent uprisings, Georgia can show that democratic transition is possible and empower regional political and social leaders who see their future as part of a free world rather than as an extension of Russia’s backyard.

By closely engaging in the upcoming parliamentary elections, Western allies are not only supporting Georgian society but also sending a powerful message to those political actors across the region who are struggling to get rid of their Soviet legacy and establish a rule-based political system.

Free and fair polls in Georgia could also provide an antidote against the growing, global spread of Russian disinformation and election interference.  As events in the US, the UK, France and other democratic countries made clear, Russia endeavors to polarise political processes by meddling in elections and empowering radical, far-right groups.

Upcoming elections in Georgia are no exception. Aside from spreading anti-Western and anti-democratic disinformation through social media, Russia has also directly interfered in Georgia’s election processes by guiding and financing a pro-Russian, far-right political party, The Alliance of Patriots.  In late August 2020, findings released by the Dossier Center, Russian opposition figure Mikhail Khodorkovsky investigative project, revealed that the Kremlin had financed the Alliance to the tune of eight million US dollars and guides them with step-by-step instructions aimed at reviving ethnic tensions and creating anti-Western sentiments. The ruling party left this case of unlawful Russian interference uninvestigated.

If Georgia refuses to submit to Russian influence and holds free and fair elections that bring in a pluralistic, pro-Western government, we can weaken the myth of the power of Russia’s influence operations. For these changes to occur, however, our strategic partners need to send a clear signal to the Georgian authorities that rigging elections, intimidating and bribing citizens and resorting to violence will come at a high political price.

This is a country where a transition of power via elections has only happened once. By close monitoring and using conditionality as an instrument to hold authorities accountable, the West can play a significant role in helping these changes come about. In a country where support for Euro-Atlantic integration is high, the condemnation of undemocratic processes and penalisation of responsible Georgian authorities by our Western partners can carry a strong political weight.

On March 8 2020, the positive impact of Georgia’s Western allies was evident when they facilitated the creation of a level playing field by pushing the Georgian government to concede to a representative, proportional election system. The world saw the cost of a delayed Western reaction in 2014 in Ukraine. Consequently, it is critical that the West acts to take preventive measures during the election period and not when it is too late. The Georgian people have clearly made their choice, and it is crucial that our strategic partners act to help them consolidate this choice – for the sake of a democratic Georgia, a stable region and a peaceful and prosperous West.

Elene Khoshtaria is a member of parliament for the pro-Western European Georgia party, and one of the few united opposition majoritarian candidates for the Tbilisi district of Vake.