Coronavirus has hit exports and imports as well as the crucial tourism sector. 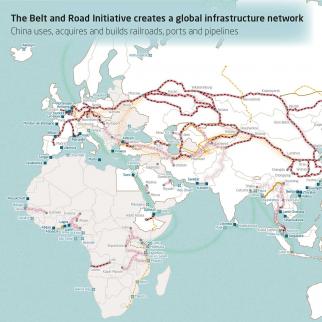 Map of the plans for China's Belt and Road Initiative.

Coronavirus has hit exports and imports as well as the crucial tourism sector. 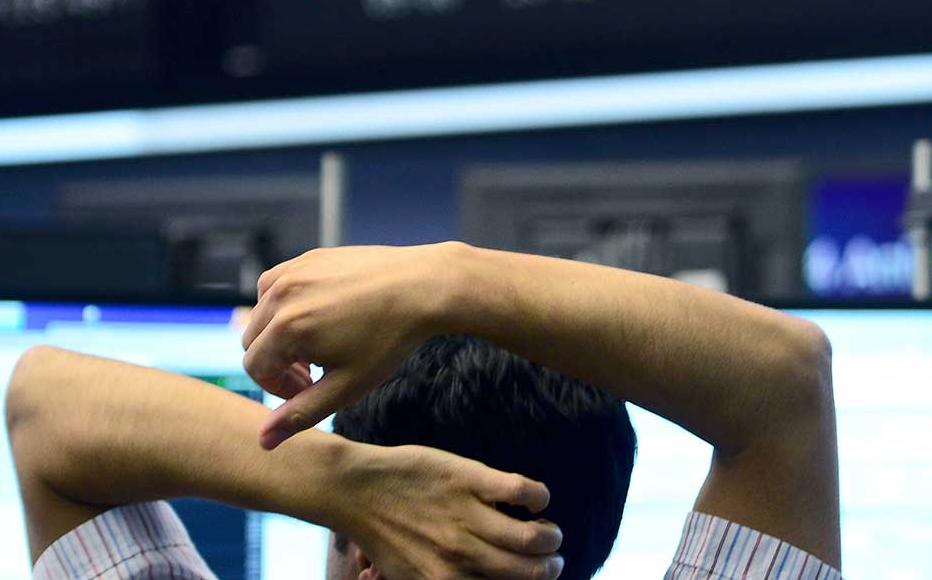 A trader sits at his desk under the day's performance board. © Thomas Lohnes/Getty Images
The link has been copied

Experts in Georgia have called for the government to create an integrated plan for the country’s post-Covid economic recovery, warning that a long-term strategy was badly needed.

According to latest government figures, 1,100 companies ceased operating and 150,000 people lost their jobs in Georgia in 2020. Both exports and imports decreased, and an entire season of tourism revenue – a major source of income – was lost.

The unpredictable business environment was further fueled by uncertainty due to ongoing Covid-19 regulations and a political crisis that followed last October elections, with the opposition continuing to boycott parliament.

Georgia is currently at risk of defaulting on its loans, which bodes ill for its future obligations. The government has announced that they have a plan to bring public debt down to 57.5 per cent over the next three years, although they have not released any details.

As 80 per cent of Georgia’s foreign debt is in foreign currency, the unstable nature of the Georgian lari has only complicated the issue further.

The collapse of the Anaklia deep water port project also damaged Georgia’s reputation as a safe place to invest. Large-scale investment in the country has fallen steadily in recent years.

So far, discussion of the post-pandemic plan has focused on the re-opening of the economy, the lifting of restrictions and the vaccination plan.

“In the economic crisis caused by the pandemic, it is of particular importance of the government to secure workplaces and facilitate the situation for investors and local producers,” Prime Minister Giorgi Gakharia said in a January 30 statement. “It is important that we actively discuss what additional steps can be taken to support businesses in this period of crisis.”

Tamar Khorbaladze, a researcher at Georgia’s Economic Policy Research Centre, said that the government’s financial resources to deal with the crisis were limited.

Unable to subsidize all sectors of society, she said that that the authorities were focusing on short-term support to some citizens and businesses.

“When you have to act short-term and fast, it is especially important to quickly evaluate local social needs so that people are not left on the borderlines of starvation and children are not left without food,” she said. “Aside from that, it is important that the government acknowledges the importance of supporting local producers and, as much as possible, supporting them logistically - for example, when people in rural areas can no longer trade their products in the international market due to the closing of borders.”

Vato Lezhava, an economics professor at the Agricultural University in Georgia, said that the slow pace of Georgia’s vaccine roll-out would hold its recovery back.

“In this regard, the situation in the country is not hopeful,” he continued. “It’s important to have a good starting position. If a country has an aggressive and fast vaccine strategy, this means that it holds a good starting position and can become a leader. Whoever cannot ensure this will lag behind. So far, we belong to this second category.”

Experts argue that attention needs also to be paid to the challenges that will follow this immediate period of crisis.

Restrictions have led many companies to restructure. Finance expert Tamar Edisherashvili, who has switched to teaching accounting courses online, said that this could be a valuable way to plan for the future.

“We are trying to use the challenge to our advantage,” she said, adding, “In companies that have competent accountants, the directors have come up with a plan to reduce costs, reorganize the personnel and services. If we notice that distance working encompasses less costs, this, of course, will be considered in the future.”

The importance of embracing new digital technologies has also been highlighted by the pandemic.

Some experts believe that blockchain technology can be developed in Georgia, along with more extensive use of Bitcoin, noting the profits that other countries have reaped from investment in this direction. There is also a consensus that startup development needs to be nurtured.

“There are two main criteria that the government should fulfill: firstly, its commitment to innovation should be made clear on the international level and this should be expressed in the government's action-plans to develop innovation,” said Levan Bodzashvili, rector of the Neiron Academy of Artificial Intelligence.

Bodzashvili argued that the pandemic had led to the redistribution of large amounts of investment. If Georgia did not now invest in emerging technology sectors, it would have no  no chance of attracting investments in the future.

Then there were the long-term social effects of the pandemic, with psychologists stressing the necessity of supporting citizens left without jobs and sources of income.

“Covid-19 left a depressive effect on people, the removal of which will take some time. Those who suffered this most intensively might need long-term treatment,” said psychologist Natia Panjikidze.

“Throughout the pandemic, people had to live in an extended period of stress which leads to emotional exhaustion. Uncertainty leads to the rise in level of anxiety. For children, a safe, untroubled, benevolent environment is very important. During isolation, when every family member is forced to be together, interpersonal relationships might become strained which negatively affects a child’s psycho-emotional well-being.”

Giving Voice, Driving Change - from the Borderland to the Steppes, Coronavirus Pandemic
Georgia
Economy, Coronavirus
Connect with us