Anxieties raised by Bosnian Serb premier’s recent refusal to acknowledge the scale of the Srebrenica atrocity.

Anxieties raised by Bosnian Serb premier’s recent refusal to acknowledge the scale of the Srebrenica atrocity. 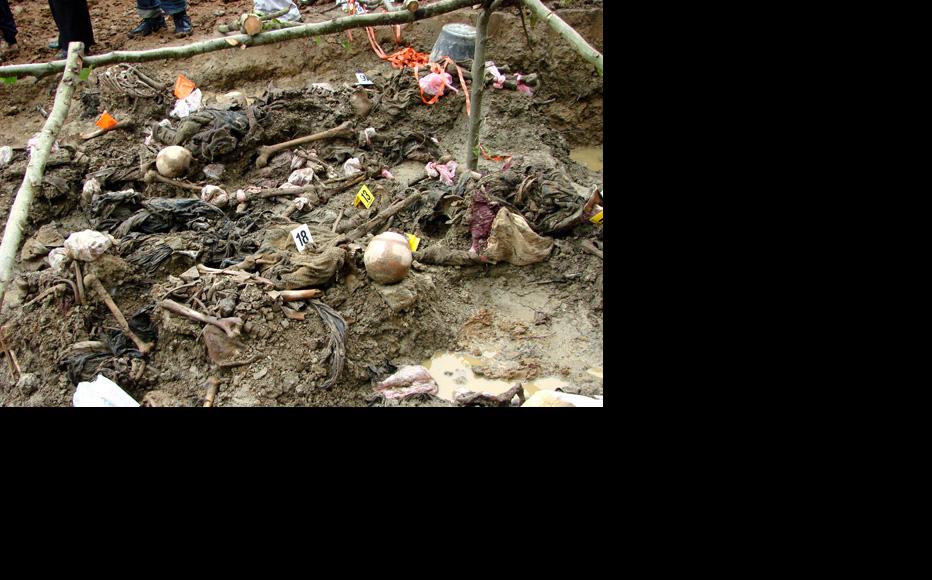 The decision by Republika Srpska, RS, prime minister Milorad Dodik to tell a pre-election rally in Srebrenica that genocide had never been committed there has provoked concerns over Bosnian Serb reluctance to come to terms with the past.

“Unborn Serb children cannot be held responsible for something that happened 15 years ago. They cannot and they will not be. And genocide did not take place here. We will not accept claims that what happened here was genocide, because it was not,” Dodik told a crowd of cheering supporters at the September 20 rally.

Dodik, the leader of the Union of Independent Social Democrats, SNSD, is running for president of the RS in the October 3 general elections.

He went on to allege that the fact that thousands of Bosniak women and children were expelled from Srebrenica to Bosnian government-controlled territory demonstrated that there had been no intention to destroy a whole nation.

“The number of Bosniaks who had left Srebrenica for Tuzla and Sarajevo [in July 1995] was bigger than the number of those who died here. That is not genocide,” Dodik told his supporters.

In July 1995, around 8,000 Bosniak men and boys were killed when Bosnian Serb forces overran Srebrenica. The International Criminal Court for the Former Yugoslavia, ICTY, and the International Court of Justice, ICJ, have both ruled that the crimes that took place in Srebrenica amounted to genocide.

However, many Bosnian Serbs are in denial over the atrocity. According to the president of the Helsinki Committee in RS, Branko Todorovic, people in the RS have long been manipulated by their political leaders into believing that accusations of genocide can be dismissed as merely widespread anti-Serb propaganda.

And genocide denial always occurs more often in pre-election periods, said Ivan Lovrenovic, a political analyst with Bosnia’s weekly magazine Dani. In Lovrenovic’s view, Dodik’s remarks in Srebrenica were yet another attempt to rewrite the wartime past of the RS.

“Dodik reached for the darkest of all tools – the denial of genocide – to attract more votes in the upcoming elections, and he did it at the peak of his electoral campaign. That is shameful,” Lovrenovic said.

Muhamed Mesic, a genocide researcher with the Institute for the Research of Crime against Humanity and International Law, warned that genocide denial by a public figure had an effect on the wider community.

“When the denial comes from a president of a country, or a prime minister, then it becomes a big problem because people trust these figures. As a consequence, their words are accepted by their compatriots as a truth, and not pure nonsense,” he said.

But some observers say that the denial of genocide in Srebrenica should not be given undue importance.

Miroslav Mikes, a lawyer from Banja Luka and an SNSD lawmaker in the RS national assembly, distanced himself from his party leader’s comments.

“The ICJ said in its ruling all that needed to be said about the events in Srebrenica,” Mikes said. “This court has ruled that genocide did take place, so any statements to the contrary are irrelevant, even when they are made by the political leaders in this country. The denial of genocide only serves political purposes.”

A law to make genocide denial illegal has been put on the agenda of the Bosnian state parliament several times, but never adopted because of vehement opposition from RS parties, headed by the SNSD.

Todorovic points out that those blocking the adoption of this law in the state parliament were trying to protect their own interests. If politicians admit that genocide did take place, they fear this could call into question the very existence of the Serb entity.

“We have to understand that those who continuously prevent this law on denial from being adopted are the same politicians who hope to see Republika Srpska gain full independence,” Todorovic said. “And as long as people in the RS refuse to accept facts about what happened in Srebrenica, the denial of genocide will continue.”

Dzenana Halimovic is an RFE reporter and IWPR contributor in Sarajevo.