Bosnian Serb general pleads not guilty to contempt of court.

Bosnian Serb general pleads not guilty to contempt of court. 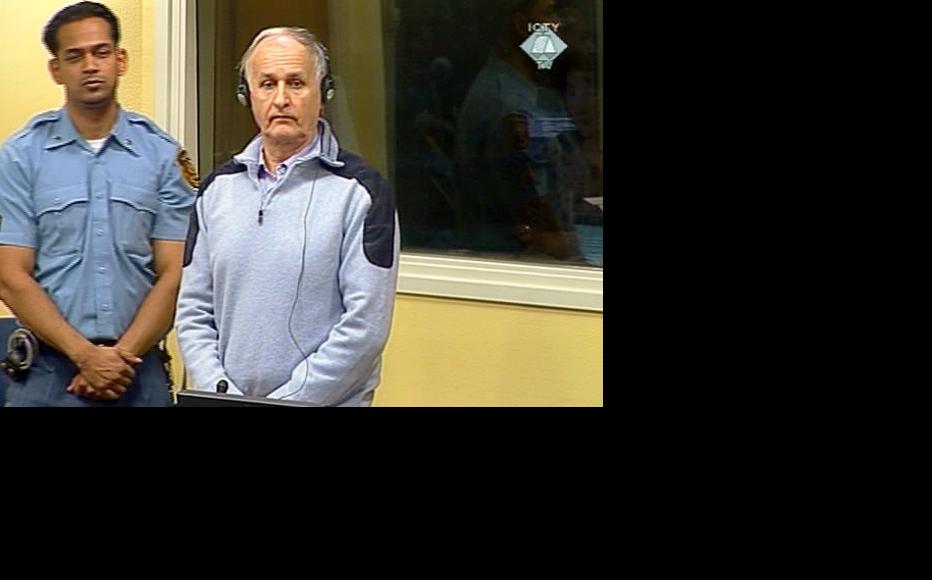 Radislav Krstic in the ICTY courtroom. (Photo: ICTY)
The link has been copied

General Radislav Krstic pleaded not guilty in The Hague this week to charges of contempt of court after refusing to testify in the trial of his former superior, wartime Bosnian Serb president Radovan Karadzic.

Krstic, who was chief of staff of the Drina Corps of the Bosnian Serb army, is serving a 35-year prison sentence for aiding and abetting genocide, murder, extermination and persecutions in relation to the 1995 Srebrenica massacre, during which more than 7,000 Bosniak men and boys were killed by Bosnian Serb forces.

In October 2012, Karadzic, who is now in the middle of presenting his defence case at the tribunal, asked judges to subpoena Krstic because he had repeatedly declined to be interviewed or appear as a witness in the case.

In the subpoena request, Karadzic said Krstic “is expected to testify that he never informed Dr. Karadzic that prisoners from Srebrenica would be, were being, or had been executed”.

Krstic’s testimony was thus “directly relevant” to the genocide charge in the indictment, Karadzic contended.

Judges granted the subpoena, but in February, Krstic’s lawyers argued that their client was suffering from post-traumatic stress disorder and asked for the subpoena to be stayed until a medical review was completed.

The bench denied the request and ruled that “the witness’s mental and physical health is such that he is able to testify.”

However, after hearing further submissions from Krstic, the bench ordered a medical review to be conducted by an independent expert appointed by the registry. The medical report was submitted to judges on March 8, and they found that there were “no medical reasons that would amount to good cause for the witness not to comply with the subpoena”.

Krstic was ordered to appear in court in the Karadzic trial on March 25, but once seated in the witness box, he again refused to testify.

Charged with contempt of court, he made an initial appearance in this case on April 4. He said he had not given testimony for “exclusively” medical reasons, without elaborating.

His defence lawyer said he needed 30 to 35 days to obtain the documents needed for the contempt trial.

Presiding Judge Melville Baird said a date for the proceedings would be set in due course.