Inspired by uprisings elsewhere in the region, activists have campaigned to end Palestinian divisions.

Inspired by uprisings elsewhere in the region, activists have campaigned to end Palestinian divisions. 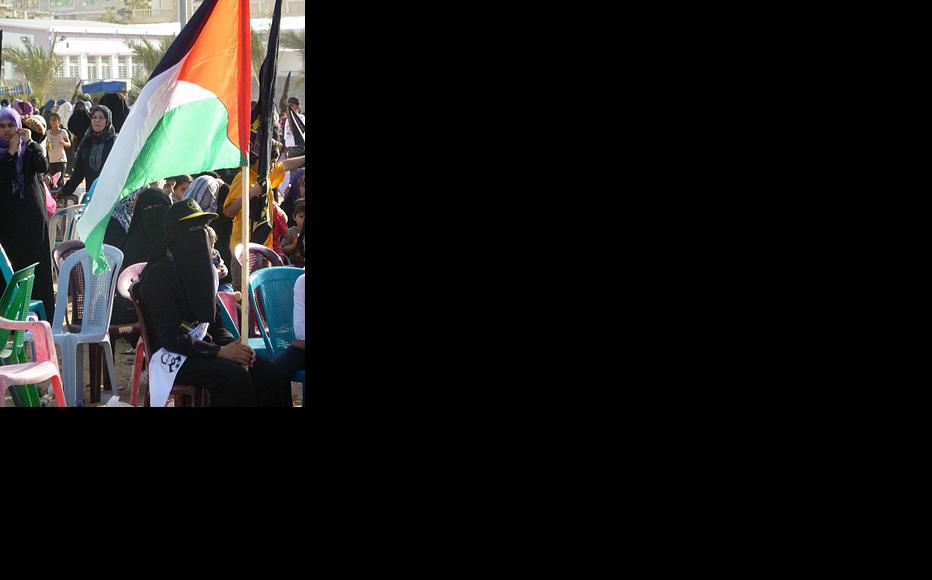 Palestinian activism has helped bring about a rapproachement between Hamas and Fatah. (Photo: Nadim Baba)
The link has been copied

As popular revolts continue to shake the Middle East, young people in Gaza have been watching the developments with frustration – and the Hamas regime has been struggling to understand the implications of its own hold on power.

There was jealousy and envy amongst the youth of Gaza earlier this year as they viewed television footage of the uprisings that forced Tunisian leader Zine al-Abidine Ben Ali and Egyptian president Hosni Mubarak out of power.

Inspired by activists elsewhere in the region, Fatah supporters began to create dedicated groups and pages on Facebook and other social media platforms calling for the fall of the Hamas regime.

Activists even attempted to get people onto the streets to rally against Hamas, although this was largely unsuccessful due to the disorganised nature of the Fatah movement in the strip and the tough response of the Hamas security forces.

So those who felt that ending the Hamas regime was unrealistic started to work on calls for a political agreement to end the split between Gaza and the West Bank.

Scattered protests against Hamas turned into more organised demonstrations demanding reconciliation between Fatah and Hamas, bitterly divided since the 2007 Hamas takeover of Gaza.

Many hoped that demonstrations would herald the start of a sustained popular movement, with mass protests in Gaza called for by grassroots activists on Facebook, Twitter and YouTube.

"The Arab revolutions made us feel depressed and ashamed,” said Mohammad Mattar, 25, of Gaza Youth Breaks Out, a group of young activists. “We used to export uprisings to others, but now we are waiting for others to help us to take real steps to end division.”

The rallies against division and in favour of unity took place in Gaza against a backdrop of restrictions on protest and the suppression of freedom of speech, including limitations on local media by Hamas.

Gaza Youth Breaks Out had issued their own call for change late last year which announced, “We, the youth in Gaza, are so fed up with Israel, Hamas, the occupation, the violations of human rights and the indifference of the international community”.

"The revolutions inspired us to keep going on, despite the lack of freedom in the Gaza Strip, and made us believe that this is the beginning of a new era,” Mattar continued. “Personally, I was arrested and interrogated several times by Hamas security forces but I didn’t - and won't – stop.”

Although Fatah and Hamas allowed some marches in the West Bank and Gaza respectively to go ahead, many independent activists complained of attempts by party leaders to control the protests in order to prevent an Egyptian-style revolt taking hold.

Human rights and basic freedoms had been undermined in the wake of the split between Fatah and Hamas. In the West Bank, this was the case for those allied with the Islamist groups. And in Gaza, there have been arbitrary detentions, with proper legal procedures often ignored, court rulings disrespected and civilians tried in military courts.

"The success of the Egyptian and Tunisian revolutions encouraged us to keep going and made us feel that we were able to make a change – not by forcing the regime to step down but by reviving it thorough unity, in order to face the occupation,” Mattar said.

In the Gaza protests, which peaked in a mass demonstration of some 10,000 people on March 15, protesters waved Palestinian flags and placards demanding unity between the rival political organisations. Supporters of Fatah and Hamas were present in large numbers along with a substantial number of non-aligned young men and women. Some of the young activists slept in the Square of the Unknown Soldier in Gaza City overnight, in an echo of the sit-ins of the Egyptian and Tunisian revolts.

For the first time in the occupied Palestinian territories, it was young people who took the initiative to mobilise street protests, a phenomenon previously left to political factions.

Activists believe that it was the grassroots protests – including parallel rallies in both Gaza and the West Bank demanding unity – which pushed the rival factions towards dialogue.

In March, Hamas prime minister Ismail Haniya invited Palestinian president Mahmoud Abbas to visit Gaza, an initiation quickly accepted by Abbas and which was followed by the signing of an Egyptian-led reconciliation initiative to form a government uniting the Gaza Strip and West Bank.

"Hamas was smart when Haniya made a speech on the same day of protests in Gaza on March 15 and invited Mr Abbas to visit Gaza, to assuage the anger among protesters and youth,” Gaza-based political analyst Mokhaimer Abu Sa'da said.

Hamas believes that it faces no immediate danger of revolution, arguing that they were fairly elected in Palestinian elections in 2006.

“As the result of the accumulated violations of rights carried out by dictators, some in power for over 20 years and others over 40 years, it was natural when injustice reached an unbearable level [in the region],” said Fathi Hamad, the Hamas minister of the interior in Gaza, referring to the Arab Spring.

“We led a revolution against the [rejection] of democracy. And all people who now are fighting for democracy followed our example.”

But both factions face a struggle to win popular backing once more. Recent polls show that the level of public support for both Fatah in the West Bank and Hamas in the Gaza Strip – in decline ever since the 2007 coup - has fallen. Voter turn-out for the next Palestinian elections, which officials hope will be held within a year, is predicted to be lower than those of 2006.

"According to some organisations and student unions in Palestinian universities, public opinion has changed against Hamas and Fatah in both the Gaza Strip and the West Bank,” Abu Sa'da said. “Fatah supporters are stepping back because of the paralysed political process with Israel and the expansion of settlements in the West Bank.

“And in Gaza, Hamas is losing support due to the lack of freedom here and its attempts to impose its views on the wider community and to rule Gaza by Islamic laws, as well as the torture of Fatah members in Gaza.”

Although street demonstrations themselves have fizzled out since the signing of the unity agreement – with activism more focused now in the realm of social media - the lack of practical progress between the two main political factions has led to further disillusionment.

"It is our right to have a united country, to have a right to gather, demonstrate and protest, to express ourselves as other young people elsewhere in the world do,” Mattar said. “To tell everybody - Hamas and Fatah and all the leaders of the Palestinian factions - that we are here and we can act and do things they themselves are unable to do.”

The Arab Spring
Palestine
Political reform
Connect with us