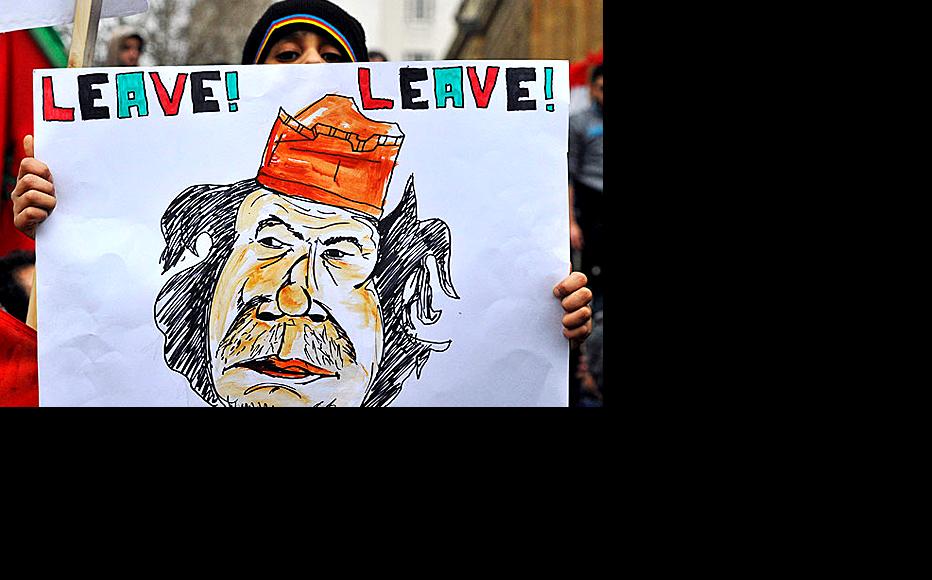 Muammar Gaddafi has become the butt of humour as fear of him subsides in Libya. (Photo: Crethi Plethi/Flickr)
The link has been copied

When Tel Aviv-based musician Noy Alooshe decided to create a remix of a speech by Libyan leader Muammar Gaddafi, he never imagined it would become a huge Youtube hit in the Arab world.

But not only has the videoclip attracted more than 5.5 million hits, television footage this week has shown Libyan rebels advancing into the capital Tripoli to be greeted by locals dancing in the streets – singing “zenga zenga”, the words of Alooshe’s remix.

When Alooshe posted the clip in February, it was the first time that the 32-year-old – known in Israel for his witty musical remixes of pompous statements by political figures – had addressed a worldwide Arabic-speaking audience, and he had no idea what to expect.

“The news reports from the revolution in Egypt stressed that this was a new world; that all the young people there are into Facebook and Twitter,” Alooshe said. “I was interested to see if youngsters in the Arab world really were so involved in the web and in its social networks.”

The title “Zenga Zenga” comes from Gaddafi’s repetition of the Libyan dialect word for “alleyways” in the speech used in the video clip.

To circulate the remix, Alooshe looked on the web to find Arabs posting “freedom-fighting tweets”, Libyan opposition members, and other Arabic media networks. He sent the video to around 20 of them to test their reactions.

Alooshe was surprised at the massive response.

“I had thought that 60 per cent of Arabs were religious people who didn’t go online, that others had no access to the internet to begin with, and that some 20 per cent had no interest in the web anyway,” he said, “But when I saw the viewing data of those first hours after the uploading of the clip, I begun to understand there might be things that I hadn’t known before.

“Most entries were from Morocco, Saudi Arabia and Egypt, next in line were viewings from other Arab states and the smallest share was from Europe and America, probably of exiles.”

Once the video made it into the mainstream Israeli media and from there was picked up and circulated internationally, the viewing figures increased to more than four million.

Alooshe did not identify himself as Israeli when he posted “Zenga Zenga”, but he notes that anyone who viewed his online profile would see it had Hebrew writing on it.

The massive amount of feedback he received included some anti-Israeli insults and threats.

“On the other hand,” he added, “there were also many pleasant reactions – people who wrote saying how much they enjoyed the remix, Libyans who promised they would dance in the streets to this music when the country was freed. Iranians and Syrians requested such remixes of their own leaders. People even wrote that they disliked Jews and Zionists but liked the remix.”

Following requests from viewers, Alooshe posted a re-edited version of the clip removing images of a scantily-clad young woman dancing.

Bizarrely, Alooshe heard that the video was regularly broadcast on Libyan state TV for a couple of weeks before someone realised that it was mocking rather than glorifying Gaddafi.

“They removed it, replacing it with a more flattering clip,” he added.

Alooshe freely admits that his exposure to Arab audiences has changed his view of them, and of the revolutions occurring in one country after another.

“In Israel, the Arab Spring was depicted as a revolution doomed to be taken over by extremists such as the Muslim Brotherhood,” he said. “But then I suddenly saw a totally different picture – one of people who are just like me.

“All these years we were told [in Israel] that there are these enemy countries whose citizens hate us. And then you get to talk to people from Saudi Arabia and Iran and other Muslim countries and you simply grasp that it’s nothing like what we were told of all those years.”

Alooshe believes the direct communication that the internet has made possible has “changed the rules of the game”.

“Once the internet had broken the barriers, you can see that such a citizen may indeed swear at you publiclly – in a Youtube talkback, for instance – but that immediately thereafter the same person will contact you personally and ask for more of your material,” he said.

Alooshe said he had been impressed by the way protesters in Arab countries used the web for serious purposes.

“While we in Israel have always perceived the internet as an arena for socialising and entertainment, they saw in it a channel to openly discuss their oppressive dictators,” he said. “The Arab Spring showed that the internet and social networks are not alienating people or causing them to stay at home in front of a computer, but exactly the opposite – it condenses people together around a certain idea, mobilising them onto the streets and generating the change they wish to achieve.”

Alooshe says Israelis have learned lessons from this, and he was among the first to post satirical remixes last month after protests erupted in Israel over high housing prices and social injustice. The most famous was “Shake, Shake”, mocking Prime Minister Binyamin Netanyahu for claiming before the protests that Israel, unlike its neighbours, was a stable country where discontent would not drive people onto the streets.

Alooshe got various responses from Arabs who watched the clips about Israel.

“There was the usual anger and hatred. Others gloated at the arrogant Israelis who think themselves more enlightened than the Arabs and didn’t see this coming,” he said. “But some Arab bloggers and tweeps posted links to the clip that addressed its universal appeal – that of another disconnected leader.”

Michal Levertov is a journalist based in Tel Aviv.

The Arab Spring
Israel, Libya
Protests
Connect with us