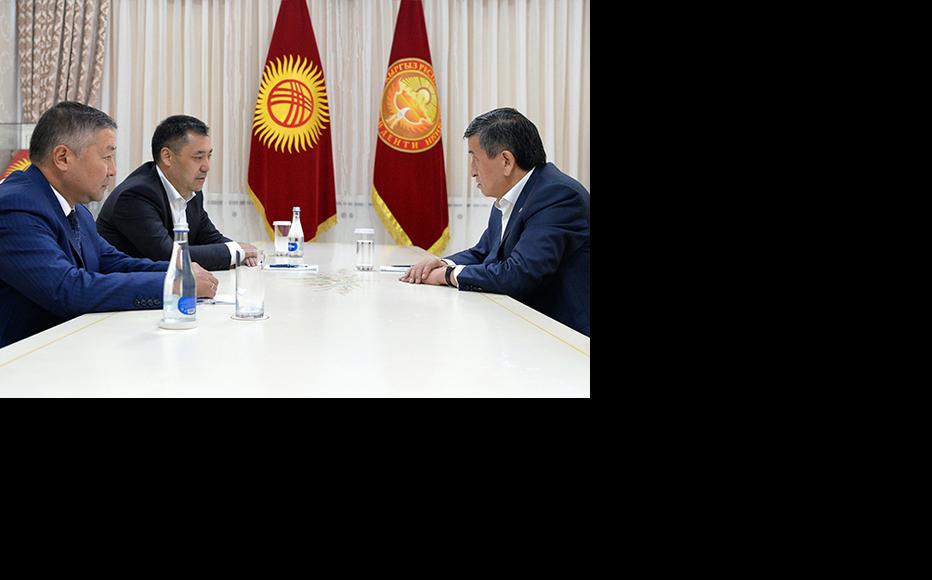 The approval of politician Sadyr Zhaparov as prime minister of Kyrgyzstan following a week of opposition protests has raised hopes that the political crisis may be nearing resolution.

Opposition supporters had vehemently disputed the results of the October 4 elections, which saw three parties associated with the ruling elite declared as clear winners. A night of protests in central Bishkek saw crowds seize control of a number of official institutions and raised fears of violence and further looting. The Central Election Commission (CEC) subsequently cancelled the results.

The new prime minister was himself released from prison in the chaos of the night of October 5, along with other prominent politicians,

He had previously been sentenced to an 11-year term for organizing riots, hostage-taking and hooliganism in 2013 during a rally for the nationalisation of the Kumtor gold mine. Fearing arrest, he fled to Poland before in 2017 returning to Kyrgyzstan where he was immediately taken into custody.

Following his appointment, Zhaparov told reporters that his priority was to ensure public order, fight coronavirus and prepare for the challenges of the winter. He has already made a number of new appointments.

Although only officially approved as prime minster on October 14, following a second parliamentary vote - the first having been vetoed due to proxy voting - Zhaparov and his supporters had spent the previous week insisting that he was the legitimate head of government.

The leaders of the Republic and Ata-Meken parties, who previously opposed Zhaparov as premier, announced on October 14 that they would now support him.

President Sooronbay Jeenbekov’s position is still unclear. Although he remains president, last week he declared his readiness to resign “after the country returns to the legal route”.

Political analyst Medet Tiulegenov said that Zhaparov's approval as prime minister could not be seen as an outright win for him and his faction amid ongoing political turbulence.

"This is an understanding that in any case, there can be no complete victory, you need to make concessions, and they have already agreed on concessions,” he said. “Moreover, the fervor of these battles has already subsided, and they understand that now there is a temporary pause.”

Although all the formal institutions of power have now been restored and function as normal, questions remains as to how the diverse array of political groups will solve outstanding problems.

Legally, in the event of parliamentary election results being cancelled then the date of fresh polls must be determined within a month. As relative calm returned to the country, some pro-government politicians began to argue that this decision should be challenged in court.

Opposition parliamentarians, who have prepared a bill to lower the electoral threshold from seven to three per cent and reduce the electoral deposit from five million to one million soms, continue to maintain that the CEC decision must be upheld.

Meanwhile, Zhaparov has called for constitutional change. On October 10, he told parliamentarians that the lack of transparency in the preparation of candidate list had eroded public trust in the party politics, and called for the return of the majority system.

He argued that electing 50 deputies in single-mandate districts would be preferable to the current 120, and suggested the government be headed by the president with the post of vice-president introduced alongside a national Kurultai assembly.

Experts judge that these plans may have to be delayed.

"The composition of the government that was formed today has reached a certain balance, where the majority of parties that are represented by different ministers are more inclined first to elections, and then, perhaps, to constitutional reform,” political analyst Emil Zhuraev told IWPR.

"I do not think that the colleagues who stand behind Sadyr Zhaparov will fundamentally demand constitutional reform first of all. It remains for his group to push for this reform after the parliamentary elections. His party has a real chance to be in the first places following the results of the elections,” Zhuraev continued.

As for Jeenbekov, Zhaparov supporters continue to protest outside government house in central Bishkek to demand his resignation. Some politicians have tried to start an impeachment process.

Last week, in a public address, Jeenbekov himself stated that "after the legitimate heads of executive authorities are approved and the country takes the path of legality, [I am] ready to resign as president of the Kyrgyz Republic".

But on October 14, the president met with the new prime minister and speaker to announce that “I am always ready for dialogue with the parties for the sake of stability and development of the country”.

“If this confrontation and hot situation continue, it is quite legitimate for the president from a moral point of view to say that the situation has not settled down, I still have the right, even the need to remain in office,” Tiulegenov said. “Now it has temporarily calmed down, but when it will reach a new boiling point is unclear.”

Giving Voice, Driving Change - from the Borderland to the Steppes
Kyrgyzstan
Crisis, Elections, Political reform
Connect with us