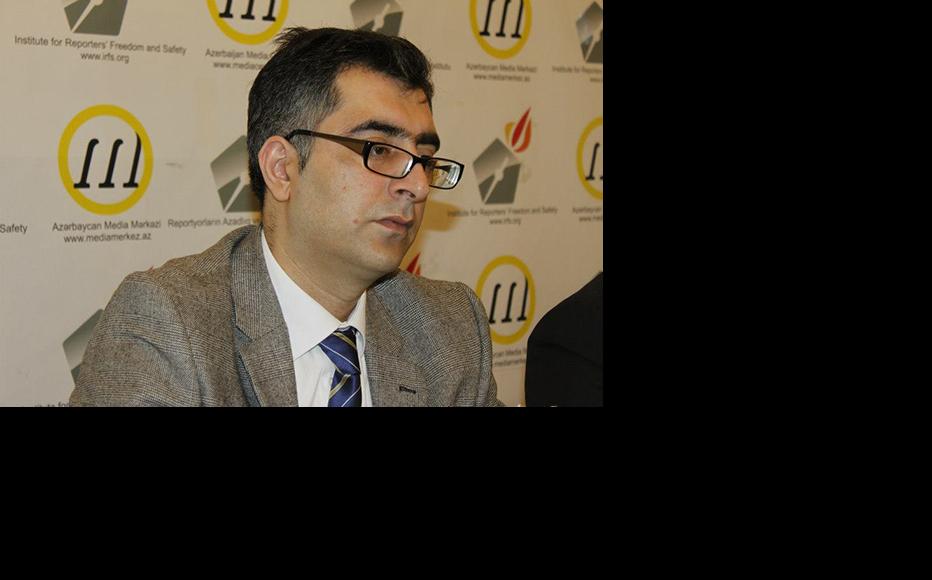 Anar Mammadli, head of the Election Monitoring and Democracy Study Centre in Azerbaijan. (Photo: EMDS)
The link has been copied

The lawyer for Anar Mammadli, head of Azerbaijan’s leading independent election monitoring group, says the five-and-a-half year prison term handed down to him last week is part of a campaign to silence dissident voices.

Mammadli, who heads the Election Monitoring and Democracy Study Centre (EMDS), was arrested in December and presented with a range of charges ranging from tax evasion to ballot-rigging.

Defence lawyer Asabali Mustafayev was in no doubt about his client’s real offense – the EMDS findings that the October 2013 election, in which President Ilham Aliyev was re-elected with more than 85 per cent of the vote, “cannot be considered free and democratic”.

“This arrest was revenge for Anar Mammadli’s report on the election, and also a warning to the leaders of other independent NGOs,” Mustafayev said.

Elchin Abdullayev, head of the Public Union of Democratic Institutions and Human Rights, said the government was trying to sideline authoritative voices, and it was further emboldened by its sense of impunity in the international arena.

The jail terms handed down to Mammadli and his co-defendants did prompt some criticism from abroad.

“The Foreign Office is deeply disappointed,” a statement from the British government said. “Independent election monitors play an important role in promoting a democratic society and they should be allowed to conduct their work without fear of intimidation.”

Isabel Santos, who chairs the democracy and human rights committee of the OSCE’s Parliamentary Assembly – of which Azerbaijan is a member – condemned the move in harsher terms.

“The Azerbaijani government’s systematic targeting of civil society has reached a new low with the sentencing of Anar Mammadli,” Santos said in a statement. “I fear that Mammadli’s only crime may have been his work to defend the rights of his country’s voters. His conviction and sentencing represent an affront to OSCE values in the sphere of human rights and democratic commitments.”

Janez Lenarčič, director of the OSCE’s Office for Democratic Institutions and Human Rights, which itself monitored the October polls, said this conviction was part of a campaign to prevent proper oversight of Azerbaijani elections.

“I have no doubt that the conviction and sentence in his case are aimed at preventing him from working to defend the rights of voters,” Lenarčič said. “It is also clear to me that this ruling and others like it are intended as a warning meant to silence others in Azerbaijan who would work to defend the very rights and freedoms that the country has committed itself to promote.”

Mubariz Gurbanli, a senior figure in the governing Yeni Azerbaijan party, could not see any connection between Mammadli’s activities and his arrest soon afterwards.

“This court case was pursued because the [EMDS] organisation broke the law,” he told RFE/RL. “I think people who try to give this case a political subtext are mistaken.”

Novella Jafaroglu, a human rights activist, said none of the individuals on a list she had prepared was freed, and that indicated that government persecution of civil society was set to continue.

“We prepared a list of 29 people to which many human rights activists signed up. But none of them was amnestied. If the president had wanted to, he could have freed those people,” she said.

Noting that Azerbaijan was just starting a six-month term as chair of the Committee of Ministers of the Council of Europe, Jafaroglu said that releasing activists would have allowed the nation to take up the post “with our heads held high”.

Listing a number of recent cases of concern, she said, “If the amnesty does not include Tofiq Yagublu, Ilgar Mammadov, Yadigar Sadiqov,  NIDA members  or journalists, it brings dishonour on Azerbaijan.”

Selvinj Telmanqizi is a journalist with the Yeni Musavat newspaper.