Why free and fair journalism is also a key part of the battle against coronavirus.

Why free and fair journalism is also a key part of the battle against coronavirus. 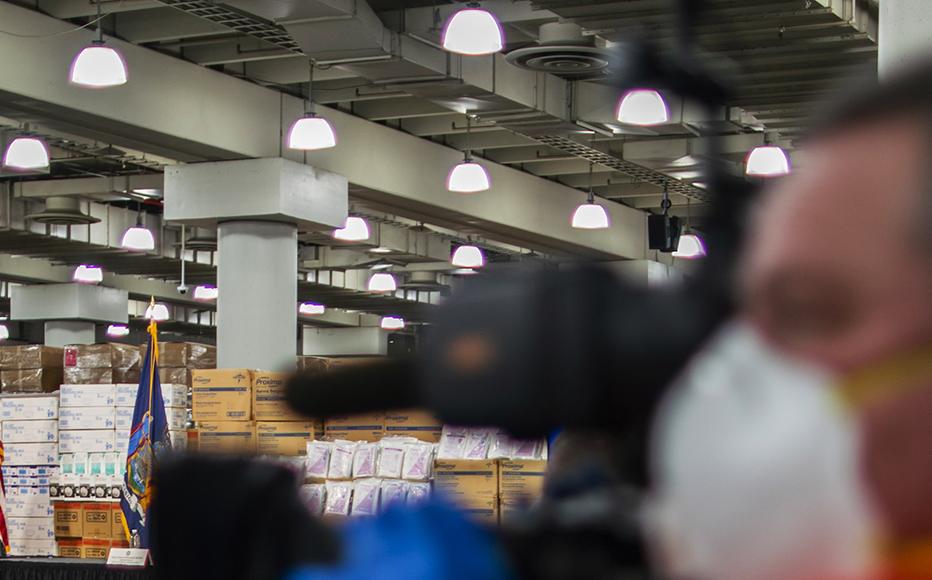 Around the world, we clang our pots and pans in unison to express our gratitude for the health workers saving our lives. Where would we be without them?

And we express thanks to the shopkeepers, delivery personnel and other service providers who allow us to endure, week by week, keeping the lights on and food on our tables.

So, on World Press Freedom Day, it is right that we pause to give thanks to another set of ‘key workers’ – often unheralded if not vilified, but without whom we also could not survive: journalists.

The pandemic is a crisis of health and of public policy, and increasingly of economics and finance. But it is also a crisis of information, in numerous ways:

And in the world’s most powerful countries, divided societies and divided media go hand in hand. When trust and cohesion are undermined, it seems the virus is allowed near free rein.

With cases of Covid-19 soaring, the United States is convulsed by a chaotic health-care system, severe inequality and a hyper-partisan Twitter style of governance unsuited to the seriousness of the moment.

China – one of the most severely controlled societies in the world, ranking 177 out of 180 on Reporters Without Borders’ World Press Freedom Index – is chalking up incremental advances in a wide array of strategic areas, driven by propaganda. Russia, too, is continuing its fierce – and often horribly effective – disinformation campaign to disrupt and destabilise democratic structures in many areas around the world.

It is within this diseased and distressing information landscape that reporters around the world get up every day to do their jobs. They depart their homes to head for the frontlines of the struggle in hospital wards and care homes, crowded slums and jostling demonstrations, to tell the story. They stay home and find new, inventive ways to source and tell stories, virtually and in person.

Against these huge competing challenges, they seek to build a reliable wall of truth, story by story, report by report, by-line by by-line. Like frontline correspondents always, they put themselves in harm’s way, at risk of infection, severe illness and often ongoing attempts by the authorities to silence them. Everywhere, they fight manipulation and misinformation, secrecy and lies.

At IWPR, we mark the day by recommitting ourselves to continue supporting local journalists and activists in challenging environments around the world. Under dictatorships, where the instincts for denial and secrecy are absolutely lethal in a viral context – and health-driven control measures are exploited to extend political repression, with women especially on the sharp end. In war zones, where uncontrolled disease threatens absolute havoc to at risk populations, particularly those displaced and in refugee camps, and extremist groups are also seeking military advantage. And in developing countries, where governance is weak, public finance poor and health systems utterly unprepared and unequal to the task.

IWPR programmes – often themselves finding new safe ways to work in a virtualised world – are supporting social media activists seeking to inform and educate. We are assisting independent media manage financial hardship and survive so they can continue to ask the hard questions that matter. We are providing training and expert insight to inform analysis and reporting on complex science, and we are monitoring and combatting propaganda and misinformation campaigns, in Asia and beyond.

On this day, we always take a special moment as well to commemorate the several IWPR colleagues who have lost their lives in conflict areas in the Middle East and beyond, including my dear friend Ammar Al Shahbander, who died on this day that I write. For us, it will ever be a bittersweet celebration.

So, bang your pots. Stay at home. Hug your family and Zoom your friends. Read critically and widely. And give your thanks and your support to those courageous voices around the world, who are combatting severe challenges and risking their lives every day to bring us this harrowing global story in real time.