Fears of Tension Grow in Kenya

Fears of Tension Grow in Kenya 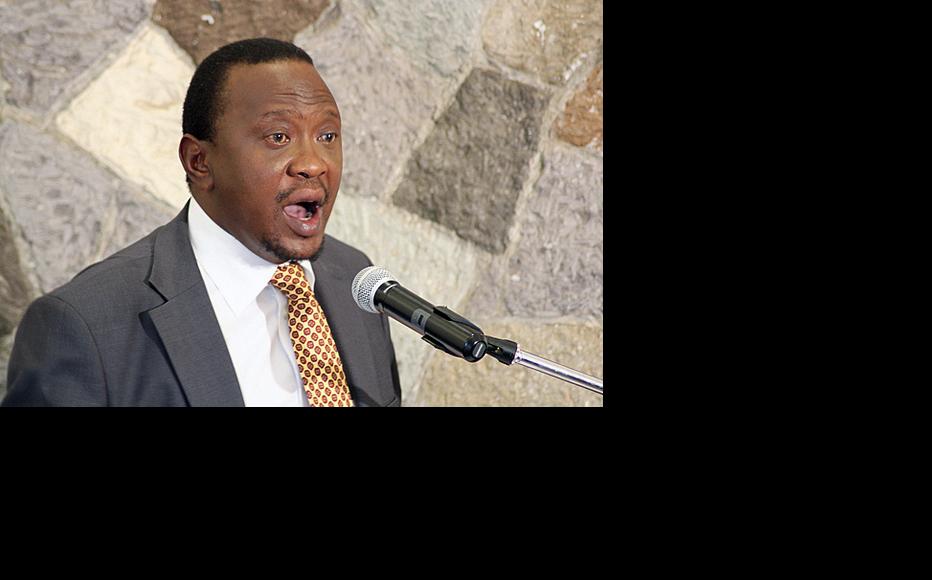 Presidential candidate Uhuru Kenyatta has held a series of public meetings amid anxiety over renewed tensions in Kenya. (Photo: U Kenyatta/Flickr)
The link has been copied

Amid fresh attempts by the Kenyan government to delay or halt the trials of senior officials pending before the International Criminal Court, ICC, observers are warning of an increased risk of violence in the run-up to a presidential election slated for early 2013.

Approximately 1,300 people were killed and 600,000 were displaced as fighting erupted along ethnic lines, prompting the ICC to bring cases against those accused of being key perpetrators.

Kenyatta and Ruto are both running for president. Until this week, they were campaigning together as members of a political group known as the G7 Alliance, but Kenyatta has now registered his own party called The National Alliance, TNA.

Both men are accused of using a string of public meetings to build support against the ICC process, prompting concerns about the risk that ethnic tensions will resurface.

“The president [Mwai Kibaki] and prime minister [Raila Odinga] have been too weak in their response in dealing with obvious cases of tribal incitement,” Neela Ghosal of the New York-based advocacy group, Human Rights Watch. “A lot of people are passing the buck while the public is being incited against the ICC. It’s time the authorities stood up and stopped this before it escalates to violence.

Ghosal added that attempts by Ruto, Kenyatta and their supporters to persuade Kenyans to reject the ICC process would be “futile”, because “ultimately the court’s decisions will not be swayed by political opinions”.

Kenyatta's camp admits that there is incitement going on in the country but denies that his political campaign is part of the problem.

Speaking before Kenyatta launched his new party, his spokesman Munyori Buku said, "The G7 Alliance is not a tribal outfit, neither is it inciting anyone to violence."

The Kenyan government itself has taken a number of steps in recent weeks to counter the ICC process. It is understood to have held meetings with various members of the international community in a bid to win support for deferring the Kenyan ICC cases until after the election, set for March 2013.

Meanwhile, supporters of Kenyatta and Ruto have embarked on a campaign to collect five million signatures to petition the ICC to delay the trial of the four defendants until after the election.

In another worrying development for the ICC, President Kibaki recently replaced Justice Minister Mutula Kilonzo – widely seen as a supporter of the ICC process – with the PNU’s Eugene Wamalwa.

Kilonzo had publicly told Kenyatta and Ruto that as defendants before the ICC, they should not contest the presidency in next year's general election. But Kilonzo’s replacement is a close ally of both defendants.

On taking office in March, Wamalwa said he would not handle any matters relating to the ICC, attracting criticism from those who want to see justice served for the 2007-08 post-election violence.

“It is unfortunate that he wants to leave the issues related to the ICC cases to other [government] ministries, while his mandate is clear that he should deal with all matters relating to the administration of justice and [criminal] trials,” Kenyan Law Society chairman Eric Mutua said. “We believe [Wamalwa] is playing politics with this issue of ICC.”

Regional alliances have also got behind the Kenyan government’s efforts to frustrate the ICC process.

The East African Legislative Assembly passed a resolution on April 26 calling for the ICC cases against the four Kenyans to be tried at the East African Court of Justice in the city of Arusha in Tanzania, even though the court currently has jurisdiction only over civil, not criminal, cases.

The ICC has rejected this possibility.

Following the ICC’s confirmation of charges against the four Kenyan defendants in January, Kenya's attorney general formed a committee to deliberate on how the government should handle the cases. The committee's report is yet to be made public despite being handed to the attorney general in March.

“It is really worrying to see all these things happening now, with the trial of the Ocampo four set to start anytime. We can only hope that the new justice minister will cooperate fully with the ICC and not try to frustrate the cases at the court,” Ghosal said.

Political analysts say the developments in Kenya point to a broader goal of seeking to undermine the ICC process, although the court has already appointed three trial judges to preside over the Kenyan cases, and called the parties to The Hague in June to discuss how the trials will proceed, including a possible start date.

“What we are seeing at the moment is just desperate moves by both the government and the suspects, but these are not useful – it is simply a case of too little, too late,” said Nairobi-based political analyst, Mutahi Ngunyi.

“They might just force the ICC to accelerate these cases. These cases against the four suspects have to continue at the ICC.”

President Kibaki admits the cases at the ICC are causing anxiety among Kenyans. He has also said that he would favour putting the suspects on trial in Kenya.

“The Kenyans facing trials also deserve a fair and legal hearing. In the meantime, I call on Kenyans to remain calm even as we pursue the option of having a local mechanism to deal with any international crimes,” Kibaki said in parliament earlier this year.

But government spokesman Alfred Mutua defended the president’s actions on curbing incitement, noting that the government will hold a major peace conference in August this year to try and tackle tribalism ahead of the general election.

"President Mwai Kibaki has been very clear in his message to the country that incitement and tribal politics have no place here. Of course he realises that much more needs to be done to end this vicious trend that led to the 2008 violence," he said.

Meanwhile Kenya’s National Cohesion and Integration Commission, NCIC, a constitutional body formed after the 2007 elections to counter tribalism, has also been criticised by the Kenyan parliament and civil society groups for failing to rein in politicians accused of inciting the public.

“No lessons seem to have been learnt by the coalition government and members of parliament, as [politicians] continue to polarise and balkanise the country in a manner reminiscent of the 2007 general election,” said Ndungu Wainaina, executive director of the International Centre for Peace and Conflict in Nairobi. “Unfortunately, the half-hearted threats of action from the director of public prosecutions, the National Cohesion and Integration Commission and the police have only served to raise suspicions of connivance, as no meaningful steps have followed.”

NCIC chairman Mzalendo Kibunjia says that while the commission has already received reports of tensions in some parts of the country, it has very limited legal powers to stop public meetings.

“The NCIC has no powers to stop these meetings called by tribal groupings. Perhaps it is time President Kibaki and Prime Minister Raila Odinga showed leadership and spoke out against the groups,” said Kibunjia.

“Sadly, there are still thousands of disillusioned and unemployed youth in the country. These are the ones politicians might incite and use to cause chaos and tension ahead of the elections and the commencement of the ICC cases.”

The prime minister’s office has dismissed claims that its efforts have been inadequate.

“Prime Minister Raila Odinga has gone all over this country and has not shied away from talking against tribal incitement. He has consciously engaged [people], especially the youth, as he has realised that they are not as tribal as the older generation in the country,” Dennis Onyango, the prime minister’s spokesman, told IWPR.

Previous attempts to scupper the ICC trials include Kenya lobbying the United Nation’s Security Council to defer the cases, a proposal which was rejected.

The ICC and the international community generally continue to state the need for the Hague trials, given that Kenya has not set up credible local mechanisms to deal with other alleged perpetrators of the post-election violence.

Last year, the ICC dismissed an application from the government to have the cases referred back to Kenya. The ICC ruled that there was no evidence that the government had done anything to demonstrate its capacity or will to prosecute the cases.

ICC spokesperson Fadi el-Abdallah described the current campaign to postpone the trials as futile, since there is no legal basis for delaying proceedings in response to public pressure.

"Only parties in a case – the prosecution, victims and the accused – can apply before the court to have a suspension of the trial. Court proceedings are governed by rules and procedures, and therefore political considerations and support cannot have an impact on them," he said.

Meanwhile civil society groups continue to press the Kenyan government to reaffirm its commitment to cooperating with the ICC, and to speed up the process of establishing a local judicial mechanism to investigate and prosecute others alleged to have been involved in orchestrating the 2007-08 violence.

“Any efforts to withdraw the four cases that have already advanced at the ICC would only undermine Kenya’s obligation under international law and further delay justice for the victims and the accused persons,” James Gondi, head of the Kenya programme at the International Centre for Transitional Justice, said.

“A local mechanism should complement, not supplant, the ICC process.”

The author is an IWPR contributor in Nairobi.