Fears of Syrian Spillover to Lebanon 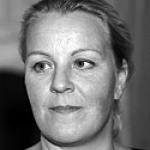 Fears of Syrian Spillover to Lebanon

As the uprising in Syria continues, there are fears that the unrest will spill over into Lebanon, harming the fragile sectarian consensus there. IWPR’s Middle East Programme Manager Susanne Fischer looks at the possible practical and political consequences for Syria’s neighbour.

In what way has the violence in Syria affected the situation in Lebanon?

Everything that happens in the region has repercussions in Lebanon. That is especially true for Syria, with which Lebanon shares a long and often painful history, and strong political and personal ties. Many families live on both sides of the border, and there are many Lebanese-Syrian marriages.

So people in Lebanon are following the events in Syria closely – as far as is possible, given the limited access to independent media. People who call family members in Syria cannot really rely on information from them, either, since many are too scared to talk openly on the phone about what is going on.

The Syrian protests have also had some very practical effects. If you look at the geography of Lebanon, you see it only has two borders, with Syria and Israel. The latter is closed, obviously; the Syrian border is still open, but the traffic going back and forth has fallen markedly from its usual levels. A Lebanese economist recently estimated that cross-border traffic between had dropped by almost 75 per cent since the protests began.

How has the trouble in Syria affected the process of forming a new Lebanese cabinet?

In the past Syria, has always been a powerful broker with a lot of influence over Lebanese politics. During a recent crisis over the special tribunal examining the murder of former Lebanese prime minister Rafiq Hariri, for example, Syria tried – together with Saudi Arabia – to mediate between the opposing sides in Lebanon.

At the moment, Syria cannot play such a role, not only because it is busy with its own affairs, but also because any legitimacy the Damascus regime might have had in the past is being swiftly eroded by its current actions.

While the reasons for the continued delay in forming a government in Lebanon are mostly domestic, the situation in Syria definitely does not make things easier.

What role is Lebanon playing as a haven for people fleeing the unrest?

A very important role. In the north, where the boundary between Syria and Lebanon is not very well secured, many refugees have been crossing through what is called the “green border”. Many of these people have family in Lebanon. Others are fleeing the violence that has struck the border town of Tall Khalak. Some families send women and children to Lebanon every Friday to avoid them getting caught up in the protests and ensuing security crackdowns that have almost become routine.

Beirut, on the other hand, has become a safe haven for Syrian activists and journalists who have fled the country to avoid arrest. Some of them just want to use Beirut as a transit point to apply for asylum through the office of the United Nations High Commissioner for Refugees, while others are continuing to work and hope to be able to return home soon.

Could alleged sectarian divisions spill over from Syria to Lebanon?

So far there is little or no evidence of sectarian violence in Syria. Many of the young activists stress over and over again that sectarian animosities have no place in their protests, and that they are protesting not against a particular sect, but against a repressive political regime.

Recently, more Christians are said to have joined the demonstrations – even though one cannot ignore that minorities in Syria including Christians, Druze and others are worried about the outcome of the unrest. The Iraqi experience is always on their minds; the presence of thousands of Christian refugees in Syria reminds them of that every day.

The Syrian regime has been accusing members of Lebanon’s Future Movement, led by Saad Hariri, of funding and financing groups to lead protests against the regime. This of course creates tensions inside Lebanon, because March 8, a political grouping opposed to the Future Movement and the March 14 bloc, is a close ally of Syria.

At the same time, Hezbollah, part of the March 8 bloc, has been accused of supporting Syrian security forces in the crackdown on protesters. So each side in the Lebanese political arena is accusing the other of meddling in Syria. That is potentially dangerous – the Syrian uprising and the brutal use of force by President Bashar al-Assad have increased the already high degree polarisation between Syria’s friends and foes in Lebanon.

What do events in Syria mean for Hezbollah, in particular?

For Hezbollah, the situation is very complicated. While in general, Hezbollah is considered a close ally of Syria and part of the Syria-Iran-Lebanon axis, it cannot easily support a regime that shoots at peaceful protesters and brutally suppresses dissent. That goes contrary to Hezbollah´s own ideology and to its image as guardian of the weak and oppressed.

On the other hand, if the regime in Damascus were to fall, that would put at risk Hezbollah´s ability to bring supplies into Lebanon across the Syrian border, often said to be the main entrance point for weapons for the Shia movement.

As Hilal Khashan, professor of political science at the American University of Beirut, recently said to Voice of America, “Hezbollah's heart and mind are in Iran. Hezbollah's lung is in Syria, because Syria is Hezbollah's lifeline. Ideologically, the Syrian regime and Hezbollah are incompatible. This is a wedding of necessity, not choice.”

Within Lebanon, what is the popular view of the Syrian uprising?

In Lebanon there is no such thing as a “popular view”. The demographics and political fragmentation of this country are too diverse to allow of a view shared across the whole of society. Ask ten different people and you will get ten different answers.

The lack of independent media coverage reinforces the confusion over what is going on. When there’s no official narrative of events, people tend to believe whatever suits their convictions. And the narrative in the Lebanese media varies enormously, depending on which channel you watch or which newspaper you read. Al-Manar, for example, the Hezbollah satellite channel, reported enthusiastically about the Egyptian revolution, but is not so keen on covering events in Syria. And for those media that are close to the March 14 bloc, it’s the other way around.

Lebanon
Political reform
Connect with us