As uniformed police shrug their shoulders, human rights defender says Sergei Naumov may have been seized by secret service.

As uniformed police shrug their shoulders, human rights defender says Sergei Naumov may have been seized by secret service. 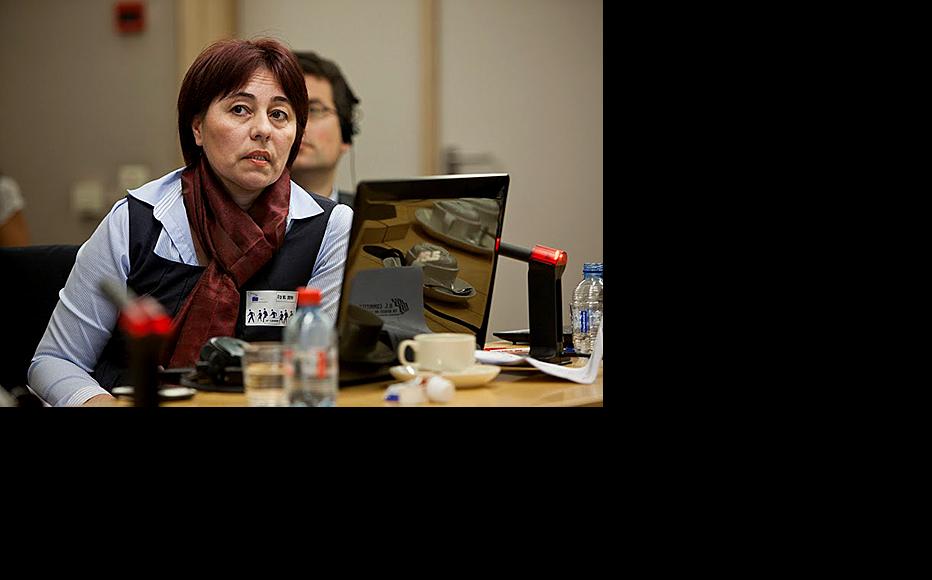 Nadezhda Ataeva, head of the Association for Human Rights in Central Asia. (Photo courtesy of N. Ataeva)
The link has been copied

Six days after journalist Sergei Naumov went missing while in police custody in Uzbekistan, there are real concerns for his safety, as detainees who disappear in this manner are commonly subjected to ill-treatment.

Naumov, who reports on environmental and human rights issues, was detained at his home in the northwestern town of Urgench on September 21. He was taken to a police station and then to court, where he was given a 12-day sentence for allegedly manhandling a woman in the street. In court, he strongly denied the accusation. He was not given a lawyer. (See Journalist Held Incommunicado in Uzbekistan.)

After sentence, he should have been placed in a detention centre for what is an administrative rather than criminal offence. But police, prosecutors, and officers of the National Security Service (SNB) have repeatedly told defence lawyers and others that they have no record of him.

“He is not listed,” the regional police department told IWPR on September 25.

Nadezhda Ataeva, head of the Association for Human Rights in Central Asia, based in France, has been following the case closely. IWPR asked her to explain what happens when detainees disappear in Uzbekistan.

Naumov must be in detention, because there is a court verdict dated September 21 ordering 12 days’ “administrative arrest”. But the police insist they don’t have him in custody. What does that tell you?

When the Uzbek law-enforcement agencies conceal the whereabouts of a detainee, it is more than likely that they’re trying to extract testimony from him, against himself or against colleagues. They hold him in degrading conditions so that he ceases to understand what’s happening to him and hence cannot defend himself properly.

Many victims of arbitrary detention have described sleep deprivation over several days, limited provision of food, hot water and drinking water, access to a toilet, and more.

As far as we are aware, Naumov was held for the first three days in the temporary detention unit of the Urgench town police in Khorezm region. The unit is used to hold homeless people and people detained for administrative offences. During those days, the lawyer was not allowed even to see his client, and they would not confirm that he was in the detention unit.

It is not known where he is now. I believe that SNB officers are using this period to interrogate him on matters of interest to them.

If this is the case, what are your principal concerns?

They [SNB officers] employ various methods of interrogation. Sanjar Umarov [leader of the opposition Sunny Coalition, released in 2009 after four years] was subjected to psychotropic chemicals. Aghzam Turghunov [human rights defender given ten-year sentence] had boiling water poured on him. Both Umarov and Turghunov were denied medical assistance. There are many similar examples.

It is very likely that Sergei Naumov is being held in conditions tantamount to torture. It’s also known that he has a kidney disease and serious vision problems. Failure to provide medical treatment in good time, or outright denial of such treatment, could have a serious effect on his health.

Conditions in detention are unacceptable. Most cells don’t have the living area separated from a table for eating or from the toilet. Showers are allowed only rarely, and sometimes not at all. Poor ventilation, or none, is common. Detainees are not allowed out to exercise. All that has become the norm.

In addition, it’s become standard practice to hold healthy detainees in the same place as those with turberculosis. Places of detention don’t have disposable hypodermic needles.

Conditions in detention are inhuman and degrading, and with no form of sanction against them, they are now widely used as way of punishing regime critics.

You have said previously that the arrest and detention process broke the law in several ways. Can you sum up the main issues here?

Sergei is an educated man. I am sure he would have tried to exercise his right to inform relatives and friends of his whereabouts. He was denied that right.

Naumov and the complainant, [Diloram] Matyakubova, bumped into each other in the street at 16:00 on September 21. Matyakubova’s complaint took under two hours, since police came to Naumov’s home at 18:00 and took him away.

Was he able to familiarise himself with the case file, written in Uzbek? Sergei doesn’t understand Uzbek legal terminology. Was the investigation of the scene of the incident done impartially? Unlikely. Did they give Naumov an opportunity to speak in his own defence? I doubt it. Did he have a lawyer from the moment he was detained? No.

The court verdict itself shows that the principle of parity was ignored. There was no defence lawyer at the trial, and proceedings were conducted in Uzbek. Naumov was given a translator by the state, and one can’t be sure this translator did a proper job.

The court cites the views of eyewitnesses, but neither their names nor the nature of their testimony are given in the verdict.

We understand that two women who are neighbours of Naumov filed statements in support of him, but the court omitted to mention them, and they were not present at trial.

Initially, they tried to accuse Sergei of tearing a necklace from Matyakubova. But when the robbery allegation didn’t work out for them, Matyakubova alleged that Naumov touched her breast in a public place and swore at her, in breach of public order. Everyone who knows Sergei Naumov will confirm that he is an educated, sound individual who’s never raised his voice to a woman.

I am sure that Naumov realised right from the start that an accusation was being manufactured against him. That’s especially so since only a few days beforehand, he had received yet another warning that things wouldn’t go well for him unless he stopped doing “that stuff”, in other words unless he stopped showing an interest in acute social problems.

He has been threatened with arrest for many years.

The secret police [SNB] tell him, “Get out of here and go to your Russia.” But he was born in Khorezm and wants to live in Uzbekistan. He has his own views on the situation in that country and doesn’t conceal them. This is the outcome.

The whole process from the “incident” to trial took a matter of hours. That’s fairly quick, especially for a Saturday evening. What does that suggest to you?

It indicates that this was a pre-planned act of provocation designed to take a journalist out of circulation. Arrests and abductions of activists on political grounds generally take place after 17:00 on Fridays, or in the lead-up to holidays. International organisations’ missions and the embassies of democratic states are closed at weekends and on holidays. The investigators use this space to extract fabricated confessions.

The court accused Naumov of an offence (“petty hooliganism”) under article 183 of the administrative law code, which provides for a fine or up to 15 days’s detention. Sergei got 12 days. It’s likely that they are using this period to try to get him to give testimony against himself or others in order to bring more serious charges. It is obvious the authorities don’t want Sergei Naumov in the country.

Tell us about the Association for Human Rights in Central Asia. What does it do, and what are your plans for further action on the Naumov case?

Since Sergei Naumov’s whereabouts have remained unknown since September 21, his case deserves to be looked into by the United Nations Working Group on Arbitrary Detention. The UN Special Rapporteur on the Independence of Judges and Lawyers must be made aware of the fact that his lawyer isn’t being given access to him.

Naumov’s location is unknown, and but what is known is that detainees are routinely tortured and held in conditions tantamount to torture in Uzbekistan. We have therefore contacted the UN Special Rapporteur on Torture and Other Cruel, Inhuman or Degrading Treatment or Punishment. Sergei has been persecuted over many years for openly expressing his views and taking part in human rights monitoring, so we have written to the UN Special Rapporteur on the Promotion and Protection of the Right to Freedom of Opinion and Expression, and to the Special Representative of the UN Secretary-General on the Situation of Human Rights Defenders.

Each of their mandates allows them to go to the Uzbek government to express concern that Sergei Naumov’s rights are being violated, and to remind Uzbekistan of its obligations.

We will continue keeping the public and international observers informed about the Naumov case, and about the human rights situation in Uzbekistan generally. That’s important because in a situation like this, public support can exert a lot of influence even on a dictatorship.

In supporting Sergei Naumov, we are standing up to lawlessness, and standing up for justice.

Interview conducted by Inga Sikorskaya is IWPR senior editor for Uzbekistan and Turkmenistan, based in Bishkek.