The Fate of a Girl

An ordinary teenager, doomed to the fate of a social outcast.

The Fate of a Girl

An ordinary teenager, doomed to the fate of a social outcast. 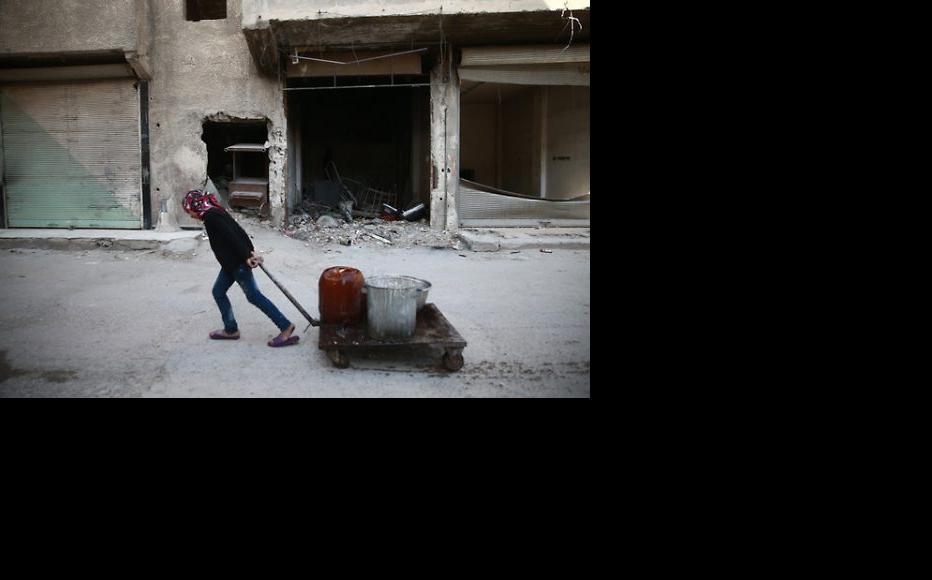 (Photo: Syria Stories)
The link has been copied

I was very fond of Zara, the 15-year-old daughter of one of my neighbours. Everyone could see how beautiful and intelligent she was. Her parents had been displaced from their hometown of Maar Tahroma and Zara’s education interrupted after warplanes destroyed her school. Her father was unemployed and her mother earned some money preparing brides for their weddings.

One day, as she was visiting my home as she often did, I learned that she was also rushing to prepare her own daughter for marriage.

I asked her about her future plans for Zahra and her schooling. The girl was sitting with us but was too shy to talk.

The mother told me, “Zahra soon will have a much better future than education. What is the point of education anyway?”

As she spoke, it seemed she was trying to convince her daughter too. But I didn’t really understand what she meant and asked her to explain.

“Um Khaled, a girl will always end up with a home and a husband,” she replied.

Shocked, I looked at Zahra, who was listening although she still didn’t seem to understand what we were talking about. She was playing with her hair and gazing at games on a shelf as if she wanted to play with them. I said to Zahra’s mother, “But she is still a child, and a young one too. This is much more than she can deal with, she has her whole future ahead of her, don’t deprive her of her childhood.”

After they left, I sat sadly wondering how parents could marry their daughters off at such an early age.

In reality, this phenomenon has become widespread. Amid the continuing conflict, marrying girls at an early age has become a way for families to deal with the burden of looking after daughters. That’s what I concluded from what I understood of Um Zahra’s situation.

After conditions in our town got worse, Zahra and her family were once again displaced and went to live in the Atma camp on the Syrian-Turkish border. We didn’t hear anything from them for a long time.

Then, on a spring day in 2016, I was sitting at home when I heard noises outside my house and went out to see a car dropping off Zahra’s family. I was very pleased to see Um Zahra, who was standing with a girl I didn’t recognise because she was wearing a veil that covered her whole body.

I gave them some time to rest from their trip before going to visit. I knocked on the door and Um Zahra welcomed me. We sat together and talked about what happened to all of us since we had last seen each other. When I asked about Zahra, she looked at the ground and didn’t say a word.

I asked her again, concerned. “Where is she?

She called her name and Zahra came stumbling into the room. I was shocked when I saw her. Her face was swollen and her blue eyes were badly bloodshot.

“My mother married me off only for my husband to divorce me,” she replied tearfully.

Her words struck me like a thunderbolt. I hugged Zahra and we both began crying.

I looked sorrowfully at her mother, my heart aching.

“Didn’t I tell you that she was still too young to get married?” I said.

“Um Khaled, I wish I had listened to you,” her mother replied. “I really regret out decision. A rich man whom we met in the camps was able to tempt us with money and gold, and I decided not to miss this opportunity. I wanted to secure my daughter’s future with that man, who was 15 years older than her.

“But after one week, he divorced her and sent her back because of the childish way she acted and because he said she did not know what it meant to be a wife.”

I looked at the Zahra in great pain. What sin could this girl have possibly committed to doom her to the fate of a divorced woman in a rural society that consider them to be shameful outcasts?

But Zahra wasn’t an exception nor was her story a unique phenomenon. This is the fate of many Syrian girls. The phenomenon of child marriage has become a common reality

The victims are girls who suddenly are forced to turn from children to wives and then to the widows of martyrs or to divorced women.

Aisha al-Sultan, 27, is from southern Idlib. A graduate in business administration from the University of Aleppo, she is married with a young daughter.