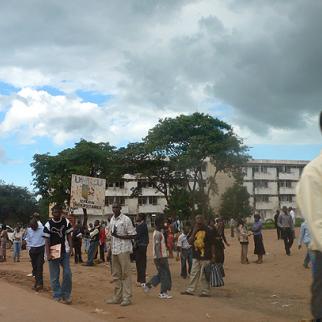 Lubumbashi residents appear to have more faith in the judiciary after the son of a leading local politician was convicted of murder. (Photo: Mike Rosenberg/Flickr)

Conviction of top Lubumbashi official’s son for murder restores some trust in a judiciary prone to corruption and political interference. 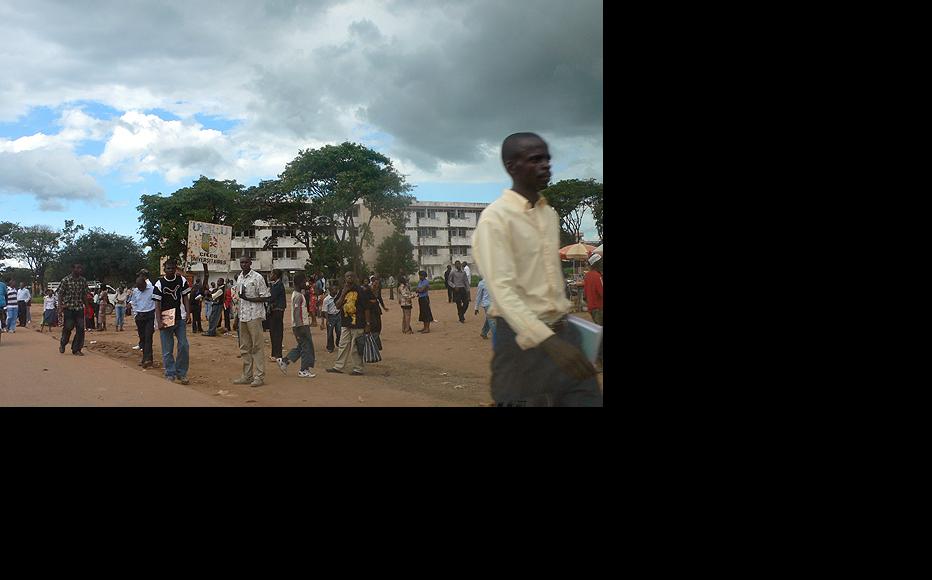 Lubumbashi residents appear to have more faith in the judiciary after the son of a leading local politician was convicted of murder. (Photo: Mike Rosenberg/Flickr)
The link has been copied

I could finally write the kind of article I’d wanted to write for a very long time: that Congo can do well if it wants to.  It is just a matter of will.  For the first time, I was given hope that if there is good will, justice can be done.  I was proud to be Congolese.

It all happened following the shooting of Tony Grigorakis, a prominent local businessman in Lubumbashi in the eastern Democratic Republic of Congo, DRC, in January.  The alleged murderer Ali Mohammed was arrested and taken to the military tribunal in the city.  I was surprised to learn that the trial would start the very next day.

The unusual thing about the trial was the man in the dock.  Mohammed is the son of Thérèse Maloba Ngoy, the provincial director of the national institute for social security.  Wealthy people are rarely prosecuted here.  Judges always find a reason to let them off.

The trial attracted unprecedented attention. Since Mohammed was from such a prominent family many people thought he would be beyond the reach of the law.

The hearings were open to the public and broadcast live across Lubumbashi’s radio and television network, sparking wide interest across the city.

Usually trials are held behind closed doors and journalists are not allowed to report on them.  But this time the case unfolded in full view of the public.  Having worked as a journalist in Lubumbashi for the last 12 years this was a first.  This was expedient, transparent justice.  This was not how things are usually done in eastern DRC.

As the trial progressed we learned that Grigorakis, a senior figure in a mining company that operates in nearby Kolwezi, had been shot dead by Mohammed after a night at the disco.  The pair had apparently fallen out over splitting the profits from the sale of minerals mined by Grigorakis’ company.

The public came in their droves to sit in the courtroom gallery. By seven o’clock each morning the room was full. People did not want to miss one moment of the trial. They stayed there until well after midnight each night. Others who were unable to squeeze in waited outside.  Everyone wanted to see if justice would be done.

This was something very rare. I had never experienced such huge public interest in a legal case in Lubumbashi. It was also the first time that a trial had been broadcast live on television.

In order to write a piece about the trial I followed each development closely, so as to have accurate information.  I arrived in the courtroom early every day to secure a seat.

Initially, it was thought that the trial would take three days, at the most a week. However to everyone’s surprise the trial lasted for an entire month.

From the witnesses on the stand I gained a clear picture of the events of January 4. The bullets used to kill the victim were presented in court.

The judges wanted to hear all the available evidence, particularly the reports of military and ballistic experts. These drew out the trial a great deal because the judges needed the testimony of several military experts.

It seemed to me like the trial was taken seriously by local officials. The governor of Katanga province, Moise Katumbi, and the provincial government followed the proceedings. Two or three ministers were present in court each day.

As a reporter, a spectator and a Congolese citizen, I was surprised to see the judges doing their job properly.

Mohammed was convicted of murder and sentenced to death - although, since there is a moratorium on executions in the country at the moment, it is unlikely that he will be executed.

Nonetheless, the trial has served as an example that if there is the will, the Congolese justice system can indeed do its job well and justice can be done.

My contribution has been to inform people what happened in the courtroom and to show people they can have confidence in our justice system for the very first time.

Democratic Republic of Congo
International justice
Connect with us