Egyptian Opposition Parties Under the Spotlight

Egyptian Opposition Parties Under the Spotlight 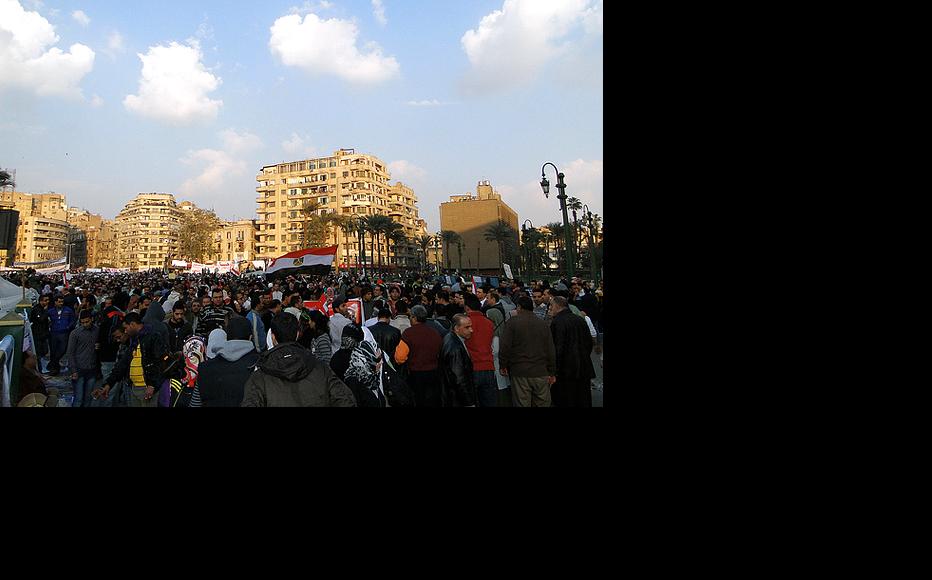 Protests at Tahrir Square in Cairo. (Photo: Ramy Raoof/Flickr)
The link has been copied

With the resignation of Egyptian president Hosni Mubarak', attention is now focussed on the shape of a new government.

The country’s opposition parties have been engaged in dialogue with the authorities over a transition of power, but questions have been raised about the competence of the former. Cairo-based Ehab Kotb, from IWPR’s Middle East programme, assesses whether they’re fit to represent the mass protest movement.

How organised and experienced are the political opposition to the ruling National Democratic Party?

I think the political opposition were as surprised as the government by the protest movement - they were not ready for such a major development. Their position has been changing constantly and they don’t have a strategy or a vision of what they want to achieve. But even the NDP is just a party on paper, which people joined because they had no alternative. Of the opposition parties, the Wafd is the most organised, but there is no coordination. For instance, the Tagammu party has already withdrawn from the dialogue instituted by Vice-President Omar Suleiman this week.

Why did the opposition start speaking to the government before Mubarak met the people’s demands?

This was a mistake. I think they thought that, finally, this was their chance to seize the opportunity be part of the political process. Before January 25, no-one in the government was interested in sitting down and talking to them. But this hasn’t increased their popular standing. The opposition parties never had any credibility among the people and still don’t. So there will be a power vacuum now that Mubarak has left leave, but we still have institutions that can run the country. The people are agreed on one thing; they want to change the whole system, and Mubarak is the symbol of that system.

Do the people trust the opposition movement to negotiate on their behalf?

People do not trust them to deal with the government in their name – if they did, then the demonstrations would have stopped and people would have gone home. The government thought people would lose patience, get tired and give up, that it was just a matter of time. This was a clear plan on the part of the government. But it didn’t work, and the opposition has not gained the public’s trust. Now that Mubarak has gone, a new political formation will emerge with new faces. As for people who have emerged as public faces for the opposition, there is nobody who has captured the public imagination.

I don’t think Mohammed El Baradei, the Nobel laureate and former head of the International Atomic Energy Agency, will have a role in a future opposition. It was a very bad tactical move for him to just arrive in Egypt and present himself as ready to rule. Arab League secretary-general Amr Musa is popular in Egypt. He doesn’t have a reputation as a corrupt leader, but he is part of the old guard. People want this revolution to bring somebody new.

What kind of role is the Muslim Brotherhood going to take?

The Muslim Brotherhood’s biggest achievement right now is that they have been recognised - everyone wants to talk to them and they have been part of the political dialogue. Their message seems different. For instance, they are talking about the separation of religion and state, something I have never heard from them before. They want to talk to different opposition figures and were prepared to negotiate with the government. They are learning the lesson that they have to be part of society and to transform into a political party to participate in the new life of the country.

Is there anxiety about their role within Egypt?