An Egyptian Amongst Israelis

Egyptian living in Jerusalem offers an intriguing take on Israeli society and the Palestinians.

An Egyptian Amongst Israelis

Egyptian living in Jerusalem offers an intriguing take on Israeli society and the Palestinians. 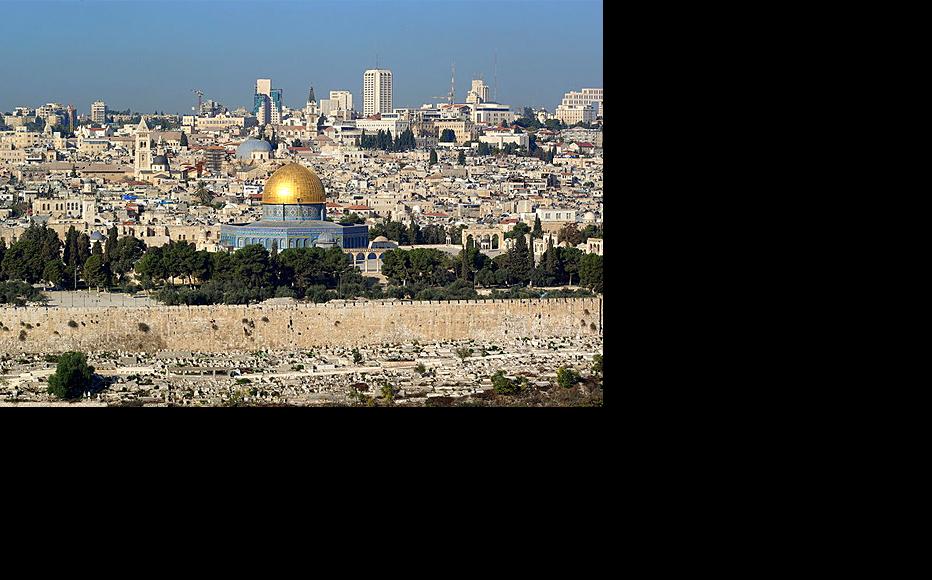 A panoramic view of the city of Jerusalem. (Photo: Berthold Werner/Wikicommons)
The link has been copied

Loathe thy neighbour is the unwritten rule which, despite exceptions, generally governs the relationship between Arabs and Israelis. Despite living together on the same land, few Israelis and Palestinians interact on a personal level. And with travel restrictions and the political baggage of mutual hatred, fear and distrust, there is little traffic between Israel and the rest of the Arab world.

Even between my native Egypt and Israel, which have had a peace treaty for almost as long as I’ve been alive that, at least in principle, allows mutual travel, few venture across the border in either direction.

So, what made us decide to come here?

In 2007, I visited Israel and Palestine to express solidarity with the Palestinians and extend a hand of understanding and empathy to Israelis, and partly to learn more about the socio-cultural reality behind the geopolitical situation which I’d been interested in and writing about for years.

Since then, I toyed with the idea of returning to spend more time. My wife, too, has a profound interest in the country – not only is she an Arabist, she has also researched creative ways of breaking the deadlock in the Israeli-Palestinian conflict. So when my wife was offered a job in Jerusalem, and with the portable nature of my profession, we jumped at the chance.

Despite the outright opposition or reluctance of most Egyptians to travel here, family, friends and acquaintances have been generally positive about our move, even in light of worsening bilateral ties, especially following the deadly terror attack launched from Sinai. Israel’s violent, sovereignty-defying retaliation sparked anger on the streets of Cairo, culminating in the trashing of the Israeli embassy.

“I admire what you’re doing,” a good Egyptian friend said. “But personally I couldn’t do it. I have too many moral objections and I don’t think I could cope with the occupation.”

“Damn, spring in that greenish, dynamic city. Sounds like a wow to me. Cuisine, lingos, music… and tension,” another close Egyptian friend enthused, though he did express concern about the “anti-Arab, anti-Muslim or anti-Egyptian” sentiments that I might encounter.

Fortunately, until now, my main experiences of discrimination have been at the hands of officialdom, the army and the police, but rarely on the individual level, at least explicitly. In fact, in places where Israelis and Palestinians are thrown together by accident, such as the controversial light railway in Jerusalem, they tend to be polite and respectful to each other.

“Wow” is perhaps not the word that first crops up in my mind when describing Jerusalem – “surreal” seems more appropriate. For an agnostic whose only interest in religion is social, political and historical, the spirituality – and fundamentalism – of the city holy to the three Abrahamic faiths is somewhat lost on me.

Although I’m of a Muslim background, the Dome of the Rock complex fails to shake my soul, even during the intense spirituality of Ramadan. That said, its architectural grace is sublime, as is the artistic beauty within the Church of the Holy Sepulchre – while, to the unspiritual eye, the Western Wall is, as its name suggests, just a wall.

But it’s not just the historical and spiritual backdrop; there are also the conflicting realities of one’s mundane domestic routines carried out in a bubble of relative tranquillity amid the wider context of tension caused by decades of conflict and a rapidly changing geopolitical situation.

Although my previous visit had already convinced me that Israeli society has so much in common with the rest of the Middle East, despite its greater individualism and non-conformism, the Egyptian in me still cannot fully overcome the sense of strangeness of the experience.

And, even in my short time here, I have encountered such a diverse array of the weird, wonderful and eccentric – including Palestinians who expressed qualified admiration of Theodor Herzl, the founding father of Zionism, and Israelis who criticised him harshly – as well as the good of heart, not to mention the bad and the ugly.

Here the political encroaches on the personal with sobering regularity. For example, choosing where to live, shop or hang out raises constant ethical conundrums. The neighbourhood we live in is surrounded by settlements, which, if you lack knowledge of the political topography, you might mistake for well-off suburbs, while the nearby refugee camps resemble the popular quarters of many Middle Eastern cities, though they are walled in on all sides.

With the movement restrictions they must endure, it is often hard to meet up with Palestinian friends and acquaintances. Given the segregated nature of the city, many Jewish friends and acquaintances are reluctant – or even fearful – to come to east Jerusalem, though some do, while those from Tel Aviv and other more secular parts of Israel really don’t like visiting because of the city’s increasingly theocratic vibe.

Ever since we arrived in the unholy mess of the Holy Land, we have felt quite conspicuous, with our particular Middle Eastern-European blend drawing speculative glances from Israelis and Palestinians alike, obviously trying to work out whether we’re one of them or the other side or just tourists. Also, our toddler son, with his blond curls and his mother’s delicate features, disarming smile and socialite swagger, is treated like a rock star wherever we go.

Being an Egyptian, I have felt something akin to being a B-list celebrity myself – the type whose name no one knows but they’re certain they’ve seen before. Given that so few Egyptians travel to Israel or Palestine, most of the Egyptians Palestinians “meet” are through films, pop music, soaps and talk shows – which seems to endow their more mortal compatriots with a certain glamour and mystique, even if they can’t act, sing or dance.

Despite the criticism my presence here elicits from some Egyptians, Palestinians themselves usually express pleasure that a fellow Arab has come, and they are always eager to know what I think of their society and my take on the situation.

In trouble-spots in particular, I am made to feel especially welcome. For instance, quite a few people in Hebron, and especially the shopkeepers, where over 1,000 shops have been shut down in the Old City to accommodate 400 or 500 settlers, told me, “We’re so glad that an Egyptian has come to see for himself what we have to endure.”

In fact, the uprising in Egypt has enhanced the “street cred” of all Egyptians in the eyes of Palestinians. Since we arrived, I have received endless congratulations for the revolution. Even while out researching an article in a tiny Palestinian village effectively cut off from the outside world by settlements, the locals I met got sidetracked from talking about their own plight to wax enthusiastically about the achievements of the Egyptian people.

“You Egyptians have raised the head of every Arab,” Mohammed Barakat, a local lawyer, told me.

Quite a few Israelis have also been inspired by events in Egypt, despite the fears elicited by Mubarak’s downfall among politicians and in mainstream society. “[The Arab Spring] has made me more eager to dream that the borders will open one day,” Mati Shemoelof, an Israeli journalist, poet and activist told me over drinks. “And I feel that we can only learn from this fabulous, new, brave movement.”

And as if to confirm his point, Israel has subsequently been gripped by protests over soaring housing prices, centred on Tel Aviv’s Rothschild’s Avenue, which has been described by some commentators as the country’s own “Tahrir Square”. I recently headed to the Israeli Tahrir to attend the largest demo so far – and probably the largest in Israel’s history – and was impressed by the vibrancy, creativity, diversity and good-naturedness of the crowd. An Israeli I know was keen to find out if I thought the protests compared favourably to those in Egypt.

Generally, being Egyptian carries a different significance for Israelis, who tend to feel isolated and rejected in the region. And so, when they find out that I’m from Egypt, they are often pleasantly surprised and even confounded, such as during the protest in Tel Aviv where I was perhaps the only Egyptian in the crowd.

“But why do Egyptians never come here?” is a common question I get. “We were so hopeful after the peace treaty that we would become normal neighbours,” a leftist artist once said regretfully.

After explaining the reasons, I often turn the question around and ask Israelis why so few of them go to Egypt, despite the desire of many Israelis I have met to be accepted as normal citizens of the Middle-East.

Israelis not only fear the intermittent terrorist attacks that target tourists, they are also unsure of the reception they will receive from Egyptians, with many apprehensive that they will face such indiscriminate hostility that they may simply be mobbed on the street by angry crowds.

However, Israelis I have encountered who have actually been to Egypt have returned with generally positive stories to tell. For example, Ofir Winter, a post-graduate student specialising in Egyptian politics at Tel Aviv university, attended the annual Cairo book fair and not only thoroughly enjoyed the debates and seminars, but was also pleasantly surprised by how Egyptians reacted to him.

“I recall that the warmest welcome I got was in a Salafi bookstore,” he told me. In fact, so enthusiastic was the welcome that one of the workers tried to convert him, “but in such a tolerant, delicate and kind manner that I could not dislike him.”

And if an Islamist and an Israeli can hit it off so well together, there is hope for the future yet. In fact, I am whole-heartedly convinced that the most under-utilised yet powerful weapon in the peace arsenal is dialogue and joint action across enemy lines that mobilises the massive silent majority.

This is demonstrated by the fact that, despite the bickering of their leaders, not only do 80 per cent of Palestinians support the Palestine’s controversial application for UN membership but, surprisingly, 70 per cent of Israelis think that if the UN recognises this state, so should Israel, a recent Hebrew university poll found. That said, few Palestinians or Israelis I meet hold out much hope that this latest “game-changer” will change the game for the better.

But walls of suspicion stand in the way of greater joint action. “We don’t feel the majority of Israelis care enough or are interested in our plight to do anything about it. Besides, there isn’t enough mutual trust,” one young Palestinian activist told me.

“The Arabs I deal with in my activism are both sympathetic and suspicious of Israelis,” Shemoelof says, noting that the anti-normalisation movement is a great hindrance to joint action.

Although I agree that Arabs should not normalise their economic ties with Israel until a just resolution has been reached, I believe that there is much to be gained for the cause of peace if like-minded Arabs and Israelis come out of their trenches and join forces to build some common ground in the no-man’s land which separates them.

Khaled Diab is an Egyptian writer living in Jerusalem.

The Arab Spring
Israel
Connect with us