There are fears violence will distract from aims of revolution and be used by government as excuse for crackdown.

There are fears violence will distract from aims of revolution and be used by government as excuse for crackdown. 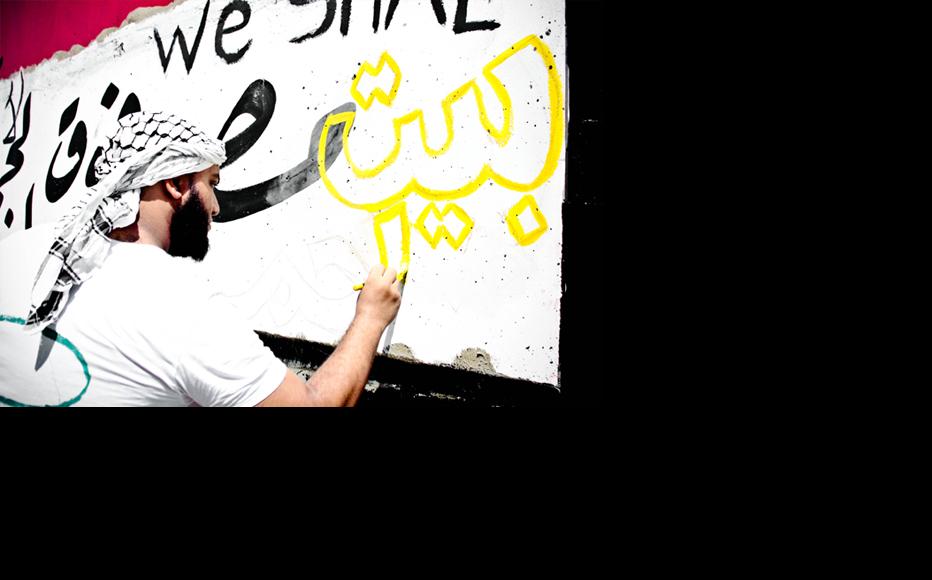 An activist daubs graffiti on the wall protecting the Israeli embassy in Cairo before it was torn down by protesters. (Photo: Maggie Osama/Flickr)
The link has been copied

The attack on the Israeli embassy in Cairo is a very complex issue. On that day, September 9, there were a lot of other events, perhaps too many. At the beginning of the day, we went out to march on the streets, which was different from how we usually protest by gathering in Tahrir Square.

The idea was that we could mobilise more people, and get support from the so-called silent majority - so we walked through Cairo neighbourhoods chanting, handing out flyers, letting the public know our demands. Then I heard that people had gone to the Israeli embassy to destroy a wall that had been built by the military a few days previously to protect the embassy.

I felt that this wall had been a misplaced move in the first place. The Supreme Council of the Armed Forces, SCAF, need to take many decisions in order to push Egypt forward, and building a wall to protect the Israeli embassy should not have been a priority. Where are the steps to protect the Egyptian people; to give them jobs, healthcare, education?

It is important to understand that the majority of Egyptians have anti-Israel sentiments, because of the situation in Palestine and more recently the death of Egyptian soldiers on the border [killed accidentally by Israeli troops after Gaza militants reportedly crossed into Egypt and then infiltrated southern Israel where they launched a deadly attack] – this was very fresh in Egyptians' minds. SCAF had not delivered a proper response to this nor obtained a decent apology from the Israelis.

Amid this context, building the wall was seen as very provocative. People went to the embassy and started tearing it down with their hands and with small tools. I basically think this form of resistance was justified.

But then things went to another level and people broke into the building and started destroying it, throwing paper and documents out of the window. I wasn’t there - but I saw what happened next in the news reports.

The result was many clashes with around 1,000 people injured and three people killed. The violence spread to the nearby police station, and people took out their anger on the hated police. A lot of violence, in turn, was used again the protesters.

The next day many people analysed and debated what happened, and a lot of different opinions emerged.

Many people felt that this incident marked a diversion from the demands of the January 25 revolution and people should instead focus on SCAF and their abuses of media freedoms; the continuation of military trials and their silencing of the opposition. This, after all, was the initial reason for the September 9 demonstrations.

Also, trying to understand what happened, following the recent events on the border, many people feel that the Mubarak-Israel alliance has been replaced by a SCAF-Israel alliance.

People know that attacking the embassy was a violation of the law and of the peace agreement – but a lot of Egyptians also feel that Israel has violated so many agreements themselves that they were justified in doing so.

The embassy events are seen as an unfavourable for other reasons too.

For one thing, what will be the effect of such violence on our own struggle? SCAF did not intervene for three hours. They didn’t get involved until after people had broken into the embassy – why not? It is the duty of the police to enforce the laws and protect foreign institutions and entities in Egypt. It is strange that they didn’t step in.

Some people feel that this is because SCAF wants the events on the ground to be portrayed as mere hooliganism so that they can crack down further on the revolution. So in this case it was about the Israeli embassy – but this incident could be used as an excuse to paint all protesters as thugs.

And on an international level, people who see the embassy attack will think that the Egyptian revolution was not peaceful or stable, just because some of the protesters turned to violence. They don’t know how Egyptians feel towards Israel and the injustice Israel represents to us.

Peace with Israel is in Egypt’s interests, but with the current agreement in place people don’t see justice. Even if we cancel the agreement because we want a more fair peace it isn’t because we want war. There is the lack of Egyptian military in Sinai, as if we don’t own our own country, and then there is the Gaza border and the situation of the Palestinians.

There is a lot of talk about Turkish prime minister Recep Tayyan Erdogan standing up to Israel, even though it seems Erdogan is manipulating the media to advance his role and power in the region. Nevertheless, in Egypt a lot of people think Erdogan is a hero for his bold statements about Israel and want to see their own government take similar steps against Israel.

A lot of people are not happy about the destruction of the embassy but it is the people’s revolution and not under the control of any one faction. And people are simply less afraid these days to show their anger. And yet, the most important thing for Egypt right now is the situation on the ground and not relations with Israel. I am very concerned that SCAF will use this issue as an excuse to crack down further and stifle dissent.

Ahmed Awadalla is a 26-year-old manager of youth projects in Cairo and blogs at www.rwac-egypt.blogspot.com.

The Arab Spring
Israel, Egypt
Connect with us