Egypt in Crisis Ahead of Elections

Egypt in Crisis Ahead of Elections 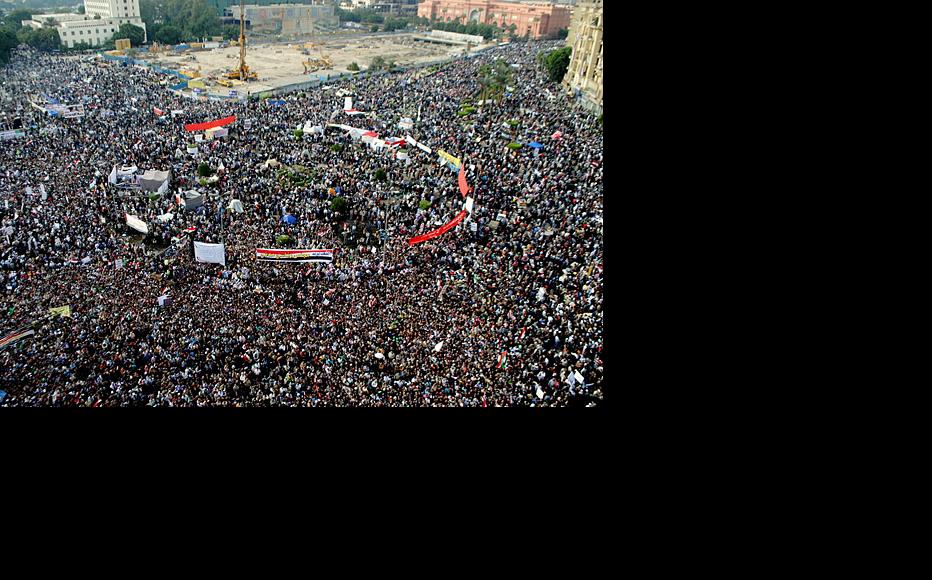 As Egyptian protestors continue to clash with the security forces, the rising tide of violence has thrown the country’s political future into doubt.

With over 40 civilians dead, the ruling military council has admitted that it cannot guarantee security for the elections due to start on November 28, but remains adamant that they will go ahead.

Although the latest announcements from the Supreme Council of the Armed Forces, SCAF, indicate a softening of its position – it has apologised for the deaths and pledged a full investigation – protestors are still demanding elections be postponed, along with the resignation of SCAF head, Field Marshal Hussein Tantawi.

“I am afraid there will be further clashes if he doesn’t [resign],” Ahmad El Badry, a pharmacist from Cairo taking part in the Tahrir Square protests, which have seen scenes of extreme violence, including the reported use of live rounds by the security services.

“The problem is the military have the same mentality as [former president Hosni] Mubarak’s regime, it’s just different actors. Prime Minister Sharaf was little more than the military’s puppet and his resignation is not enough,” El Badry said, adding, “There is a high possibility elections will be delayed, the situation is so changeable at the moment. We will have to wait and see who the next prime minister is.”

The latest mass protests, which began after riot police tried to evict a group of protestors staging a sit-in in Tahrir Square on November 19, seem to have gathered a momentum that neither violence nor promises of concessions from SCAF can stop.

“Even if SCAF gets its way – even if it’s through large scale bloodshed – it’s unlikely they will silence a now hyper-aware and mobilised Egyptian public,” she said. “SCAF was hoping Mubarak’s departure was enough to continue business as usual, but protestors want change that is much more substantive and substantial.

“What is happening now is a natural progression of what happened in January and February,” Khalili continued. “The regime has pretty much stayed the same; in fact in terms of repression, things have got much worse.”

This sentiment was echoed by Amnesty International, which released a statement this week condemning the “unnecessary or excessive force to disperse demonstrations” and noting that “the euphoria of the uprising has been replaced by fears that one repressive rule has simply been replaced with another”.

“I am not sure SCAF realise how much trouble they are in,” Khalili said. “Egyptians see all these cronies who benefited under Mubarak and are still in power.”

The fresh violence has also highlighted divisions among Egypt’s political parties. Some have suspended their campaigns, while others called for a two-week postponement of the elections.

The Freedom and Justice Party, the political arm of the Muslim Brotherhood’s, MB, is predicted to win a majority in the polls, and has taken an ambivalent position on the protests. It denounced the violence but said it would not participate “in any sit-in or protest that could lead to more confrontations and congestion”.

The MB has come in for criticism for holding private meetings with SCAF, prompting accusations that it is collaborating with the military just to win power.

Although MB supporters have taken part in the Tahrir Square demonstrations, the movement’s formal refusal to back the protests has provoked widespread anger.

“I heard people chanting slogans against the MB in Tahrir, said El Badry. “The problem is they only care for their own agenda and maintaining influence with SCAF.”

According to Ben Stephan, a young activist from the north of Egypt, “The Muslim Brotherhood has lost a lot of respect. People who once supported them now hate them.”

Khalili said the MB’s stance also highlighted a conflict between the party’s hard-line members and its youth movement.

“The Muslim Brotherhood was forced by its youth wing to participate back in January, or be left behind,” she said. “Now, in some ways, the party is shooting itself in the foot.”

Khalili warned that even if the Freedom and Justice Party does win a majority in the forthcoming election, it was “very difficult to predict what might happen in such a volatile climate”.

Other political contenders, including the April 6 Youth Movement and the Maspero Youth Coalition, are more direct in their demands – calling on SCAF to hand over power to an interim civilian government immediately, and speeding up the electoral cycle.

But observers say that unlike the MB, these groups are too new to gain substantial support.

“These youth movements need a lot more work; the MB has had decades to gather support,” said El Badry.

Observers agree with the main thrust of their argument – that the military establishment must step back if Egypt is to move towards democracy.

“The military pushed Mubarak out to ensure their own survival. Changing one person was not enough,” Khalili said. “If only Tantawi goes, there will be another dinosaur to step in.”

The violence has tarnished the hopes of a democratic future that the forthcoming elections embodied for many Egyptians.

“They have continually lied to us. I no longer care about elections, I just want SCAF to stop shooting our people,” Stephan said. “It’s much more violent now than it was in January.

“I hope, now that the world's media are watching, the military will be more careful. I want this to end with the revolutionaries as the winners, not the losers.”