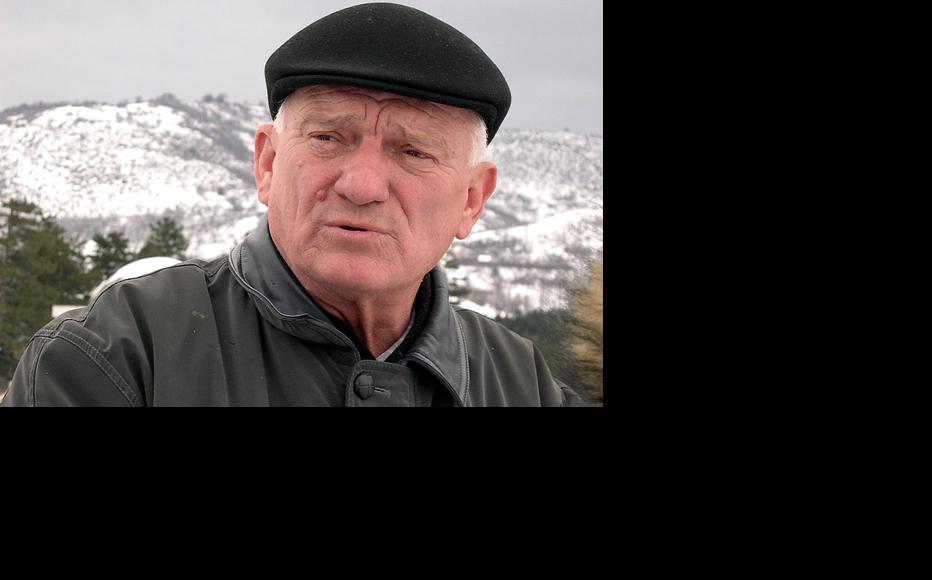 Jovan Divjak was a general in the Bosnian army during the 1992-95 war.
The link has been copied

The recent arrest of a former high-ranking Bosnian military official in Vienna has highlighted the lack of trust between the Serbian and Bosnian judiciaries, raising questions about their ability to investigate war crimes cases.

On March 3, retired Bosnia and Hercegovina, BiH, army general Jovan Divjak, was detained at Vienna airport at the request of the Serbian authorities. Divjak, who is of Serb ethnicity although he fought in the Bosnian army during the 1992-1995 war, was later bailed pending a Serbian extradition request.

However, soon after his arrest, which caused a wave of protest in Sarajevo, the Bosnian authorities also issued a request for his extradition, arguing that he was also a suspect in a case being investigated in BiH.

Divjak’s lawyers believe that it will take several months before the Austrian authorities make a final decision on the matter.

The case in question relates to the killing of a number of Yugoslav Army, JNA, soldiers in Dobrovoljacka street in Sarajevo on May 3, 1992. This incident took place a day after former Bosnian president Alija Izetbegovic was seized by the JNA at Sarajevo airport upon returning from peace negotiations in Lisbon.

An agreement was reached that Izetbegovic would be released and a JNA column allowed out of the besieged city, but subsequently the column was fired upon. Belgrade says 42 soldiers were killed, while Sarajevo claims the number was much lower.

A year ago, former Bosnian presidency member Ejup Ganic was arrested at a London airport in connection to the same case, also at Serbia’s request. As effective head of the Bosnian presidency on the day of the Dobrovoljacka attack, Belgrade argued that Ganic was in charge of the BiH army.

The case against both Ganic and Divjak has already been rejected by the International Criminal Tribunal for the Former Yugoslavia, ICTY, which in 2003 concluded that there was not enough evidence to issue indictments against them.

The Dobrovoljacka issue was then taken over by the Bosnian prosecution, but Serbia was not satisfied with the results and started its own investigation into the incident. In 2009, a Serbian court issued arrest warrants for 19 people in connection with the case, including Ganic and Divjak.

Some observers in the region argue that the Bosnian authorities’ allegedly poor handling of the investigation went some way towards justifying Serbia’s attempt to take the matter into its own hands.

“Ganic’s and Divjak’s arrests were mainly the result of the inefficiency of the Bosnian prosecution, which still hasn’t completed their investigation into this case nor issued any indictments,” the president of the Society for Threatened Peoples in BiH, Fadila Memisevic, said.

Following Ganic’s release, Bosnian prosecutors promised to intensify their own efforts to bring those responsible to justice. In recent months, they have interrogated a number of witnesses, but no indictments have been issued.

Bosnia's state prosecutor, Milorad Barasin, told the local media last week that the investigation into the case, which started in 2005, would be completed by this summer.

Divjak was himself questioned several times in relation to the Dobrovoljacka case.

At the time of the incident, he was assistant commander of the BiH army and involved in negotiations for Izetbegovic’s release from JNA custody.

In an interview he gave to Radio Free Europe several years ago, Divjak said there had been no order to fire on the JNA soldiers and that the incident was the result of the actions of individuals.

He also said that eight JNA soldiers were killed, not 42, as Belgrade has claimed.

TV footage from the day of the incident shows Divjak shouting at the Bosnian soldiers not to shoot at the JNA column.

Natasa Kandic, director of the Belgrade-based Humanitarian Law Fund, said that the two parallel investigations into the Dobrovoljacka incident clearly indicated that experts from BiH, Serbia and Croatia needed to urgently start working together on war crimes indictments.

“It is hard to understand how Jovan Divjak could be arrested only a year after the British authorities refused to extradite Ganic, describing Serbia’s application as politically motivated,” Kandic said.

The Serbian prosecution has handled this whole case very unprofessionally, she added, warning that indictments had to be based on solid evidence, not hearsay.

“This whole case can jeopardise the credibility of Serbia’s prosecutor for war crimes,” Kandic said. “Instead of carrying out parallel investigations, his office should send the evidence it has to the prosecutors in neighbouring countries and help them do their job.”

He maintained that his office would not give up its investigation into the Dobrovoljacka incident.

Marija Arnautovic is an IWPR-trained reporter in Sarajevo.