Some want to accept Mukbarak's concessions, while others say they don't go far enough.

Some want to accept Mukbarak's concessions, while others say they don't go far enough. 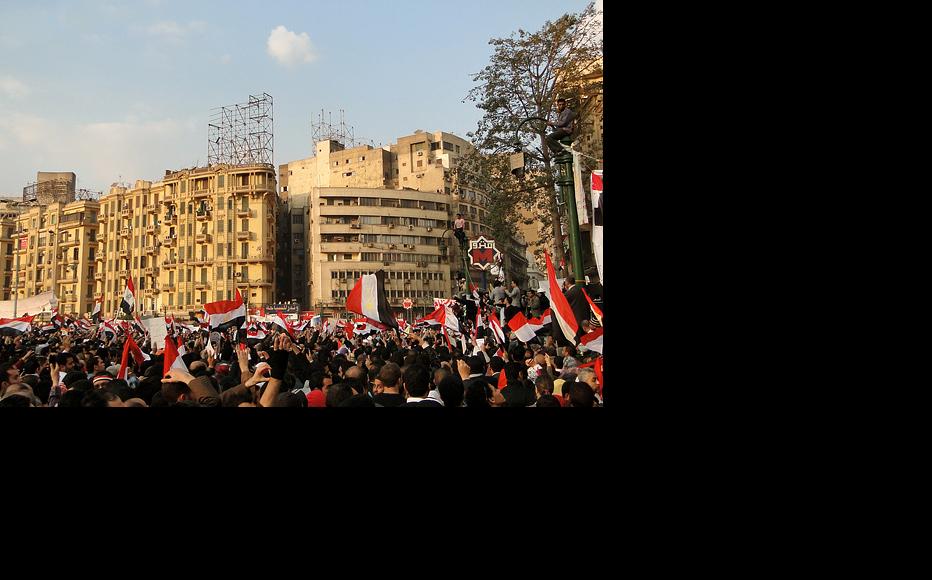 Protesters in Tahrir Square, Cairo. (Photo: Ramy Raoof/Flickr)
The link has been copied

It’s a sad and angry atmosphere in Cairo today.

Expectations ran so high yesterday that President Hosni Mubarak was about to announce his resignation. An army field commander even publicly said that all our demands would be answered. The young people were already celebrating, and there were rumours that Mubarak had already left the country.

But his speech last night was a huge disappointment. Technically speaking, Mubarak gave all his authority to the vice-president, Omar Suleiman, but the way he talked to us was as if he was still in charge. I don’t understand what part of “go” he doesn’t understand.

I couldn’t reach Tahrir Square today, it was just too crowded and the army was closing it off.

But in the streets there are now two groups.

One says that we have achieved what we needed; we should accept constitutional change and we need to follow the legal route.

The other says that Mubarak’s concessions are not enough, and that the regime is trying to trick us into giving up and going home. Now this group has upped their demands; they want both Mubarak and Suleiman to leave. I personally think this approach takes us nowhere.

And now some of them are blindly saying that the army should take over in order to bring political change.

This terrifies me. We have to keep the military away from power and ensure they stay neutral. If they interfere now it will take us 100 years backwards – and, if they take control, you never know if they will ever leave power.

For the first time, the movement has become divided and it’s very scary. We must not turn to violence: being peaceful is the most powerful weapon we have.

I came back to Cairo last month for the birth of my first grandchild – but I hope I am also witnessing the birth of a new era for my country.

The eldest of my five sons just celebrated the arrival of his first child – another boy – and as I have been working in Iraq for the last year I rushed back to see the whole family. It was intended to be a very relaxing holiday; but I am happy about the changes I am witnessing.

We Egyptians had lost ownership of our country. For decades, the regime said, you are the people and we are the government, don’t worry, we will look after you, we will do everything for you. But after the huge demonstrations on Friday, January 25, when the police simply disappeared, we got ownership back of the streets. And that’s a great feeling.

We aren’t only in the streets, protesting, but we are also taking care of our own security. In Nasr City, where I live, all the men have organised 24-hour shifts to guard the neighbourhood. Our wives and sisters bring us food and tea and we make sure there are no looters or strangers coming to make trouble. My eldest son was with a group of people who stopped a minivan which turned out to be full of looters; they handed them over to the army.

It was scary at first – we are not used to this kind of thing. We don’t have guns or weapons at home, so we improvised. When I patrol, I take a two-metre long steel bar with me.

But Egyptians are not aggressive. And because we now feel that we have ownership of the city and the country, we are more polite and understanding of each other. It is unbelievable - we even drive better than before!

On the first Friday, the police really panicked at the demonstration and thought that using absolute power would crush us. I felt numb with fear when I saw what was happening around me in Tahrir Square. There was tear gas smoke everywhere, people were fighting and screaming and I saw people being beaten up. It was as if I was watching a film, directed by a really good director. But it was real.

Then, in the days after, the atmosphere changed, it was like a day out in Hyde Park, a mass movement of the people, more than an angry demonstration. I took my children to see it, but was still a bit worried to have them stay in the square itself. I just took one photograph of my four year old sitting on a tank. The soldiers were very nice to us.

We Egyptians haven’t turned against each other yet, to fight and kill each other. Our sense of nationalism is stronger than anything else and I hope it stays that way.

I participated in demonstrations in 1977, when people rose up because of the bad economic situation. This is different. It is being led by young people, which is not really an Arab or Middle Eastern tradition. But this is the future.

This is our country and we won’t let it go again.

Ehab Kotb is a member of IWPR’s Middle East programme.

The Arab Spring
North Africa, Egypt
Conflict
Connect with us