Sometimes grief is too much to bear.

Sometimes grief is too much to bear. 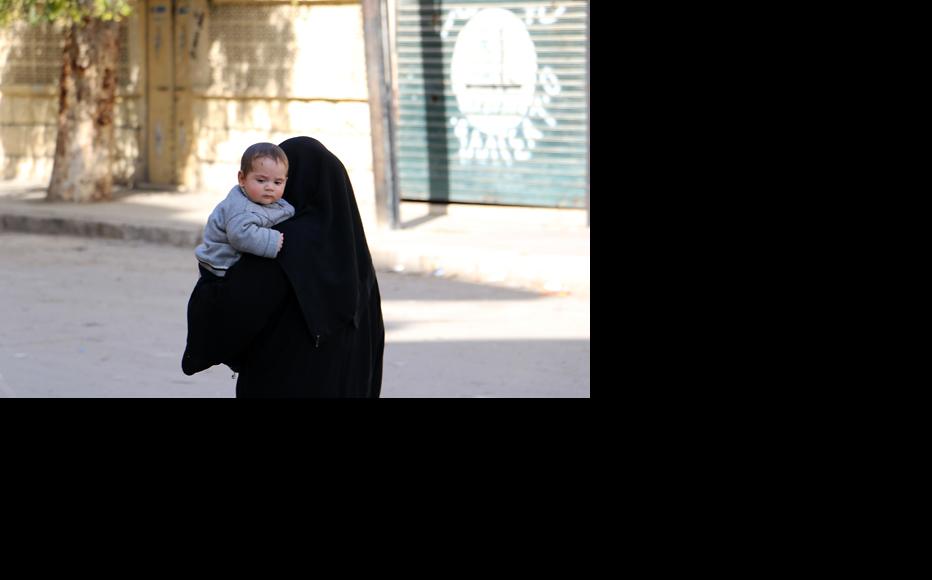 A woman carries a child as she walks through Aleppo’s al-Zibdiya neighbourhood. (Photo: Baraa al-Halabi)
The link has been copied

Abdalla and Sahar had been married for ten years when they found out they were expecting twins. The couple felt that their prayers had finally been answered; their lives would now be complete.

The twins turned out to be a boy and a girl, and were named Saad and Suad – two variations on the Arabic work al-saada, meaning happiness.

Abdalla doubled his shifts at work to provide his family with everything they needed. He was 38 years old at the time, Sahar was 28.

“Will I live to see you grow up and go to university?” Abdalla would wonder as he played with his children. “Or will I die before you become adults?”

Saad and Suad were only five years old when the Syrian revolution broke out. Despite the fact that he believed in what the revolution stood for, Abdalla decided not to get involved. He felt it would be futile to fight the regime and hoped that remaining neutral would protect his wife and children.

A few months into the revolution, the peaceful demonstrations in Abdalla’s town Maraat al-Numan led to military action. Mortars, missiles and air raids pounded the town’s civilians, so Abdalla decided to take his family and flee.

For a little over a year they were continuously displaced, fleeing government fire from one village to another. Their constant moving meant they had no source of income and they soon fell into poverty.

When the situation became slightly calmer, many of Maraat al-Numan’s residents decided to go back home. Abdalla and his family were amongst them.

Their house had suffered minor damage and Abdalla managed to carry out the repair works himself. The family also planted various vegetables in a small patch of land they owned and Abdalla resumed his job. Little by little their financial situation began to improve.

But the attacks on Maraat al-Numan had not stopped completely. Every few days, government helicopters circled the town dropping barrel bombs on different locations.

In the beginning, Abdalla and his family would rush to take shelter in a small cave during the attacks. As the days passed by and the attacks continued, they realised they would never be able to escape their fate, and gradually stopped leaving their home to run for shelter.

On April 15, 2014, Abdalla woke up early in the morning to go to work. His children were still asleep and he didn’t wish to disturb them, so he merely looked in on them before he left.

That day, while he was at work, a military aircraft flew over Abdalla’s neighbourhood and launched a missile that caused mass destruction.

When Abdalla came home in the evening, his home had been reduced to a pile of rubble.

He stood there in shock for a few seconds. There was no sign of life around him.

He ran to the cave, hoping to find his family, but they weren’t there.

He realised what had happened, but remained in denial until one of his neighbours confirmed the devastating news.

Abdalla’s children had been instantly martyred. His wife had been critically injured and died shortly after she was taken to hospital.

When he recovered from the shock of his devastating loss, Abdalla took up arms and joined the opposition in their fight against the regime that had killed his family.

Having nothing left to live for, and eager to join his children and wife, he fought on the front lines, and prayed for martyrdom.

Syria
Women
Connect with us