New protest group campaigns for overhaul of system that appears the most democratic in the Arab world but has many significant flaws.

New protest group campaigns for overhaul of system that appears the most democratic in the Arab world but has many significant flaws. 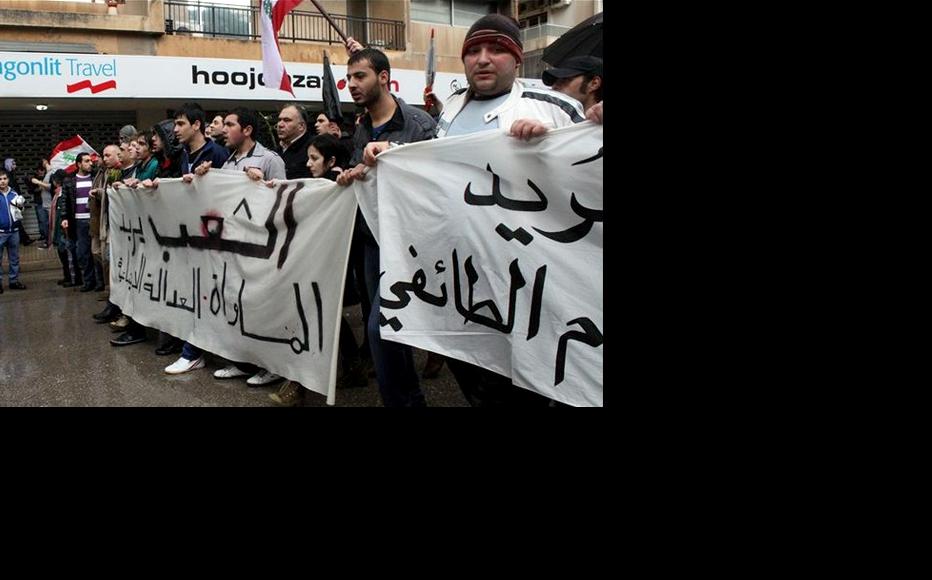 Lebanese protesters in Beirut call for the reform of their political system. (Photo: Mahmoud Ghzayel) 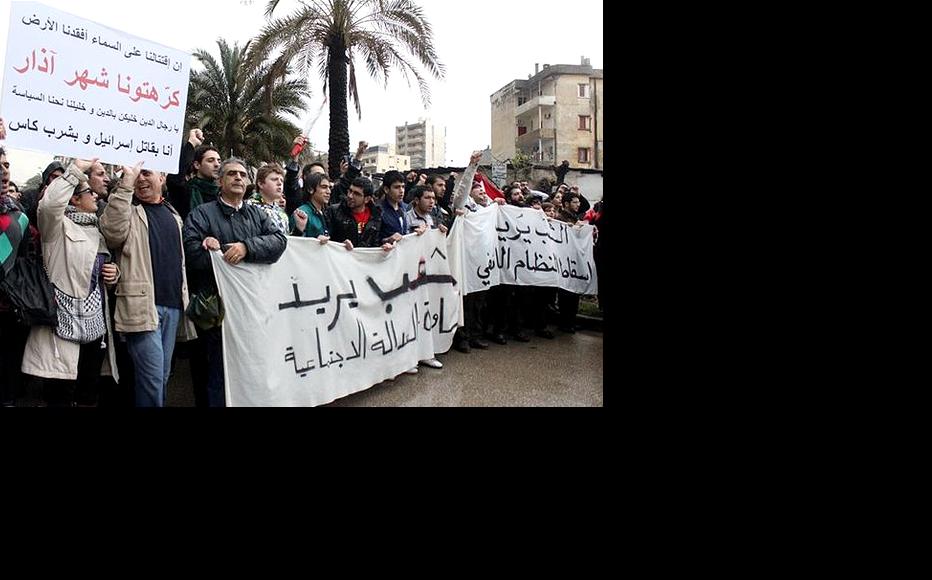 Lebanese protesters in Beirut call for the reform of their political system. (Photo: Mahmoud Ghzayel)
The link has been copied

The wind of change that has been sweeping through the Arab world has felt more like a gentle breeze in Lebanon.

Many Lebanese have long been under the impression that their political system was more democratic than that of all other Arab nations.

But as Tunisians and Egyptians start pondering major reforms to ensure a more inclusive and just system, some Lebanese are starting to seriously question the worth of their own political structures.

Lebanon is governed by a system where the composition of the cabinet typically reflects the various sectarian groups in the country and where decisions are normally made by government consensus. Resorting to majority votes is considered a last resort, if consensus fails.

Parliamentary seats, government portfolios and top administrative posts are meticulously divided among the 18 recognised groups, the main ones being Maronites, Sunnis and Shias.

The rationale behind such a system is to allow each of these groups to be part of the decision-making process and have their say in the country’s affairs. For some, this is the most inclusive system possible in a small country formed of a mosaic of minorities.

Many people believe, however, that far from ensuring representation for all groups, this system weakens the feeling of belonging to one nation, and allows the leaders of sectarian groups to divide the country’s resources among themselves.

The system is also accused of keeping politics locked in a vicious circle where religious figures interfere in politics, political posts are passed on from father to son and allegiance to the leaders of sectarian groups is maintained through the distribution of services and favours.

Today, all Lebanese are forced to vote and take part in politics based on their religious affiliations. Even personal matters, like marriage and divorce, fall under the authority of religious leaders. Secular citizens are systematically marginalised and left out of the system.

Together with a struggling economy and high unemployment, this has helped foster a general feeling of malaise among Lebanon’s youth. So far, protests have rarely addressed what is seen as the root of the economic and social problems of the country: the system itself.

However, the momentum of the Egyptian and Tunisian freedom movements has finally reached Lebanon, leading a group of young people from a range of backgrounds to join forces in order to challenge the sectarian system.

And like in other Arab countries, Facebook is playing a central role in mobilising people and keeping the debate about the system alive.

The inaugural event was held on February 27, with a protest in Beirut that drew over a thousand people, despite heavy rain. For once, there were no political flags, a rarity in this highly divided country.

The central demand of the protesters was a new system that allows them to vote and participate in the public sphere simply as citizens rather than as Christians or Muslims.

Other demands related to public education, the fair distribution of resources and jobs and the fight against corruption.

This new movement has provoked fresh public debate in the country. For the past six years, discussion has tended to revolve around two issues: the weapons of the Shia militant group Hezbollah and the international tribunal looking into the assassination of former prime minister Rafik Hariri.

The murder of Hariri thrust the country into political turmoil, a destructive war with Israel, a brief period of civil violence and an ongoing political crisis.

Security remains a major issue of concern for the Lebanese but many want political debate to be about matters more linked to their daily lives and concerns.

The February 27 protest was reminiscent of the vibrant movements of the 1960s and early 1970s that called for the secularisation of the state - but which were brought abruptly to a halt by the eruption of the civil war in 1975, which was to last for 15 years.

Even though the Taef Accord, which marked the end of the war in 1990, mandated a gradual process by which the political landscape would become less sectarian, no concrete steps were ever taken to achieve this.

There are those who say that with many of the country’s former warlords remaining in power, change is simply not possible.

Some communities, mainly the Christians, fear that abolishing quotas in the government would endanger their position in the country, especially since their numbers have been decreasing compared to other religious groups. Furthermore, many people depend on the system for their livelihood.

In the absence of an efficient public sector, dispensaries, schools, charities and other institutions are closely linked to sectarian groups and so loyalty to the leaders of these groups is often stronger than that to the nation.

The protesters on February 27 have been holding extensive meetings to discuss the course they should take. Many believe it is important to work at a more grassroots level to rally popular support and carefully study alternatives to the current system.

Some argue that tedious but necessary work on gradual reform, especially in the educational sector, must be a priority ahead of dismantling the entire system. One concrete first step that would answer the aspirations of many young Lebanese would be the establishment of an elective civil personal status law allowing Lebanese to get married, get divorced and inherit outside the realm of Christian or Islamic laws.

Unlike in other Arab countries where power is concentrated in the hands of one despot and his entourage, the situation in Lebanon is much more multi-layered and complex.

But do we now have an opportunity to revive the demand for a modern, civil state? The answer is certainly difficult. Although the February 27 protest - with another planned for next weekend - had many positive responses around in the country, the momentum for a radical change of the current political structure remains weak.

Nevertheless, the speed with which systems in Tunisia and Egypt - once thought to be very solid- collapsed is a sign that no system is immune from popular discontent.

Raed El Rafei is an IWPR editor in Beirut.

The Arab Spring
Lebanon
Connect with us