Tourist industry yet to recover from 2010 violence.

Tourist industry yet to recover from 2010 violence. 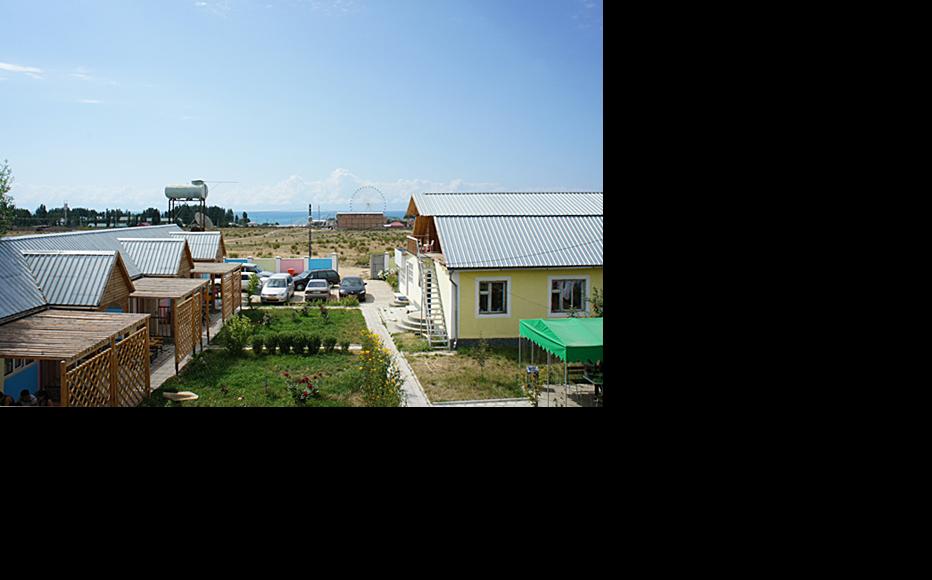 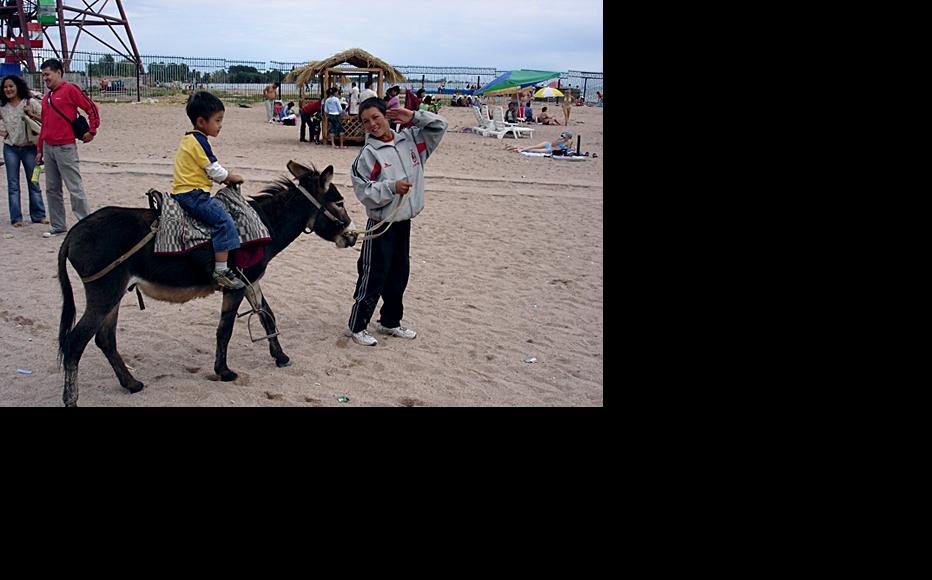 Donkey ride by the lakeside in the village of Bosteri. (Photo: Almaz Rysaliev) 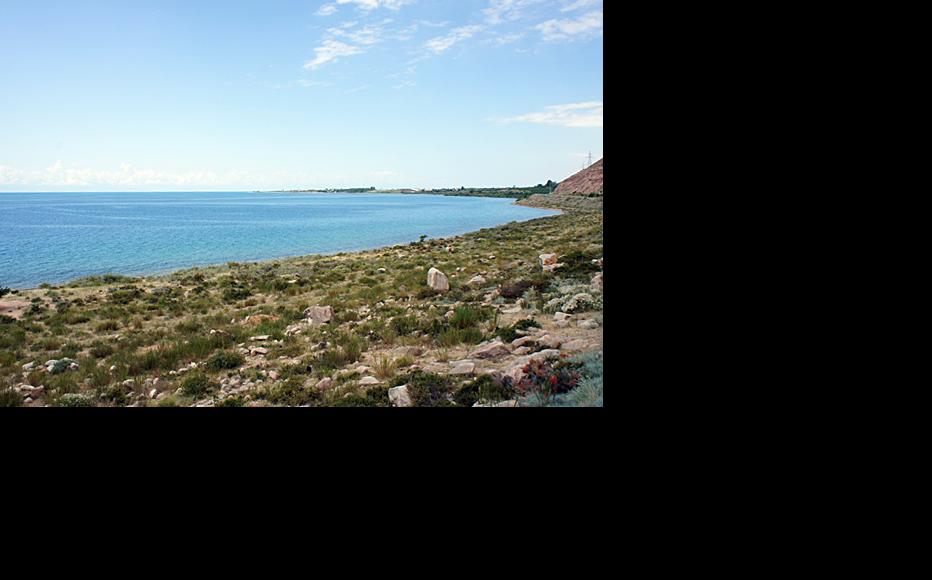 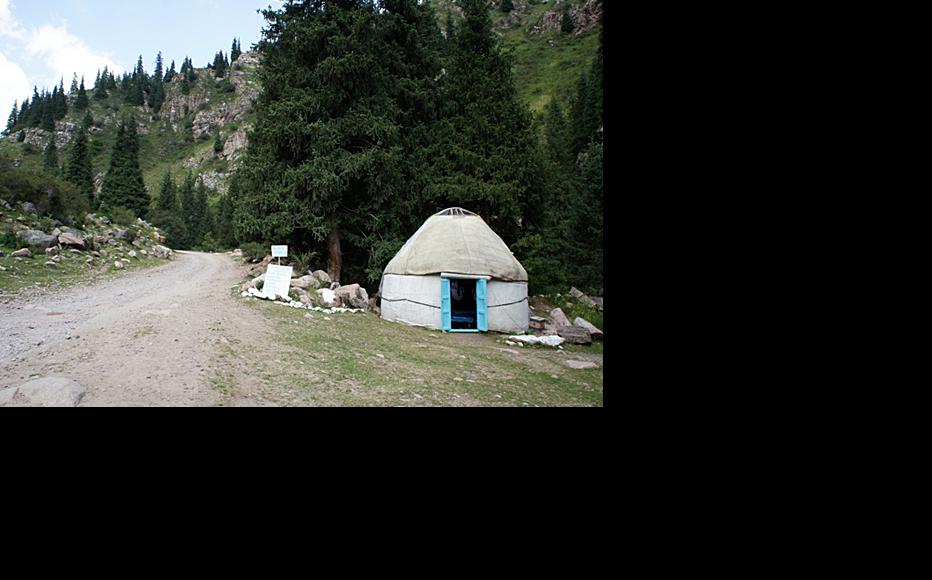 Traditional Kyrgyz yurt for the more adventurous tourist. (Photo: Almaz Rysaliev)
The link has been copied

This summer has been an exceptionally hot one at Kyrgyzstan’s Lake Issykkul, one of the top holiday destinations in Central Asia.

Temperatures reached the high twenties in the week I spent here with my family. That’s nothing for Central Asia, but unusual here. Part of the lake’s attraction is its temperate climate – pleasantly warm in summer but never cold enough for the water to freeze over in winter. Hence its name – “issyk kul” means “hot lake” in Kyrgyz. Nearly 200 kilometres in length, it is incredibly deep and is also the world’s second-highest lake.

In the village of Bosteri where we were staying, children raced each other into the water, couples floated by on paddleboats, and young men played volleyball on the beach, while others enjoyed ice cream, beer and locally-caught fish.

“The climate seems to be changing,” complained Kadyr, a local man selling fish to the tourists, fanning himself with a newspaper.

Surrounded by snowcapped peaks, the lake draws summer visitors from Russia, Kazakstan – where I myself live – and other parts of Kyrgyzstan.

Peak season, when it gets warm enough to swim in the lake, normally lasts only a month, from mid-July to mid-August.

For those who live on the lakeside, the summer season is just about the only time they can earn money by offering food, accommodation, and rented boats. With few regular jobs around, the money has to last them till the next summer.

Their children help out, wandering among the beach umbrellas calling out, “Fish, beer, anyone?” Many look too young to be at school, but they can sell their wares and give the right change.

This year was particularly important because many tourists from Russia and Kazakstan stayed away in 2010 following ethnic violence that left more than 400 people dead in Kyrgyzstan.

The clashes took place in the south of the country, a long way from Issykkul, but visitor numbers around the lake fell dramatically, and homeowners had to offer cut-price holiday rents as they chased after customers.

This summer, things seemed to be better. I saw a lot of cars with Kazakstan or Russian number plates on the road to Issykul.

Prices were high, too – I paid double the amount for the same cottage where I stayed last year.

One group of tourists was still missing – those from neighbouring Uzbekistan. This appeared to confirm what I had read on internet forums, that nationals of Uzbekistan were boycotting Issykkul because of last year’s violence, which pitted ethnic Kyrgyz and Uzbeks from southern Kyrgyzstan against one another.

It may not only have been a protest, since some may have been genuinely worried they might be in danger if they travelled to Kyrgyzstan. And their fears may not have been unfounded. When I spoke to young people living in the area, I could see they had grown more hostile towards Uzbeks.

A handful of incidents over the summer reminded everyone how edgy the atmosphere is in a country still struggling with law and order.

In early August, an Almaty resident holidaying in Kyrgyzstan was attacked and later died in hospital. A few days earlier, another Almaty man was beaten up in a bar. Even the village where we were staying, Bosteri, was the scene of a clash between police and local men who had been drinking. Villagers later blocked the main road and beat up two senior police officers.

Bad publicity in the media reports suggesting instability worries Issykkul residents who depend on the tourist trade. Many have taken out loans to build or renovate houses to rent out.

As the owner of our rented house said, “If I got hold of those people who attack tourists from Kazakstan. I’d punish them so much that they wouldn’t dare go within 100 metres of our foreign guests.

When our holiday was finally over, we reluctantly left the lake behind us and got on the road back to Almaty. We went through beautiful mountains and traditional yurts set up for the more adventurous tourists to stay in. The weather was still excellent, and we were tempted to turn around and go back to Issykkul for one final swim.

We’ll definitely be back, I thought to myself. And with luck, so will many others who want to enjoy this unique place.

Almaz Rysaliev, originally from Kyrgyzstan, is IWPR editor in Kazakstan.

Kyrgyzstan
Tourism
Connect with us