Bad news – it doesn’t herald a softer line on dissent or a clampdown on corruption.

Bad news – it doesn’t herald a softer line on dissent or a clampdown on corruption. 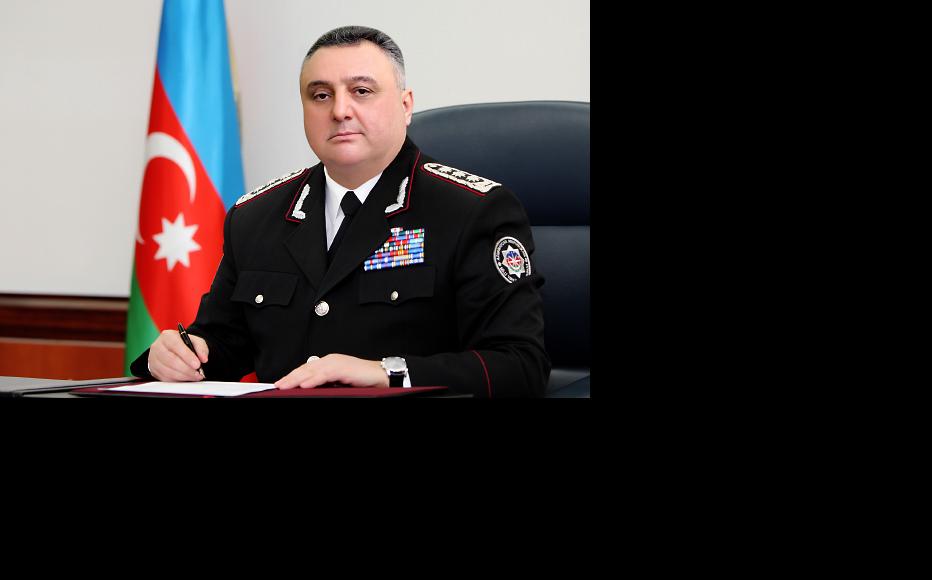 A wave of arrests has followed the sacking of National Security Minister Eldar Mahmudov in Azerbaijan in mid-October. Seven senior officials at the ministry are among those detained.

Analysts say the purge is not about rooting out systemic corruption. Nor does it indicate that the government is rethinking its crackdown on opposition members, human rights defenders and independent journalists, even though the Ministry of National Security (MNB), successor to the Soviet-era KGB, is a key instrument for suppressing dissent. Instead, the MNB seems to have ended up on the losing side in a power struggle between rival factions within Azerbaijan’s ruling elite.

In a surprise move, the long-serving minister was dismissed by presidential decree on October 17. Mahmudov had been in office since 2004.

Immediately after Mahmudov’s arrest, a team of investigators was set up to look into wider wrongdoing at the security ministry. Significantly, its members were drawn not from the MNB itself, but from the prosecutor general’s office and the Special State Protection Service, an elite force that guards the president and key institutions.

After that, many more heads rolled.

Seven high-ranking MNB officers were arrested on suspicion of abusing their powers, unlawfully interfering in businesses, and violating individuals´ rights, according to the prosecution service. Among them were the head of the ministry´s monitoring centre, Teymur Guliyev, the deputy head of its counter-terrorism force, Ilgar Aliyev, and the head of the department for combating transnational economic crime. Fizuli Aliyev. In the main, they were accused of taking large bribes from businessmen.

Businesspeople in Azerbaijan have begun openly complaining about their treatment at the hands of MNB officers.

One businessman, Afsal Hasanaliyev, told the APA news agency that he was unlawfully detained until he eventually paid a bribe of 32,000 manats (around 30,000 US dollars).

“I was kept in custody for four months and 29 days,” Hasanaliyev said. “They were asking for 100,000 manats.  My lawyer was a witness to this. I said I didn’t have that kind of money.”

He described how, after MNB officers visited him in prison on a daily basis to press their demands, his family had to put up their apartment as collateral for a 32,000-manat bank loan, and handed over the money.

“Now I’m unable to repay the money, and I live like a pauper,” Hasanaliyev said.

Maqsud Mahmudov, another businessman, told the opposition-leaning newspaper Yeni Musavat that he too was detained by the MNB and only released after paying a bribe of 120,000 manats to Ilgar Aliyev, the counter-terrorism officer now in custody.

On November 10, Akif Chovdarov, an influential figure who headed the MNB department for energy and transport security, was dismissed and arrested.

The net widened on November 12, when President Ilham Aliyev sacked the communications and IT minister, Ali Abbasov, who was seen as having close ties to the MNB.

“The ministry for communications and IT effectively turned into a department that carried out all the orders it got from the MNB,” Aydin Mirzazade, a parliamentarian from the ruling Yeni Azerbaijan party, told the Sputnik.az news agency. “That’s why the president fired the minister.”

The purge has extended to others seen as close to ex-minister Mahmudov.  One of them is Vidadi Mammadov, head of the tax offences department at the ministry for taxation.

Beytullah Huseynov, a relative of Mahmudov and head of the Baku Telephone Network, has also become entangled. The Trend news agency reports that he has been arrested and accused of embezzlement, abuse of office and negligence.

As for Mahmudov, his fall from grace seems irrevocable. Hakimeldostu Mehdiyev, a human rights activist living in Nakhichevan, an exclave of Azerbaijan tucked between Armenia and Turkey, reports that a bust of the MNB chief’s father, renowned economist Ahmed Mahmudov, has been demolished and a high school called after him has been given a new name.

POLITICAL INTRIGUE RATHER THAN REFORM​

Commentators interviewed by IWPR believe the turbulence reflects conflicts between powerful elite groupings rather than a sudden desire to clean up state institutions.

“In this government, no one gets removed from office or arrested for illegal acts, since the entire functioning of the system is based on illegality,”Arif Hajili, chairman of the opposition party Musavat, said in a recent interview.

Speaking to his party’s newspaper Yeni Musavat, Hajili argued that the two ministers were summarily removed from their jobs because the Azerbaijani leadership had lost confidence in their previously unwavering loyalty.

Mahmudov, in particular, played a key role as boss of a government agency responsible for the surveillance and intimidation of opposition groups.

“The upside of the dismissal of these two ministers is that officials in power have come to understand that this is what lies in store for them,” Hajili added.

Oqtay Gulaliyev, head of a human rights and environmental NGO called Kur, predicts that more people will be swept up in the wave of dismissals and arrests.

“It’s long been known that the entire communications and IT ministry was under the MNB’s thumb. Among the ministries, there have always been groupings [divided] by sphere of influence. For a long time, that never worried anyone, for some reason, yet suddenly there are these developments. All of it points to growing strains between the clans that are in power. These tensions previously went unnoticed as they were on the inside, but now it’s all come out into the open.”

While the charges against Mahmudov and others mostly involve extortion against businesses, senior MNB officers have been named in numerous cases where human rights activists and others have been assaulted and otherwise mistreated.

In October, the Azerbaijani government was forced to agree to pay compensation of 28,000 euro to journalist Agil Khalil. The European Court of Human Rights ruled that Azerbaijan had violated Khalil’s rights after hearing that MNB officers beat him up while he was reporting on a land abuse case. Khalil was later stabbed in the chest by persons unknown. During the investigation of the MNB officers’ attack, investigators tortured Khalil and forced him to say he was stabbed by his “boyfriend”, an individual he says he never met, let alone had a relationship with.

Now that open season has been declared on the MNB, even pro-government politicians have come out and said the secret service has lost its way.

Zahid Oruj of the pro-government Ana Vatan party, for example, told the Moderin.az news site that an institution that was supposed to have the highest professional standards and guard the country against major external security threats had “lowered itself to become a counter-narcotics agency”.

Ilgar Valiyev, a spokesman for the opposition movement NIDA, told IWPR that Mahmudov had replaced many security service officers with policemen from the interior ministry, his previous posting.

Mahmudov’s successor may make matters even worse, Valiyev said. Within days of his dismissal, President Aliyev appointed Madat Guliyev as security minister on an acting basis. Guliyev was previously head of the prisons service and deputy justice minister.

“In his previous post Madat Guliyev was known for having an iron fist. During his time there, the number of mysterious deaths rose in penal institutions, and various methods were applied to pressure political prisoners,” Valiyev said. “Given his past record, I believe these changes will make the MNB’s professional level even worse.”

Azerbaijan
Accountability, Rule of Law
Connect with us