The Death of the Convertible Cuban Peso

The currency was supposed to solve the regime’s economic woes. It failed; and no one will miss it.

The Death of the Convertible Cuban Peso

The currency was supposed to solve the regime’s economic woes. It failed; and no one will miss it. 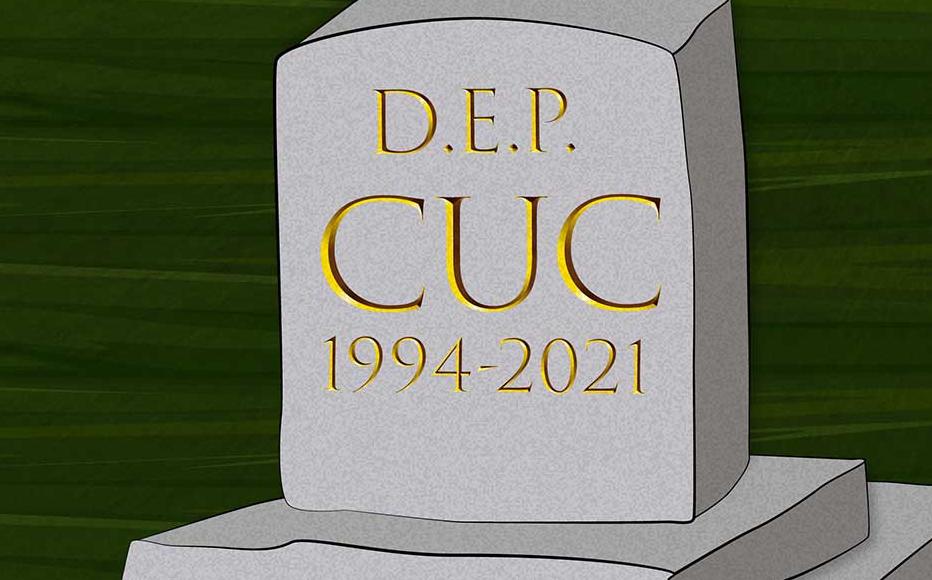 The Convertible Cuban Peso, or CUC as it was commonly known on the island, has died at the young age of only 27. © Baleria Mena
The link has been copied

The Convertible Cuban Peso, or CUC as it was commonly known on the island, has died at the young age of only 27.

The CUC was a kind of bastard brother of the US dollar, still the leading character in Cuba's economic theatre. It always suffered from a lack of identity and lived in the dollar's shadow. In the end, the legitimate brother triumphed, although it took a pandemic that ended the tourism boom for this to finally happen.

The CUC was created in 1994, shortly after the start of the economic crisis known as the Special Period. Life had become particularly hard for a country clinging to communism following the collapse of the Soviet Union in late 1991.

As the peso's value dropped, those who could access dollars used them more and more. Recognising the severity of the situation, the government decided to legalise the previously forbidden use of US currency. And in 1994, the Central Bank created a new currency equivalent to the dollar: the CUC.

For every dollar entering the Cuban economy, the government would issue one CUC. People would use both dollars and CUCs in an economy that increasingly relied on tourism, remittances and foreign investment

The government's strategy was to separate the unproductive sectors in which pesos were used from new and more lucrative activities for which the dollar and the CUC were the dominant currencies.

In those first years, the CUC was faithful to its role as a supporting actor to the dollar.

Tourists could pay for everything in dollars. State enterprises could open bank accounts in dollars. People could use dollars in the new TRD shops, where items otherwise unavailable could be found.  But the challenge for most Cubans was how to earn dollars within Cuba.

Many who had immigrated to the US sent remittances to their relatives using Western Union services, which began operations at the end of 1995.

The new set of measures put together by the government in the 1990s brought some stability to the island. But it also encouraged divisions between those with access to dollars and those without.

The US did not overlook the use of dollars by Cuban state companies. In May 2004, the US government imposed a 100 million dollar penalty on a Swiss bank for making transactions in dollars at Cuba's request.

This prompted the Cuban authorities to take their next step. In November 2004, the government decided that state companies and the general population could only use CUC or pesos. The CUC was crowned king, and Cubans were still more divided between the haves and have nots.

With Cuban pesos, people could only shop in certain places, while the CUC allowed them the freedom to buy anywhere. Even in stores that did not authorise CUC payments, shop assistants were happy to accept the currency at a lower exchange rate. If the official rate were 25 pesos, for example, the shop's rate would be 23 pesos.

If you were lucky enough to be eligible for a job with a salary paid in Cuban pesos and CUCs, then you were considered very fortunate, no matter the actual size of the wage. All others were paid solely in Cuban pesos.

This led to a sad phenomenon: a labour shift by which professionals with academic qualifications were paid less than someone working in the tourist sector who had a salary in the coveted CUC.

An ordinary person receiving remittances from abroad could exchange one CUC for 24 or 25 pesos. By contrast, for state companies, the three currencies – dollar, CUC, and Cuban peso – were comparable.

As a result of this strategy, the country's economy fostered the idea of importing everything to sell it later in CUCs. Little by little, the government stopped producing food and all industrial products to meet the internal market's needs.

As long as tourism continued to flow and Cubans abroad kept sending dollars, there would always be the to keep importing goods.

But by 2011, it was clear the CUC was destined to die. That year, the Communist Party Congress approved the so-called lineamientos, guidelines leading to a monetary and exchange rate unification.

It was clear that the multiple exchange rates were problematic and that there was no longer true parity between the CUC and the dollar.

But change in Cuba is slow to come.

In 2014, the Cuban government announced a plan to merge the two local currencies, which would happen on the supposedly imminent Day Zero. In 2016, state media outlets reported that the decision to eliminate the CUC was unavoidable.

A year later, then-president Raúl Castro said that the solution to the currency problem "cannot be further delayed".

But then in October 2019, the authorities once again began to sell products in dollars. As the saying goes, history repeats itself; the country was dealing with three currencies yet again.

In the beginning, the only items that could be bought in dollars were electrical appliances, spare parts for vehicles, and other products categorised as top-range. Then in July 2020, new dollar shops began selling all sorts of food and essential products, with stores charging in CUC increasingly empty.

So now, although most people's incomes are in pesos, many of the things they need to buy are available only in dollars.

Most companies need to use the peso, but the dollars they need to buy supplies are only available for purchase at the exact exchange rate that applies to ordinary citizens: 24 pesos per dollar.

According to some estimates, the resulting inflation would be somewhere between 470 and 900 per cent.

Cubans will remember the CUC, part of their lives for nearly 30 years. But nobody will miss it. Although the CUC died young, many argue it should have died much earlier still.