Although discrimination on the grounds of sexual orientation is illegal, the reality is different. 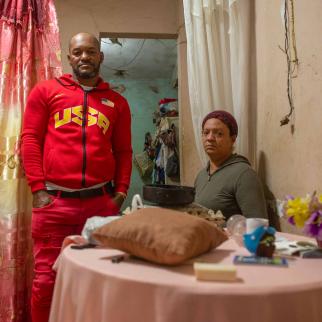 Cuba: La Güinera Waits for News of Its Detainees

Nearly 100 people from the impoverished neighbourhood were detained in connection with the July 2021 protests.

Although discrimination on the grounds of sexual orientation is illegal, the reality is different. 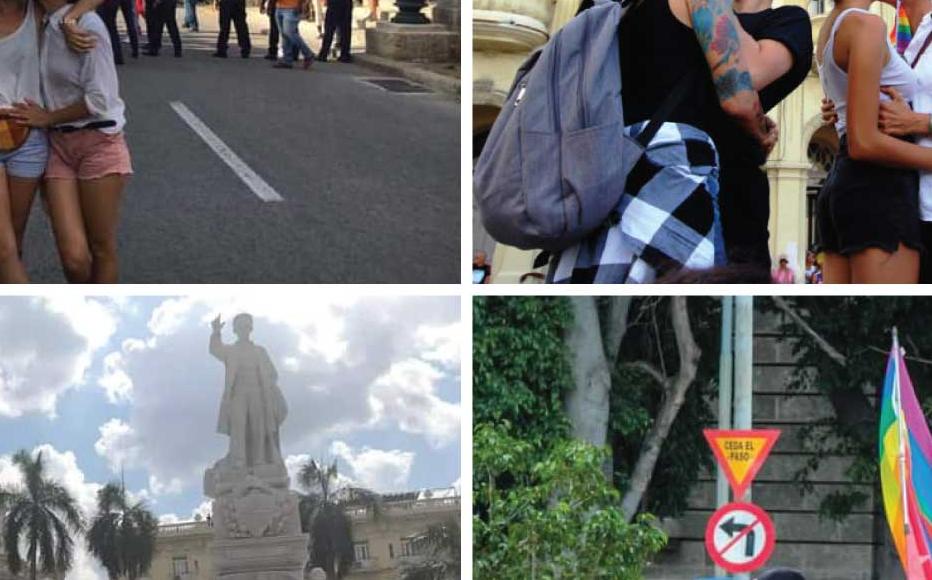 Raul (not his real name) had his first experience of institutional homophobia aged 17, hanging out with friends near the Calixto Garcia Hospital in Havana’s El Vedado neighbourhood.

The police arrested him for alleged prostitution and at the station made him sign a caution without showing him evidence of any charges. As he was being taken away, an officer said, referring to his arrest, "This is for pricking turds, you fag.”

Although discrimination on the grounds of sexual orientation is illegal in Cuba, the reality is different. Raul recalled growing up hearing stories of people sacked or expelled from their studies for being gay, or of others forced to leave the country because their supposedly inappropriate conduct was at odds with the revolution.

The state-run National Centre for Sex Education (Cenesex), founded in 1989, created, in theory, to listen to the demands of the LGTBI community.

Raul, however, is among many LGTBI people who say they feel increasingly disillusioned with this institution.

Journalist and activist Mel Herrera said that the May 2019 march in Havana had marked a watershed for LGBTI activism and the community’s relationship with the state.

Herrera, a transgender woman, said that what became evident that day was that "a large part of the LGBTI community does not feel represented and protected anymore by [Cenesex], an institution mostly run by cisgender people and heterosexuals".

Two years later, both Herrera and Raul were also part of Cuba’s most significant wave of anti-government demonstrations in decades, on July 11, 2021 - the so-called 11J.

Raúl recounted walking with other protestors through the streets of San Antonio de Los Baños, Artemisa, until they were stopped by a police roadblock. There, the demonstrators sang the national anthem, La Bayamesa, and broke through the barrier. For Raul, the moment represented the courage of people to – if only briefly –express what was holding them back. They then marched to the government headquarters in Regla.

"I never imagined seeing so many people gathered in the streets shouting Homeland and Life [the title of the song that accompanied the anti-regime protests],” said Raul, now a 22-year-old student at the University of Havana. “Although time has gone by, I believe none of us has stayed the same; now there is always this feeling that it could happen again.”

The Cuban LGBTI community participated in the 11J protests compelled by many of the same reasons that mobilised the rest of the country: lack of freedom and economic hardship.

"The difference was that we had some claims relevant to themes such as our sexual orientation, gender identity, and the rights we still don't enjoy," explained Herrera.

So some called for the legal recognition of same-sex partnerships, while others against the intolerance shown by public institutions that ignore or repress any form of LGBTI activism not controlled by the state.

The protests highlighted the estrangement between Cenesex and many LGTBI people in recent years, fuelled partly by the authorities' decision to eliminate article 68 of the new Constitution, which came into force in 2019 and would have opened the way to legalizing same-sex marriage.

This was widely interpreted as a government surrender to pressures from the Cuban Catholic and Evangelical churches.

"Many people, even though they recognize Cenesex as an institution, feel discouraged and tired of waiting during years of unfulfilled promises," Herrera said.

Although the government recently decided to include marriage equality and other collective demands in a popular consultation on the new family code, many activists question why the issue needed public consultation if the whole population had the same rights.

LGTBI participation at the 11J protests put Cenesex at the heart of the debate. Founded as a government agency after decades of official hostility towards sexual diversity, it aimed to promote and conduct studies on gender and sexuality.

Initially, the agency focused on health and education. Since 2000, after the appointment of Mariela Castro Espín - daughter of former president Raúl Castro - as director, Cenesex began to address subjects more related to LGBTI rights.

Many in the community acknowledge that the agency brought crucial issues regarding their rights into the open. However, they also criticize its vertical structure, intolerant approach to a diversity of views and explicit submission to the state.

For instance, Castro Espín announced on social media that the May 11, 2019 demonstration was "a show organised from Miami" [where the US Cuban diaspora is based].

Isabel Diaz Torres, a writer, environmentalist and activist, recalled how he had been invited to do a training on "sexual diversity and human rights" in Cenesex in 2010.

He said that he soon realized that the intention was to create a group affiliated to the institution.

"They had a group of lesbians, another of transgender women, and they wanted to create one of gay and bisexual men," the activist explained. "As much as we insisted that it didn't make sense to have an organisation just for men, and much less led by Cenesex, the pressure of an official regarding this matter paid off, and finally, the group was created.”

After leaving the group, Díaz Torres helped create the independent Rainbow Project organisation, only to experience a hostile reaction.

"The harassment included many phone calls and interviews to intimidate us. All these actions carried the seal of homophobia, a distinctive mark of the political police in Cuba," he recalled.

Diaz Torres has since left Cuba and lives in exile.

Members of the LGTBI community continue to be victims of official repression following the prominent role its members played in the 11J protests.

One of the best-known cases was that of Yoan de la Cruz, a young gay man from San Antonio de Los Baños

De la Cruz broadcast live on social media from the demonstration in San Antonio de Los Baños that sparked protests across the country.

Imprisoned since July 2021, he was sentenced to six years for disorderly conduct and contempt, according to his family.

Brenda Díaz García, a transgender woman, has also been awaiting trial since July 2021 for her participation in the protests in Güira de Melena, Artemisa. She was accused of public disorder and sabotage for throwing stones during the protests, a charge her family denies.

In Cuba, transgender people are placed in prison facilities according to their gender assigned at birth. Díaz García has been in a men's detention centre for months, according to a family member.

Vivian, a transgender woman who asked to remain anonymous, took part in the 11J protest in Holguin, in the east of the country.

"I couldn't stay at home while everybody was on the streets,” she said. “I did not throw stones or anything like that; I just marched and shouted. When police agents started to behave aggressively, I left the protest. Life is hard enough for me; the last thing I want is to go to prison.”

"I am tired of the government's dithering, one moment is yes, and the next is no," Vivian said, referring to same-sex marriages. "The same happened recently regarding the introduction of compulsory sex education in schools approved in Resolution 16-2021, that never came into force".

Vivian began her transition at age 17. The first time she wore a skirt was during a physical education class. The teacher sent her home. The following day her teachers and classmates teased her. As a result, Vivian did not finish high school.

"I always wanted to be a teacher, but what happened to me at school changed all my dreams. Therefore, I started wandering the streets, where we all ended up. The house was another hell; I lived with my mother, and she never accepted me".

Vivian supports herself through sex work, one of the few options available for transgender women in Cuba. In Cuba, only those who undergo surgical reassignment can change their name and gender, making it challenging to find work and make administrative procedures in public institutions.

Yessica, 24, a transgender woman from Havana who also asked to remain anonymous, took part in the 11J protest in the Diez de Octubre municipality.

One of the reasons Yessica had for joining the protest was her difficulty accessing the hormonal treatment she needed. Unfortunately, Cenesex provided only a part of such treatment, she said, adding, "It's up to me to find the rest of the pills."