Hundreds living in Trinidad and Tobago face an uncertain future.

Hundreds living in Trinidad and Tobago face an uncertain future. 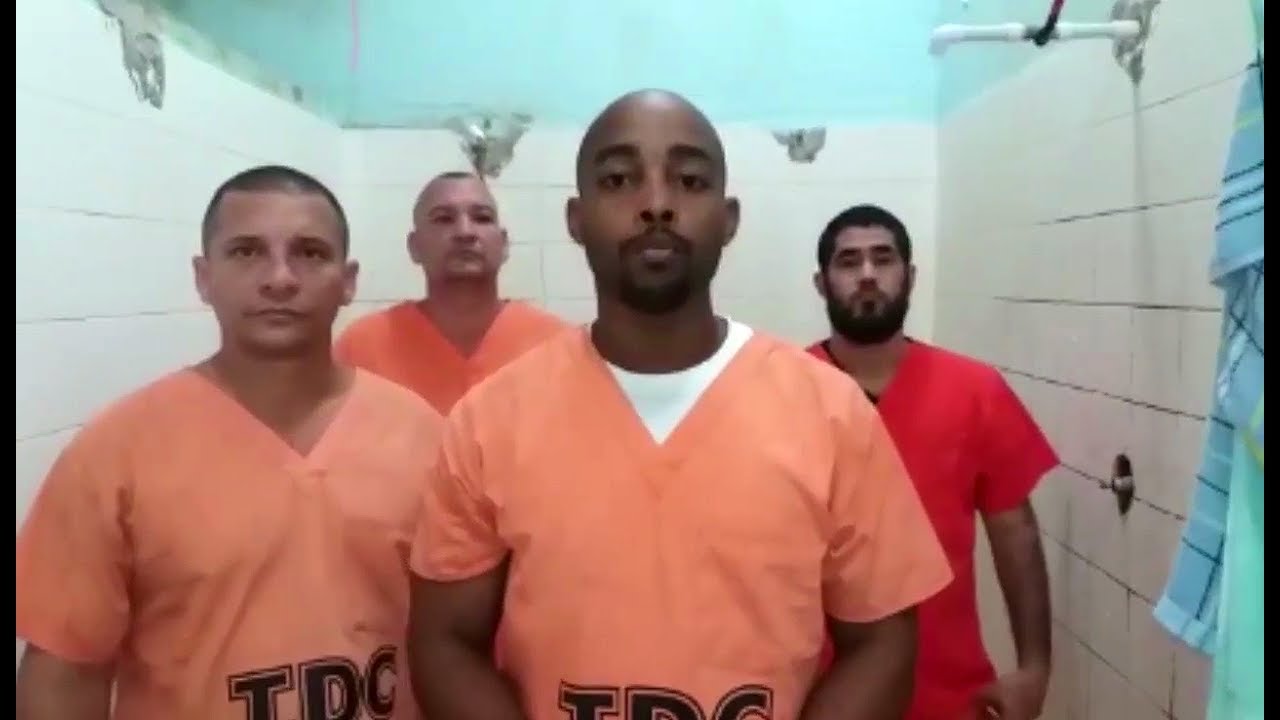 Cuban Migrants Live in Limbo
The link has been copied

It’s hard to hear Baldomero Castro Despayne’s voice from behind the thick glass covered by metallic mesh in the Aripo detention centre.

The Cuban citizen has been held in legal limbo behind its thick cement walls and barbed wire for the last eight months.

Trinidad and Tobago, along with Barbados, are the only two countries in the Caribbean that Cubans can enter without a visa.

Despayne arrived in Trinidad four years ago, looking for a “taste of freedom,” as he puts it. But in October 2016 he was seized by Trinidadian police in a street raid and taken, along with 14 other Cubans, to Aripo, a temporary detention centre for migrants that inmates say looks and functions more like a prison.

Under Trinidadian law, Despayne and his fellow Cubans are in the country illegally because they have stayed for more than 90 days, the term allowed for foreigners to stay in the island without a visa. And as far as the Cuban government is concerned, Baldomero is now stateless, having been outside the country without a permit for more than two years.

He said that Despayne could appeal to the UNCHR through their intermediaries on Trinidad and Tobago, a church group called the Living Water Community.

“The worst option for him is deportation,” he added, noting that Cuba would accept him for only 60 days after which would be expelled, this time without a clear destination.

Despayne said he was desperate and had receivied no help from the Living Water Community.

“We have time to go outside [our cells] and work out. But we’re in jail, my friend. The days go by and we don’t see a way out. We’ve asked UNCHR [United Nations Refugee Agency] representatives for help, but they have rejected our petition.”

There are around 200 other men and 40 women, mostly from Africa, the Middle East and Latin America, being held at the centre some 30 miles northeast of the capital Port of Spain.

The other Cubans detained there include brothers Reinaldo and Lázaro Conde Álvarez, Deidy Agustín Rodríguez and Yoandry Cruz.

Despayne fears that his situation might worsen if it is made public, but is also scared he will end up in the same situation as Isidoro Chibuike Okafor, a Nigerian citizen who’s been held at the centre for the last four years.

He and his cellmates have made two videos to highlight their plight, the first of which was broadcast by the US-based Cuban news outlet Marti Noticias in January.

Sonia Margarita Contrera Jones, a nun from the Biblia Abierta Hispanic church who visits regularly to bring them food, said that this had already “caused trouble for them in Cuba and here”.

She has written several times to the Living Water Community on the Cuban detainees’ behalf, and said that she was yet to receive a reply.

But Rochelle Nakhid, who works with the Living Water Community, explained that Baldomero and the other Cubans needed to present a formal petition for asylum to them, either in person or via a lawyer, before any action could be taken.

There is no official data on the number of Latin American migrants in Trinidad, although they have a clear presence in towns such as San Juan or San Fernando. Unofficial figures suggest that there are over 300 Cubans without papers living on the islands, with more arriving every day.

Alex is from Cotorro, a town south of Havana, and has been living in Trinidad without legal documents for a year-and-a half.

He works ten hours a day in construction and spends another few hours working in a restaurant at night, making around 600 US dollars a month. He said the worst thing about his lifestyle was having to constantly hide from the police.

“My girlfriend is from Trinidad and we plan to get married,” he said. “The legal procedure is difficult and it can take up to five years. But it’s the only way for me to get a legal status.”

Farid Scoon, a Trinidadian immigration lawyer, said that the authorities preferred to turn a blind eye to such awkward situations.

“The situation is out of control and Trinidad’s government looks the other way,” he explained. “There is indeed a difference in the treatment given to a foreigner who is from Europe or the United States and that given to one who comes from a third world nation. It’s racist.”

Trinidad’s policy on migration has been toughened because of counter-terrorism efforts, explained Faris Al Rawi, Trinidad’s Attorney General, adding that the island has recently signed a treaty with the US on the subject.

The situation is further complicated by the fact that Trinidad and Tobago is a full member of the 15-nation Caribbean Community (CARCOM) organisation, while Cuba is not.

“Cuba is an extension of the CARICOM family,” Al Rawi continued. “The country is not a member, but we do have a very close relationship”.

Although Cubans can enter Trinidad and Tobago without a visa and remain in the country for up to 90 days, the law also states that custom agents can deny the entry of a Cuban traveller if he or she fails to present a round trip airplane ticket, a letter from their host in Trinidad, or if they are unable to explain their purpose in the country.

Farid Scoon said that the Trinidadian authorities were also negligent when it came to explaining migrants their rights.

When denied entry to the country, “foreigners are given a piece of paper explaining the entry requirements. It consists of 15 paragraphs in very small print. As far as I know, it’s not available in Spanish. These people don’t speak English and don’t know their rights. It is common practice and it happens on a daily basis”.

Other Cubans are not even aware that they may face arbitrary detention. Jose sold his house in Cuba and arrived in Trinidad two months ago to find work. His brother also lives on the island.

“The best is to forget about everything [Cuba] and start from scratch. This is the price, you adapt or die,” Jose said.

But Jose has no idea that if caught he could be detained and taken to Aripo.

“I don’t know a thing about that law,” he said.

Cuba
Migrants
Connect with us