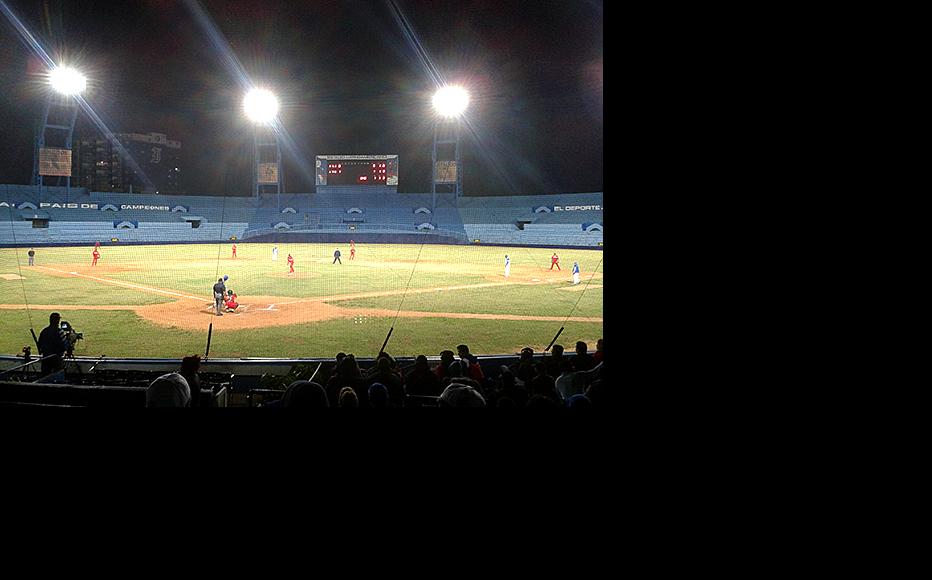 Baseball stadium in Havana. (Photo: Alexander Robles)
The link has been copied

For the first time in more than half a century, Cuban baseball players have been allowed to travel abroad to play in professional leagues.

Baseball is hugely popular in Cuba, and the national team is ranked in top place by the International Baseball Federation.

Until now, however, individual players have been barred from playing for foreign professional teams, leading some to defect from Cuba altogether.

In a change of policy, the National Baseball Commission granted three players permission to spend the close of the current season in Mexico’s professional league.

The three are Michel Enríquez, who plays third base with Isla de la Juventud province’s team, and Alfredo Despaigne and Yordanis Samón from the Granma province team. They debuted in late May and early June with Mexico’s Campeche Pirates. Only Despaigne is still on the team, as Samón and Enríquez are already back in Cuba.

The Cuban sports authorities have also negotiated a return after 53 years to the Caribbean Series, which involves teams that have won domestic tournaments in Mexico, Venezuela, Puerto Rico and the Dominican Republic.

Cuba’s Villa Clara team, as champions of the latest national series, will represent the country as it returns to the regional competition.

The relaxation of the rules may reflect broader changes in areas that were previously subject to the rigid confines of Cuba’s communist, including the emergence of a small private sector. They may also be more pragmatic – local media have suggested that the chance of a spell in the Mexican league served as an incentive to improve players performance during the last national baseball series.

The national team came second in the first World Baseball Classic in 2006, considered the most important international baseball event, but was unable to get past the second round in the one that followed in 2009. This year, Cuba won fifth place after being eliminated by The Netherlands.

Bárbaro Puentes, a former pitcher for teams in Havana, noted that banning professional leagues had ended the local careers of many players who could not find places on provincial teams.

Without permission to play abroad, players escaped from Cuba illegally or defected from the national team when it was playing abroad.

The most recent defection to the US was Misael Silverio, a left-handed pitcher, who abandoned the Cuban team while it was in Iowa last month.

Puentes said that if a Cuban baseball player is found to have had any kind of contact with foreign promoters, then “even if they don’t have the intention to desert, they are instantly, automatically, pulled off the team and out of high-performance sport… [managers] are frightened that the baseball players will stay abroad”.

Local media noted that all three players who were allowed to go to Mexico were members of the Cuban Communist Party.

The Cuban regime’s antipathy to professional sport was once so strong that, during the early years of the National Series amateur league, former professional players working as trainers were banned from coming onto the field during official games.

Cuban baseball fans seem happy that players are now getting a chance to play professionally outside the country.

“It’s about time our players tested themselves in other leagues,” said local enthusiast Marcos Duany. “That’s the only way that we’ll really know the quality of our players. Also, we’ve lost lots of good players because of the [past] restriction.”

Another fan, Mario López Sardinas, said, “Our players need to improve their performance. It’s been years since we’ve won an international tournament.”

Cuba
Connect with us