Could Uzbekistan be Opening Up?

Scope for change on foreign policy, but domestic reform may be mostly cosmetic.

Could Uzbekistan be Opening Up?

Scope for change on foreign policy, but domestic reform may be mostly cosmetic. 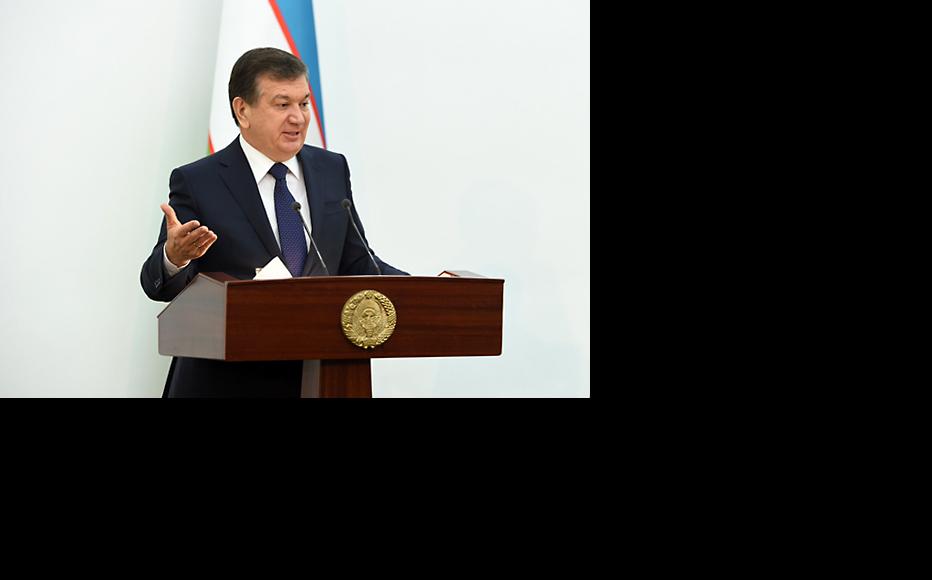 In the three months since his appointment, Uzbekistan’s new president Shavkat Mirziyoyev has taken a number of measures that appear to show willingness to open up one of the world’s most isolated states.

His predecessor Islam Karimov, who died in September 2016, was an authoritarian and ruthless leader who had ruled with an iron fist for 27 years.

John MacLeod, senior analyst for Russia and CIS at Oxford Analytica and a former IWPR managing editor, said that these were “early signals” of an intention to change, but warned that substantive domestic reforms remained unlikely.

IWPR: Uzbekistan announced a plan to abolish short-term entry visas for nationals of some 27 countries as of April, although this has since been postponed. Do you see this as an attempt to boost the tourism industry, or as part of a wider plan to open up to the world?

MacLeod: It’s certainly designed to increase tourist numbers but it also signals a change in attitude away from bureaucracy and towards greater openness. However, it will take quite a few more steps of this kind, and real changes in things like the business environment, to change outside perceptions of Uzbekistan.

Shavkat Mirziyoyev chose to pay his first visit as head of state to Turkmenistan, in early March. What role does Uzbekistan play in the Central Asian region?

Uzbekistan is geographically the central state, with the biggest population and the region’s historical and cultural heart. That’s the way it sees itself, anyway, and it’s been as much a curse as a blessing in the last couple of decades. The Uzbeks were a bit resentful at Kazakstan’s emergence as an oil state and had difficult relationships with smaller Kyrgyzstan and Tajikistan over water and some political issues. Turkmenistan is a similarly isolationist, authoritarian state, but there were frictions in that relationship, too.

The new president signalled early on that he wanted that to change and he’s reached out to Uzbekistan’s neighbours. If that is sustained, and Uzbekistan is prepared to set aside – but not ignore – areas of dispute with its neighbours, that’s got to be a good thing for it as the region’s centre, and for all the other “stans” as well, as trade, transport and energy links improve.

Flights between Tashkent and Dushanbe resumed in early 2017 for the first time in 25 years, and some Tajik experts even expressed hopes for cooperation on the Roghun dam. This giant hydroelectric project has proved controversial as it could potentially deprive Uzbekistan and other Central Asian states of vital irrigation. However, Uzbekistan then suddenly denied permission for an aircraft from Tajikistan to land in Tashkent on February 20. What is your take on that?

I understand that flights will go ahead and that whatever technical or administrative glitch blocked the first attempt will be sorted out. It’s immensely important for Tajikistan to accept the hand that’s being reached out.

Again, it’s going to be no easy task. The Roghun dam issue is a big problem. The Tajiks are determined to complete this giant structure which the Uzbeks say will shut off water that is essential to their agriculture. This has led to antagonism. The two states now have a rare opportunity not to find an immediate solution to the dispute, but to find mechanisms and methods of discussing it in a less confrontational manner, finding areas of commonality and perhaps working towards some kind of resolution that involves compromise but works for both.

The prominent dissident journalist Muhammad Bekjon was recently freed after spending 18 years in prison. Could this be a sign of bigger reforms to come?

I am not sure the release of Muhammad Bekjon is the start of a real change. Bekjon and two others -Rustam Usmonov and Samandar Qoqonov- had been kept in jail for about two decades. The late president, Islam Karimov, had a personal vendetta against people who stood up to him in the early post-Soviet years. And Bekjon is the brother of Karimov’s number one enemy, exiled opposition leader Muhammad Solih.

Mirziyoyev doesn’t have a personal reason to hold onto these veteran political prisoners, and releasing them does him no harm.

What we are seeing at the moment is early signals of an intention to change things. Nothing more. There are many, many obstacles to Mirziyoyev holding onto this intention, understanding what changes are needed and then delivering them. He’s operating within a rigid political system that is designed not to change, and a system of which he himself is a product.

I fear that changes to the domestic political system will be minimal and really just cosmetic. On foreign policy, there is scope for change: less of Karimov’s instinctive isolationism and more understanding of the benefits of economic cooperation, especially when you’re living in a doubly landlocked state.

Karimov was part of the Soviet nomenklatura, while Mirziyoyev’s career was shaped after Uzbekistan had become an independent state. How might this affect Mirziyoyev's leadership style?

I don’t see Mirziyoyev as being so fundamentally different from Karimov in background. After all, the undemocratic hierarchy that is in charge now is very much a product of the Soviet system. If you join it, you adapt to it, not it to you. We see that even with younger officials who’ve been educated in the West. They slot into roles in a closed-off, authoritarian and often corrupt administration, where the only competition is between rival patronage networks.

So I am very pessimistic about the prospect of Mirziyoyev suddenly showing liberal tendencies and a desire to reform the system in ways that would give the electorate a real choice about how things are run. As I’ve said, he’s a product of the system, and that makes it very hard to take a detached view of it, even if he wants to.

Uzbekistan
Regime
Connect with us