Insecurity increases as insurgents appear energised by imminent US withdrawal.

Insecurity increases as insurgents appear energised by imminent US withdrawal. 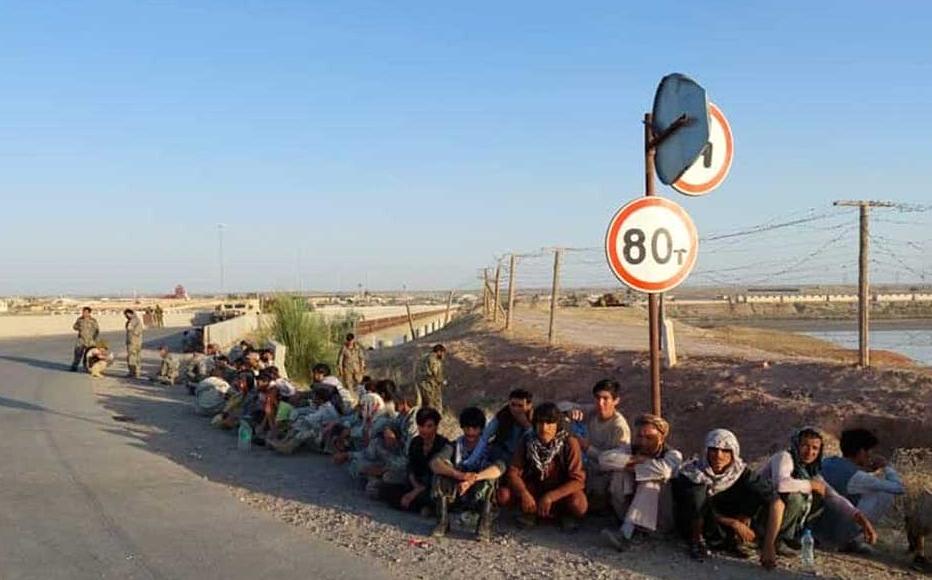 A group of refugees from Afghanistan on Tajikistan border. © Tajikistan's Government Committee for National Security (GKNB)
The link has been copied

A Taleban attack on a border checkpoint has fuelled fears that the militants’ growing control in part of northern Afghanistan could have serious consequences for neighbouring Tajikistan.

Armed men seized Sherkhon-Bandar in Kunduz province in the early hours of June 21, forcing 134 Afghan soldiers to flee to the territory of Tajikistan.

According to the UN, since early May the Taleban have taken control of 50 out of 370 districts in Afghanistan, most located in four provinces bordering Tajikistan.

The Afghan province of Badakhshan, which borders the Gorno-Badakhshan Autonomous Region (GBAO) of Tajikistan, has come under particular pressure from the militants, and there are fears of a potential refugee crisis as well as economic and security consequences.

Most foreign trade between Afghanistan and the Central Asian states transits via the Sherkhan-Bandar checkpoint, and Tajikistan-based expert Kosim Bekmukhammad said that its seizure was a notable victory for the insurgents.

“This is how the Taleban demonstrate their power and emphasise that they seized control of one of Afghanistan’s most important economic and commercial routes to the outer world,” he said.

The move was particularly significant given the upcoming exit of US troops, scheduled for this autumn. Bekmukhammad recalled that the Taleban had previously seized control of Kunduz and other towns bordering Tajikistan in 2015 and 2016. Back then, the authorities managed to rapidly liberate these territories.

“However, this time the situation has become worse because of the withdrawal of the US troops from Afghanistan and the lack of an equivalent foreign partner that would support the government in Kabul,” Bekmukhammad said.

Afghan political analyst Fakhim Kukhdomani said that the national army was also likely to recapture the checkpoint in the near future.

“The Taleban have no potential to control this point and run it,” he said. “They have no certain programme in terms of ensuring security and administrative control.”

However, the wider security situation in the country was likely to deteriorate, he continued.

“Pakistan’s religious schools will begin their summer holidays. According to unofficial data, thousands of militant students have already penetrated into Afghanistan or are going to. Afghanistan is going to have a bloody summer. But it doesn’t mean that the Taleban can easily seize the towns of Afghanistan in future. Afghanistan has no other chance but to fight the Taleban.”

They think they have defeated the foreigners, and now it’s time [to defeat] the troops of Afghanistan

Kukhdomani said that Washington’s approach to their imminent withdrawal had been “irresponsible” and had served to fuel public insecurity.

“According to the assessment of the US intelligence, the government of Afghanistan could collapse six months after the American military withdrawal. Previously, they said the government of Kabul would remain for up to two years. In other words, they create public opinion in Afghanistan, the region and the world about the imminence of the Taleban’s return to power.”

Afghan First Vice President Amrullah Saleh recently told Voice of America radio that the withdrawal of the American troops had contributed to the insurgents’ self-confidence.

“They think they have defeated the foreigners, and now it’s time [to defeat] the troops of Afghanistan,” Saleh said.

However, Kukhdomani said that the national army had been independently confronting the Taleban for some time and would continue to successfully do so.

“Of course, there are successes and defeats in the war. But I believe that the Afghan army would win because the Taleban have no wide support among people. No people’s, political or tribal councils in the provinces or districts of Afghanistan have ever supported the Taleban,” Kukhdomani said.

“Previously, in the 90s, the Taliban said they [were not interested in] Tajikistan and other neighbouring Central Asian countries. But now their tactics have changed. If they seize power, we’ll be at risk,” Nazarov said.

Bekmukhammad said that any large-scale incursion into Tajik territory was unlikely.

“Some groups, including of citizens of Central Asia, can attempt doing so, but the capacity of the army and security forces of Tajikistan will neutralise their efforts,” he said.

But there are concerns that increased insecurity in Afghanistan could lead to many thousands fleeing border regions into neighbouring countries.

GBAO governor Yodgor Fayzov told a special meeting held on June 20 that the local authorities were prepared to accept between 5,000-10,000 refugees from Afghanistan in the event of renewed fighting. He added that he feared that the number of those displaced could be up to three times higher.

Kukhdomani said that even if the situation deteriorated, Afghan refugees would try to reach Europe.

“Even if they come to Tajikistan, they don’t stay there for long. They then leave for western countries.”

Bekmukhammad also said that a mass influx of Afghan refugees to Tajikistan was unlikely. He said the country could quite easily accommodate between 10,000 and 15,000 newcomers, mainly the employees and families of local authorities and Afghan security forces.

“Afghan refugees are mainly concentrated in the United States and Europe. They consider other countries as a temporary place to stay,” he said.

This did not mean that neighbouring countries would not be affected, he continued, adding that “the tense political and military situation in northern and northeast Afghanistan causes damage to the residents of these regions and their neighbours in Central Asia.”

Bekmukhammad said that the growing influence of the Taleban in non-Pashtun regions, especially Tajik-speaking ones, met Pakistani interests, suggesting that the Taleban’s success in some provinces might be due to security blunders by central government.

“It is possible that some powers in Kabul have intentionally allowed the seizing of some districts in northern Afghanistan,” Bekmukhammad concluded. “This step was meant to supress popular non-Pashtun individuals and parties. In this context, we can see the geopolitical interests of some regional actors.