Parts of the region appear in denial, while elsewhere governments request emergency relief.

Parts of the region appear in denial, while elsewhere governments request emergency relief. 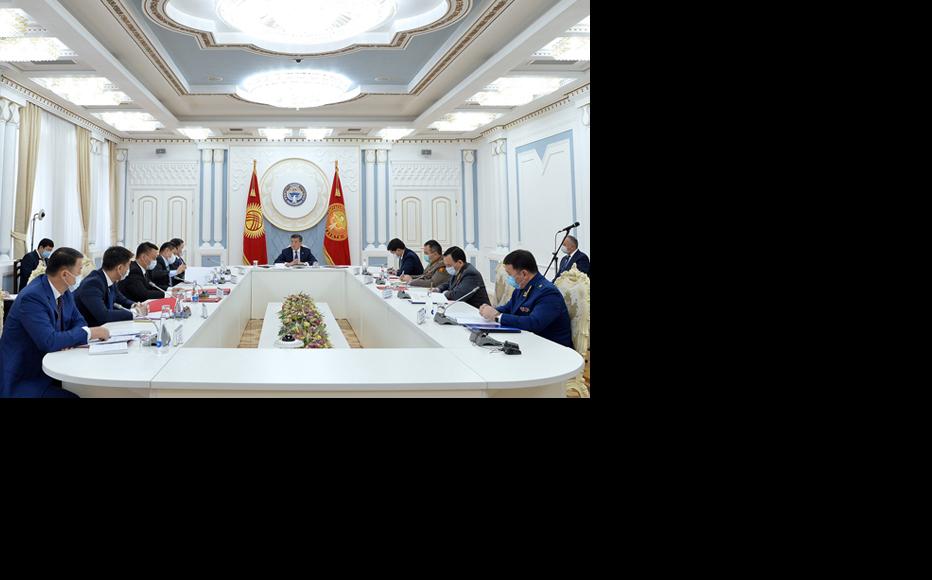 Governments across Central Asia are scrambling to deal with the coronavirus crisis, with some requesting substantial packages of international aid to help them fight the outbreak.

As well as imposing the region’s most stringent lockdown restrictions, Kyrgyzstan asked international bodies for extensive aid packages of financial assistance and help to ensure medical supplies and food security.

On March 26 Kyrgyzstan received the IMF's first disbursement in the form of a 121 million US dollar to help address the pandemic.

Although the official position was that there were no shortages of food or equipment, on March 25 Russian newspaper Kommersant reported Bishkek had requested a long list of medical supplies from Moscow as well as deliveries of wheat and cooking oil.

Medical workers in Kyrgyzstan have also used social media to complain that that they have not been provided with masks or other necessary supplies, with many forced to buy these items themselves.

One doctor in Bishkek posted on Facebook that medical staff “were instructed to prepare at their own expense medical bags where overall they should have — a protective suit, medical masks and gloves; food rations and personal care products. My question is, where are the funds allocated? Why should doctors at their own expense buy what the state should provide? Where did the money go?”

In Kazakstan, which currently has the highest number of confirmed cases, former president Nursultan Nazarbayev appealed to the public to donate to a special fund to aid crisis measures.

“I am sure that the assistance will also be provided by domestic entrepreneurs who did not stand aside in difficult times,” he announced on March 20. “Similar funds should be established in each regional centre and cities of national significance.”

The following day, his press service announced that dozens of the country’s wealthiest entrepreneurs and government-affiliated businesses had already contributed 41 million US dollars to Nazarbayev’s fund.

Kazak president Kassym-Zhomart Tokayev said that government had allocated a 10 billion dollar package of anti-crisis measures to support those worst effected, including the socially vulnerable and those left jobless as a result of the pandemic.

“If we use these funds correctly, we will undoubtedly emerge victorious in the fight against the crisis,” he told a government meeting.

Most of the confirmed cases are in the capital Nur-Sultan and the second largest city Almaty, where the authorities imposed a strict quarantin.

Almaty resident Asel Shabdanova said that although it was hard to find face masks or antiseptic products, there were generally few shortages in the shops.

“In principle, life is still comfortable,” the mother-of-three said. “We know why all these measures are taken, we know that there are certain restrictions, but grocery stores, pharmacies continue to operate, there is electricity, gas, so everything is fine.”

“But there is palpable tension in the air,” said Hadisha Akayeva, who lives in the city of Semey in eastern Kazakstan. “People expect that they will soon find the first infected, and are preparing to switch to distance working. They constantly ask whether markets, shopping complexes still operate. They worry whether disinfection of passenger vehicles is carried out at the proper level.”

The second-worst affected country in the region is Uzbekistan, but tight restrictions on movement and large-scale disinfection works have only been introduced in the capital Tashkent. Elsewhere in the country, there have only been some limits on travel between regions.

Tashkent resident Lola Islamova said that despite the restrictions, “there is no panic, grocery stores are working, and pharmacies are also working. There is no shortage of ordinary masks”.

“All people consciously chose to stay at home,” she continued, adding, “It is difficult for those who continue to work because public transport does not work. I work from home, I have a small son, a schoolboy, so I’m doing lessons and physical exercises with him.”

Although Uzbekistan is yet to ask for any international aid, as the largest country in Central Asia with 30 million people, it may have to be more open about the struggle it faces.  As elsewhere in the region, rates of infection are likely to increase, not least because of waves of labour migrants returning home.

Large numbers are currently being quarantined in other countries, including numerous migrants from Uzbekistan and Tajikistan in Russia.

A fortnight ago, only those returning from countries deemed to be high-risk were placed in quarantine, while all others were asked to self-isolate at home. Now, the authorities of almost all the Central Asian states – there is no information from Turkmenistan – are implementing compulsory quarantine in converted camps, resort facilities, student dormitories and gymnasiums.

The authorities say that all citizens will be returned on special chartered flights when the quarantine is over, but there have been widespread complaints about the conditions in which they are being held.

Some have expressed fears that the lack of facilities and overcrowding will contribute to the spread of coronavirus as well as other diseases.

“They measured temperature and gave out one mask,” one Kyrgyz citizen, who was quarantined in the former US airbase near Manas airport near Bishkek, told local news agency Kaktus.media. “When asked why they give only one mask, even though people need to change it regularly, medical staff answered that there wasn’t enough for everyone. The buildings are cold, damp and dirty. There is no question of any sterilisation or disinfection. ”

Tajikistan has denied that it had had any cases of coronavirus, despite its large number of labour migrants. However, it banned the entry of foreign citizens and temporarily suspended passenger flights with other countries as well as asking the international institutions for two million US dollars to help prepare a crisis plan.

Turkmenistan also denied any cases of coronavirus and domestic movements remained generally unhindered, although limited in some regions, and train and bus passengers were being checked for fever and other symptoms typical of the virus.

Coronavirus Pandemic, Giving Voice, Driving Change - from the Borderland to the Steppes
Central Asia
Crisis, Economy, Coronavirus
Connect with us