“We are desperate, we are lost and do not know how to deal with the crisis.”

“We are desperate, we are lost and do not know how to deal with the crisis.” 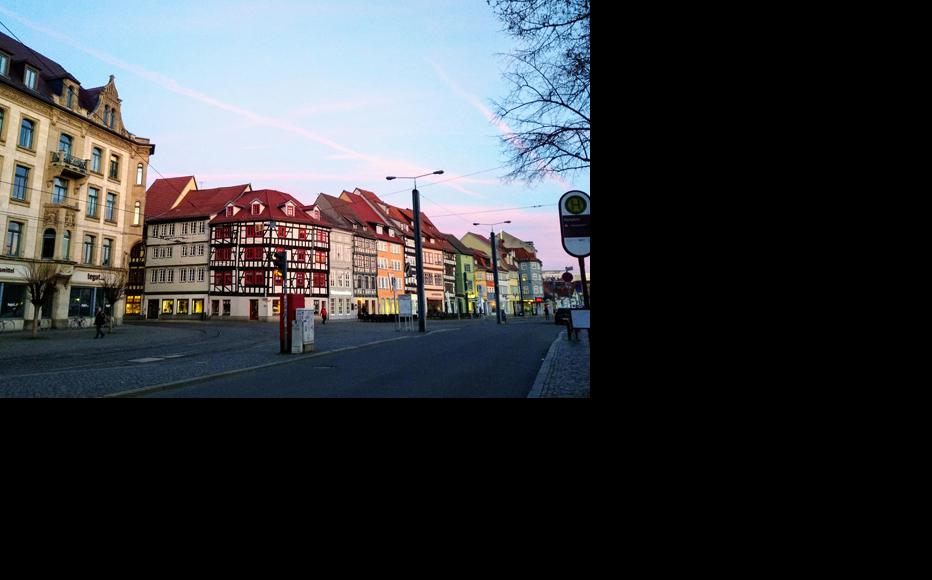 Deserted street in the city of Erfurt. (Photo: T. Svanidze)
The link has been copied

The coronovirus outbreak has left Isabeli Tsetskhladze, a Georgian student living in Germany, stranded far from her family and rapidly running out of money.

Fights to Tbilisi were cancelled when the Georgian government halted all air traffic on March 21. So she is stuck in a town near Nuremberg in Bavaria, unable to find work and – like many other Georgians in Germany - longing to return home.

“We are desperate, we are lost and do not know how to deal with the crisis,” Tsetskhladze told IWPR.

High standards of living in Europe, as well as cultural similarity, has made EU member states historically attractive places for Georgians to live. Germany is particularly popular, with 23,000 Georgians living there according to 2018 data from the State Migration Commission. Most are students or young people in short-term work, but there are also families and asylum seekers.

Many Georgians who find themselves unable to return home say that they feel abandoned by their government. While Tbilisi has scheduled special flights to bring back its citizens, it is proving extremely difficult to get tickets.

To raise awareness of the situation, Tsetskhladze launched a Don't Leave Me social media campaign featuring short videos of other Georgian students pleading with the authorities not to abandon them.

“I wanted to pass this critical situation with my family, so I booked a flight on March 26, but three days before they announced the suspension of flights,” she explained. “I learned that many students in Germany are in the same conditions, so we decided to launch a video campaign to convey our message to the relevant institutions and people in Georgia.”

According to the Georgian Disease Control Centre, while no citizens have died from the virus locally, as of April 3 five had died abroad, with one each in the US and the UK and three in Spain.

Natia Kvachadze, a nurse working in Viernheim, is hosting her family who had been visiting her when the restrictions were imposed. She believes that they would be safer back home, but has been unable to find them tickets on one of the special flights to Georgia.

Kvachadze said she was particularly worried because her job gave her first-hand experience of the situation’s danger.

“I work in a hospital and see how the situation here is getting worse, I want my family to return to Georgia safe and sound,” she continued. “I think there they will be more protected. Now I'm trying to book a flight from Germany to Belarus, and then to Armenia. From Yerevan, the government is organising free buses that will deliver these people directly to Georgia and quarantine them.”

Leri Datashvili, the president of the Georgian community in Germany, explained that the main problem with returning Georgians home was the state’s limited ability to quarantine them.

“They should have a plan for taking people back and whether they have enough treatment in case of an outbreak,” Datashvili said.

The Georgian embassy in Germany emphasised that they were working to provide assistance to citizens, regularly updating the community with information about changes and new laws in Germany, as well as in Georgia.

“We provide housing and food for those who do not have the means and accommodation,” a representative announced.

For those who are seeking asylum, despite having no right to do so beyond an obscure clause granting migrants the right to stay in cases of an extreme health condition, many are now trying to go back to Georgia.

Giorgi Enukidze moved to Germany in December 2019 to seek asylum for health purposes. He needs eye surgery, which cannot be done in Georgia, but now wants to return to his homeland.

“Here we are at a very high risk of contracting the virus,” he said. “Ten of us live in one house, while we have lunch with hundreds of people every day. Most of them are very vulnerable, they go out into the street, not caring about sanitary standards. I had a choice between life and vision, and I decided in favour of life in Georgia,” Enukidze continued, adding that he had since left his hostel with support from the embassy.

Other Georgians living abroad say that they want to return to help fight the pandemic.

One former nurse living in Germany, who asked to remain anonymous, said that she was especially concerned after Georgian Orthodox Church decided to ignore the state of emergency and urged people to continue attending religious services.

“I am a nurse by profession and have three years of experience in Georgia,” she said. “Although I was waiting for documents from one of the clinics here to start work in April, I know that my country needs me more. I hope that everything is going well, and maybe I don’t even need to be there, but if something happens, I can’t forgive myself for leaving my country.”