The crisis has brought a rare degree of cooperation and comradeship.

The crisis has brought a rare degree of cooperation and comradeship. 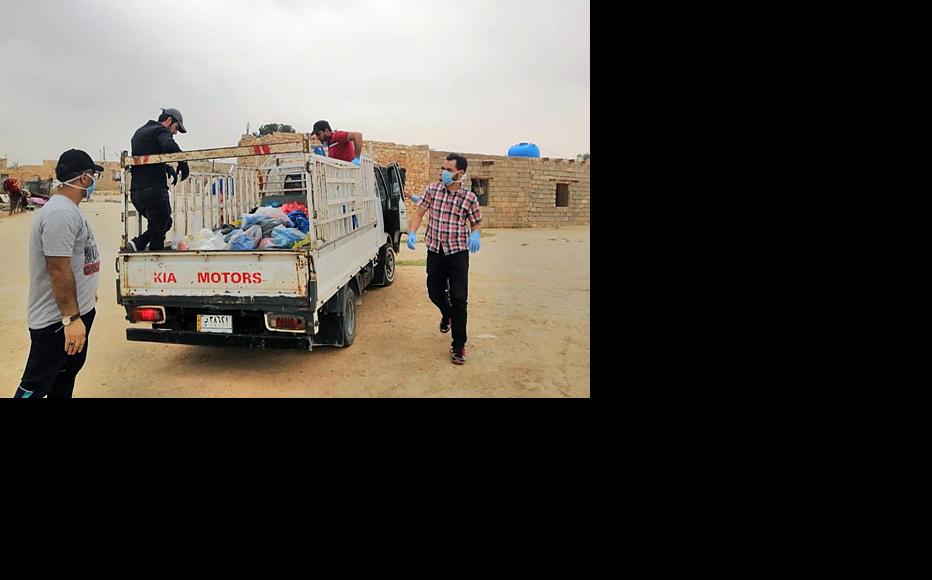 Iraqi activists distribute donation over poor families in Akour area in Anbar province. (Photo: IWPR)
The link has been copied

I come from the Levant, a part of this world notorious for its apparently endless rounds of bloodshed and sectarian conflict.

As elsewhere, coronavirus has brought great distress to this region, especially for those still suffering the effects of war, displacement and poverty.

But the virus has had another, perhaps unexpected effect – it has almost miraculously brought a level of equality and comradeship that I have never seen before.

It seems this crisis has the power to cross all our political, religious, ethnic and cultural differences.

In Lebanon, where I now live, an economic crunch has cut a swathe through the country since October 2019, with hundreds of businesses forced to close and tens of thousands of people losing their jobs. Despite this, citizen-led fundraising campaigns have been launched to support medical services, staff and hospitals in the fight against coronavirus.

The three main Lebanese TV channels have also thrown their efforts behind these campaigns, with nightly reports and live broadcasts showing how people from all walks of life, rich and poor alike, donating what they can to these drives. Even children are sending their pocket money to help with this national emergency. So far nearly 20 million US dollars have been collected from ordinary people to support life-saving medical work.

In Iraq, protestors have been marching in the streets since October 2019, demanding their rights and a chance for a better life.

They were met with state repression and police brutality; many were injured and many died. But now, in the face of this new crisis, the demonstrators ceased their protests and are now actively cooperating with the government that just weeks ago were attempting to silence them.

The youth turned from demanding political change to social activism, channelling their energies into raising public awareness of the disease online and campaigning for economic measures to ease the pressure on ordinary people.

While Iraqi political oppositions, governments, and regimes are working together against this global threat in a very rare spectacle.

Elsewhere, the circumstances of this emergency have led hardline regimes to ease authoritarian measures. In Iran, for instance, thousands of prisoners, including many political prisoners, have been released from prison.

There is no doubt that such actions are also led by convenience; easier to release detainees from squalid and overcrowded conditions that to institute decent measures of hygiene and care. And in many parts of the Middle East and North Africa region – in Syria, Yemen, Libya – the almost complete absence of public health provision means that communities have no option but to do their best to help themselves.

The life-style that we as individuals, groups or even states, have developed in recent decades - based on rapid economic growth and fast-paced development - has made the world feel smaller, but simultaneously stripped many of us of our sense of community.

It was unsustainable. Our differences became bigger than our similarities, and we used our developed technologies and international systems to amass and fight for power.

It is tragic that it may have taken this terrifying pandemic to realise that cooperation is such a vital part of our future. If people all over the world can unite to respond to a universal trial, it should be possible, when this crisis eases, to move forwards in a new spirit to  peacefully resolve our challenges and differences.