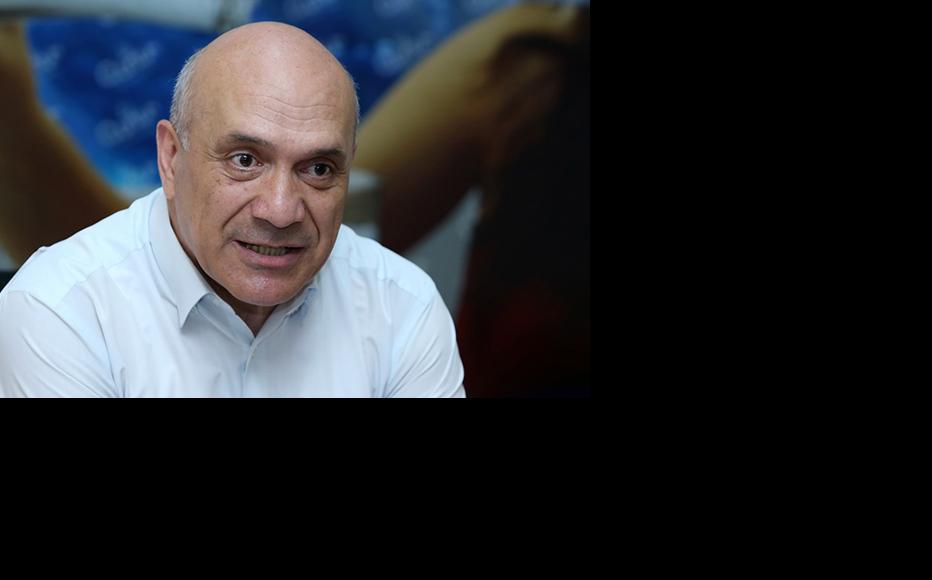 Anahit Martirosyan recently recovered from coronavirus. But the 48-year-old, who lives in the city of Echmiadzin in western Armenia, did not actually believe that the virus was even real until she became infected herself.

“I went out without a face mask and I thought that the problem did not exist in reality,” she said. “I believed officials and doctors who were, and still are, agitating against wearing face masks and lockdown measures, on the grounds that Covid-19 is a myth. I didn't know that doctors could also spread disinformation.”

She was just one of thousands of Armenians who have fallen victim to fake news stories that spread about Covid-19. Disinformation and unverified facts have become a serious danger to public health.

These false narratives also come from people seen as having expertise on the subject.

Marina Khachatryan, a neurosurgeon and former member of the Yerevan Council of Elders who now heads the Healthy Society NGO, initially claimed that the coronavirus was a part of a conspiracy led by Microsoft founder Bill Gates and later linked it to the 5G system.

In May, Khachatryan organised a Yerevan march to identify 5G stations that had apparently been secretly installed during quarantine. All three Armenian telecoms operators subsequently issued a statement claiming that there was no 5G network in Armenia.

In June, she initiated an online petition against compulsory vaccination.

“The vaccine will be deadly,” Khachatryan said. “Soon, according to my information, the minister of health will present a draft law on compulsory vaccination.”

The head of local NGO the Paracelius Medical Center, Nune Nersisyan, also openly questions the danger of the virus.

“I don’t wear a mask, I only advise infected people to wear it,” she said. “Masks cause allergies, cardiovascular problems, eczema, rashes, the cases of fungal diseases have increased. I want to understand whether they are trying to protect people with these masks or increase the rate of incidence?”

Nune Bakunts, deputy director of the ministry of health’s National Centre of Disease Control and Prevention, urged the public to listen to official sources of information rather than these supposedly alternative theories.

“The means to fight the disease have already been proven,” he said. “Just because someone does not believe it, doesn’t mean that the virus will just disappear.”

Bakunts said it was hard to believe that some doctors were spreading doubts about key regulations meant to contain the virus.

“Those people took the Hippocratic Oath and I feel sorry for the doctors who allow themselves to question whether to wear a mask or not,” he said. “They are not only campaigning against the measures taken by the health ministry, but are also confusing others.”

The Armenian media.am website publishes weekly digests on Covid-19, debunking fake news and disinformation. According to its fact-checker Arshaluys Barseghyan, fake news could usually be traced back to a Russian source.

She added that narratives had evolved as the crisis continued. Those who disseminated fake news about Covid-19 at first used to say that it was a lie; now they say that the virus exists but is not dangerous.

“Then they came after masks and now started a campaign against vaccination,” Barseghyan continued. “When the ministry of health said that they were negotiating with different companies, they were spreading rumours about its threats. For example, that the vaccine developed by Moderna was untested and lethal. When the minister Arsen Torosyan recently called for restricting lockdown measures, they explicitly called for the opposite.”

Information security expert Samvel Martirosyan argued that it was essential to regularly supply the public with official information.

“The information about the dangers of Covid-19 provided daily by the ministry of health is inconsistent,” he continued. “The same with the WHO, sometimes it changes its position on conceptual issues twice a day. This creates a fertile ground for all kinds of conspiracy theories, doubts and alternative opinions. The only solution to this is a media-literate society.”

He said that manipulative information around Covid-19 was being used as a political tool and created additional layers of danger.

“Fake news is spread by people who do it deliberately in pursuit of specific political goals,” he concluded.

Barseghyan agreed that the phenomenon was fuelled by fake news was spread by people who had their own agenda and intend to target a specific audience.

“They refer to unsubstantiated sources and spread conspiracy theories, which seed fear and controversy. Fake news is a lie that always hides something,” she said.

While this process had begun on social networks, it had gradually spread to television, for example in stories featured on ArmNews, Kentron and TV5 channels.

News anchor Abraham Gasparyan, who has his own show at ArmNews TV and also heads its news and analytical programmes department, said the broadcaster had the duty to provide an alternative source of information.

“We allow for free speech in its primary form, but we also pursue our own policy, which supposedly cannot be even a little opposed to official information,” he said. “The whole country is talking about the decisions of the commandant's [deputy prime minister Tigran Avinyan] office, which we also broadcast. But does the country really have no right to hear a different opinion that would challenge the official position? Of course it does.

“Our guests have the right to freely express their opinions, the media should not suppress freedom of speech, and ArmNews is a platform for differing opinions.”

He said that he had invited guests on his show who talked about their belief that 5G and coronavirus were connected, for instance.

“In my TV programme, I am trying to show that there is another opinion, which we analyse and present to the public. It means that we discuss everything at the analytical level,” he continued.

However, others believe that almost every media outlet in Armenia plays a political role.

Lawmaker Gayane Abrahamyan said that fake news was being spread for purely political purposes in an attempt to discredit the current government. The situation had deteriorated since the Velvet Revolution, she continued, since the majority of the media was still controlled or owned by former officials or oligarchs.

“The messages about Covid-19 are intended to influence public behaviour and mainly come from the opposition space,” she said. “Their goal is to… blame the government for its failure.”

On June 16, the Armenian parliament adopted a draft audiovisual media law, largely in response to Covid-19, designed to regulate the activities of television and radio companies.

Its co-author, lawmaker Vahagn Tevosyan, stated during the debates that this was an attempt to introduce a model in which freedom of speech will not be affected.

Legislation was vital, he said, “because you can't just say to the public that Covid-19 is a lie and you should not wear masks.”

Ashot Melikyan, a chairman of the Committee to Protect Freedom of Expression, said that more oversight was needed.

“Everything is so politicised, the media is so polarised and Armenia is so small that everyone knows from which camp this or that media outlet is nourished,” he said. “The person expressing the opinion must support it with facts. If a person makes judgments with reference to facts, then, yes, it is his right and no one should suppress his freedom of expression.

“But it is necessary to oblige the media to involve the official or opposite opinion in such TV shows. When the law comes into force, the regulatory agency will have the right to intervene.”