Constituency of Decency Must Prevail

Paris attacks show that combating extremism demands solidarity among all who share common values in the West, the Middle East and beyond.

Constituency of Decency Must Prevail

Paris attacks show that combating extremism demands solidarity among all who share common values in the West, the Middle East and beyond. 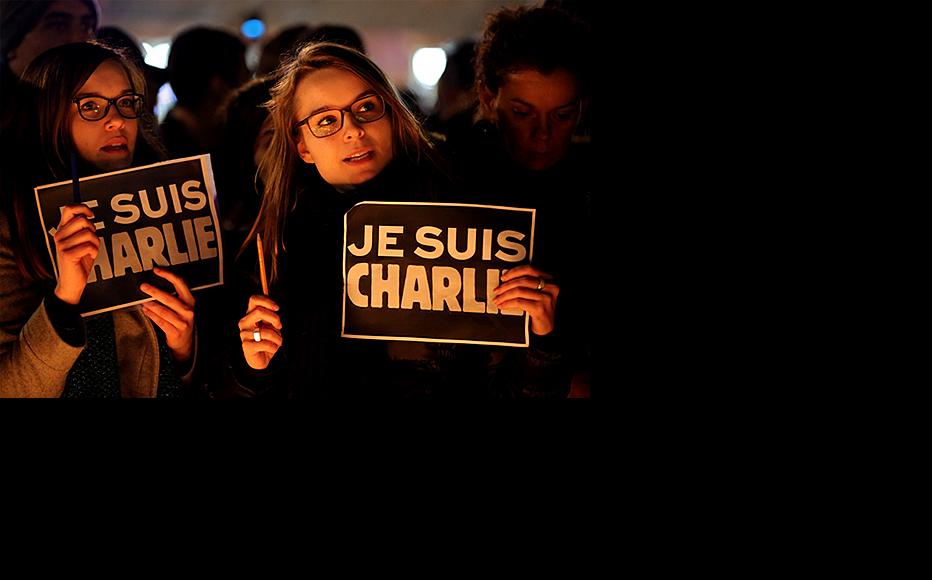 A vigil at Place de la Republique the victims of the January 7 attack on the Charlie Hebdo office in Paris. (Photo by Dan Kitwood/Getty Images)
The link has been copied

We at the Institute for War & Peace Reporting express our deepest sorrow and condolences to the families and all those affiliated with Charlie Hebdo. We applaud Libération and other French media for mobilising to support the magazine at this painful hour.

It takes nothing away from the tragedy in Paris to underline that local journalists in the Middle East and elsewhere are regularly targeted and murdered for speaking out against Islamic extremism and repressive political control.

In mid-2007, a female reporter supported by IWPR and working with Reuters in the crucible Iraqi city of Mosul produced a searing collection of reports on the risks of an Islamic extremist takeover, and the restrictions forced on the population, especially women.

The dangers were clear, and IWPR found a job for her working in another country. Yet she returned one last time, only to be assassinated by al-Qaeda. A terrible end, but Sahar al-Haidari remains an inspiration for her commitment and for her truly prophetic vision.

A few years later, a precocious young girl living amidst the Taleban conflict in the Swat valley of Pakistan joined IWPR’s youth journalism training project and started speaking out about efforts by the extremists to prevent girls from attending school.

Spirited but remarkably composed for her age, she became a peer educator in our program and started to blog for the BBC. She too suffered an assassination attempt, but survived. In December, Malala Yousafzai became the youngest person ever to receive the Nobel Prize for Peace.

Just days before the Paris attack, the first death of a journalist in 2015 was recorded when Khalid Mohammed al-Washali, a correspondent with the Yemen TV channel al-Masirah TV, died outside the capital Sanaa, from a bomb blast reportedly set off by the Yemeni branch of al-Qaeda.

The day after the French assassinations, al-Qaeda in Libya announced the execution of two Tunisian broadcast journalists who were kidnapped two months ago. Reports are still emerging, but the Tunisian media community is concerned that Nadhir Guetari and Sofiene Chourabi will not return.

Such independent local voices work to expose extremism and repression and to promote just and open societies. They have chosen to confront the core struggle head on. Attached to their home countries and regions, they battle through words to change things for the better, and they put their lives at risk every day.

In the context, it can be said that the journalists and staff at Charlie Hebdo displayed even more courage. From the comfort of liberal Paris, they did not have to provoke and attack religious extremism as they did. They could have readily concluded that extremism is in the end a Middle Eastern or a Muslim issue – “their” issue, not “ours”. With the record of violence against journalists lengthening – including the firebombing of their own office – they were well aware of the risks. Their mission was one of absolute choice.

Much of the commentary has underscored the tragedy as an attack on core French and Western values, and that is true. The killings in Paris are an attack on freedom of expression, and strike at the heart of the French Republic, the European Union and Western society as a whole.

In taking a stand, Charlie Hebdo also demonstrated profound solidarity with Sahar al-Haidari, Malala Yousafzai and the hundreds and thousands of other forthright voices in the Middle East region and beyond who struggle to be heard and to make a difference in their own societies. The satirical publication sought to do what many Middle East journalists work for on a daily basis – humble the extremists, expose repression and corruption, open up debate and press for accountability. It is the ultimate democratic mission.

In doing so, Charlie Hebdo achieved more than radical journalism. The publication demonstrated that the struggle is a common one, a global battle of civilizational ideals. It is not West versus East, but truly international. It is the vital generational struggle of our time, and just like the dangers faced daily by local journalists across the Middle East and beyond, the risks the French journalists took on voluntarily demonstrate that it must be faced together.

Solidarity is vital – among the media, and within our fractured Western societies. But it must also include the humane, the independent, the democratic voices in the Middle East and elsewhere who face this struggle every day. It is only on this broad constituency that the lsolution to this long-term conflict will be built.

The best commemoration of the brave sacrifice of the French satirists must be to build on the common ground revealed through the tragedy, to strengthen bridges among democrats – Arabs, Westerners and others – and to extend the constituency of decency which, in the long and trying struggle of ideas, must ultimately prevail.

Anthony Borden is Executive Director of the Institute for War & Peace Reporting .