Court must decide whether prosecution case is strong enough to bring Bosco Ntaganda to trial.

Court must decide whether prosecution case is strong enough to bring Bosco Ntaganda to trial. 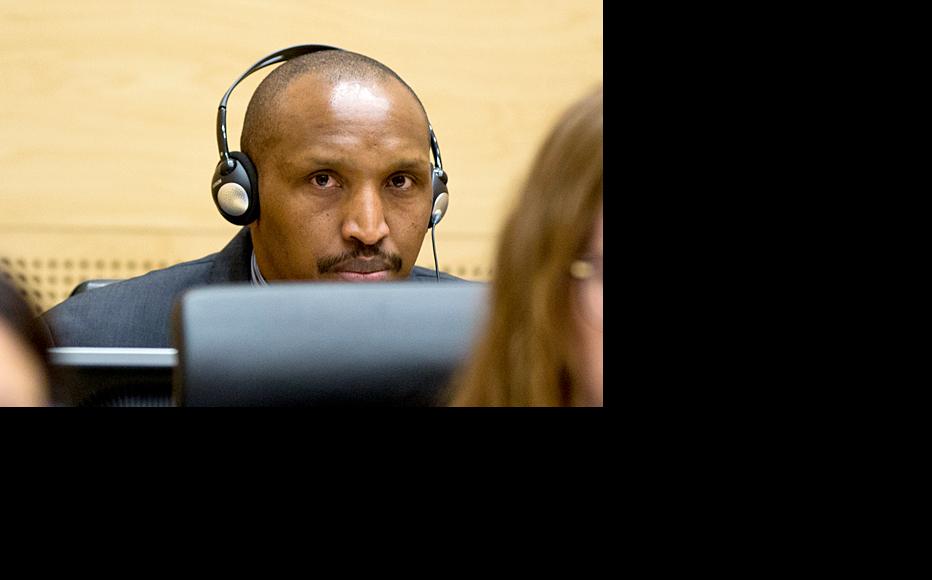 Bosco Ntaganda in court for the confirmation of charges hearing that started on February 10. (Photo: ICC-CPI/Flickr)
The link has been copied

A former Congolese militia leader has appeared before judges at The Hague as the International Criminal Court (ICC) considers whether there is enough evidence to put him on trial for war crimes.

Bosco Ntaganda faces 13 counts of war crimes and five counts of crimes against humanity committed in the mineral-rich Ituri district of the northeast Democratic Republic of Congo (DRC).

In 2002-03, the period covered by the indictment, Ntaganda was deputy chief of general staff with the Patriotic Forces for the Liberation of Congo (FPLC), the military wing of the Union of Congolese Patriots (UPC) party in Ituri.

The UPC was founded by Thomas Lubanga Dyilo, the only person the ICC has convicted of war crimes to date. (See Congolese Warlord Gets 14 Years for Using Child Soldiers.)

Ntaganda surrendered voluntarily to the United States embassy in Rwanda in March 2013, and was then transferred to ICC custody.

He is accused of the murder, attempted murder and rape of civilians, as well as pillaging, displacement of civilians, and attacks against the civilian population. He also faces numerous charges relating to the conscription and use of child soldiers, including rape and sexual slavery.

The five counts of crimes against humanity include the murder and attempted murder of civilians, the rape and sexual slavery of civilians, as well as persecution on ethnic grounds and forcible transfer of population.

In court on February 10, Ntaganda spoke only to confirm his identity, giving his occupation as former soldier. He showed little emotion as the charges against him were read out. He is not yet required to enter a plea, but has denied the charges.

Rwandan-born Ntaganda has fought for a series of rebel groups as well as the Congolese army, and was a senior figure in the M23 rebel movement. The 18 charges against him relate entirely to the earlier period when he was part of the FPLC.

ICC prosecutors contend that there was a policy of systematic attacks on people who were not of the Hema ethnic group with which the FPLC identified itself. They allege the widespread use of rape, torture, execution, mutilation and decapitation in addition to instances of cannibalism.

No distinction was made between age, gender, military or civilian status, prosecutors say. Perpetrators were sometimes encouraged to kill people with machetes, knives and clubs in order to save ammunition. Other tactics included planting landmines so that villagers would be unable to return to their home areas.

Ntaganda is alleged to have played a central role in the commission and execution of this policy, as to have been an active participant.

ICC Prosecutor Fatou Bensouda told the court that victims were told, “You are not human beings. In three days we will finish you all.” On other occasions, forcibly conscripted fighters said they were told that “everyone had to be killed on this day”.

People from the Lendu ethnic group, in particular, were viewed as enemies who needed to be eradicated. One witness was quoted by the prosecution as saying, “anyone identified as a Lendu was killed right away”.

Ntaganda is alleged to have engaged in anti-Lendu rhetoric and was reported to have sung songs to FPLC fighters about exterminating non-Hema.

Amongst a series of eight assaults presented by the prosecution, Ntaganda is accused of planning to seize power in Ituri’s administrative centre, Bunia, in August 2002 and then to expel the non-Hema population.

He is also accused of leading the assault that followed, which killed over 100 people and forced thousands to flee.

It was around this period that Ntaganda is said to have acquired his nickname – the Terminator.

The prosecution claims that child soldiers were forced to take alcohol and drugs, often mixed into their food. Some were whipped and raped, with a number sexually enslaved by commanders.

The prosecution claim that Ntaganda also had a special team assigned to pillage directly for him, with transport aircraft sometimes used to remove his loot.

The prosecution depicted the FPLC as organised, hierarchical and effective, with an efficient command, control and communications system.

It cited written orders in Ntaganda’s name as well as maps and video footage of FPLC attacks personally filmed by the accused. It also submitted an FPLC radio log book of Ntaganda’s military communications.

Prosecutor Nicole Samson told the court that she would demonstrate that Ntaganda was fully aware of the conduct of his troops and failed to prevent their crimes.

The prosecution is expected to rely upon evidence from local and international NGOs and media organisations as well as from United Nations investigators. UPC/FPLC members and former child soldiers will also be called upon to testify.

Ntaganda’s defence team argued that the prosecution had insufficient evidence to support its allegations.

Defence lawyer Marc Desalliers claimed that the prosecution had begun by “throwing out allegations” and then attempting to prove them.

Desalliers questioned why an increased number of charges against Ntaganda were presented just 30 days before the hearing began, despite many years of investigation.

He compared the range of charges to “a shotgun approach, in the hope that one will hit”.

The defence further contended that the UPC’s aim was to defend local people and to provide peace and security. The prosecutor had presented a “caricature” of Ntaganda, Desalliers added.

Ntaganda’s defence said it intended to show that the allegations were vague and groundless, and that some events had not been investigated in even the most rudimentary manner.

The ICC has not yet set a date for when it will meet to decide on the future of Ntaganda's case.

Stewart McCartney is an IWPR contributor in The Hague.